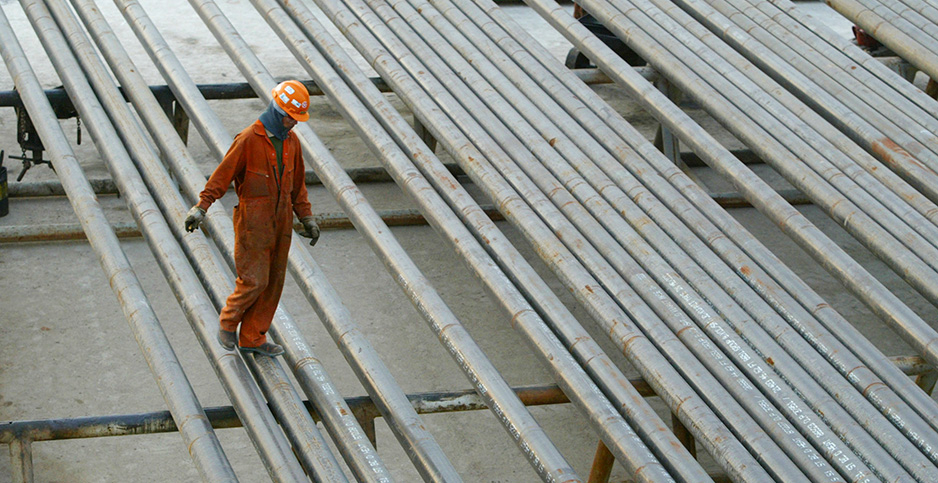 President Biden prizes cheap gasoline. He has also committed to halving U.S. greenhouse gas emissions this decade. A recent spat between OPEC producers will test whether he can have both.

Biden weighed into faltering OPEC negotiations over the weekend, calling for the United Arab Emirates and Saudi Arabia to come to terms over production quotas. A White House spokesman said yesterday that administration officials had spoken to both countries about the need to stem recent upticks in crude prices.

Biden’s intervention is not the first time he has moved to stave off an increase in oil prices. The president opposed an effort to index the gas tax to inflation as part of negotiations over how to pay for an infrastructure package, and he has been notably cool to suggestions of imposing a carbon tax.

"These are three clear and compelling signs that the administration does not want to see consumers face higher prices for fossil fuels," said Robert McNally, an oil analyst who leads the consulting firm Rapidan Energy Group. "It is climate change on the cheap. If you’re serious about climate change, you have to do what the Europeans are doing, basically banning automobiles. There is no political will to go anywhere close to that kind of stuff."

The Biden administration is committed to achieving net-zero emissions by 2050, and to decarbonize the power sector by 2035, but is working to lessen the effect of that transition on the American middle class, spokeswoman Saloni Sharma said in a statement. As part of that transition, the administration is "advocating for reliable and predictable energy supplies right now," she said.

"As we transition as quickly as possible, we need to do so responsibly and we are committed to ensuring that the energy transition is one that takes into account the interests of the middle class, who experience changes in energy prices very directly," Sharma said. "No one should doubt the direction the U.S. is going in and how we are working with the rest of the world."

The moves by OPEC come as the world economy roars back to life, sending oil demand surging even as production remains stagnant.

OPEC and allied nations, meanwhile, are sitting on almost 7 million barrels a day in spare capacity after striking a deal last year to limit production in the face of plummeting demand.

UAE now wants to ratchet up its production quota under that deal, much to the chagrin of Saudi Arabia, which has been content to slowly raise production until the agreement’s expiration next year.

Prices have surged as a result of tight supplies. The U.S. benchmark for crude has risen by more than 50% this year, and the international crude benchmark soared by almost as much. Consumers have started to feel the impact. American motorists paid an average of $2.17 a gallon at the end of June last year. Twelve months later, they were paying $3.09.

The increase has attracted Biden’s attention, as well as criticism from congressional Republicans.

"The president wants Americans to have access to affordable and reliable energy, including at the pump," White House spokeswoman Jen Psaki told reporters during a briefing yesterday. "And so that’s why our team is constantly monitoring gas prices and directly communicating with OPEC parties to get to a deal and allow proposed production increases to move forward."

Biden is hardly the first American president to intervene in OPEC talks.

The oil cartel’s ability to set prices has loomed large in U.S. politics since the 1970s, when long lines at gas stations bedeviled Presidents Nixon and Carter. President Trump had a direct hand in helping negotiate the current production deal with OPEC in April 2020, when much of the U.S. was on a pandemic lockdown and oil demand plummeted.

Trump initially praised the drop in oil prices early in the pandemic. But as extensive job losses devastated the industry, Trump realized the economic impacts of dropping demand would have ripple effects throughout the economy. So he negotiated with Russia and Saudi Arabia to achieve a staggering drop in production, or about 10% of the world’s oil output.

But where Trump openly mocked carbon-cutting efforts, Biden has sought to champion them.

The president has targeted a 50% reduction in U.S. emissions from 2005 levels by 2030. Oil is the largest source of greenhouse gases in the U.S., accounting for about 38% of American emissions in 2020, according to the Global Carbon Project.

Mark Finley, a fellow in energy and global oil at Rice University’s Baker Institute, said Biden’s call for OPEC nations to settle their dispute was a reflection of "political reality." U.S. gasoline prices have risen 85 cents a gallon this year. That equates to $120 billion in additional spending on fuel by American consumers annually, he said.

It also underlines the challenge facing Biden and his allies as they seek to green the economy.

"Energy is the lifeblood of our life and economies," Finley said. "How do you thread the needle to transition the energy system rapidly to a low carbon future while at the same time making sure there is sufficient and affordable supplies to run the economy today? This debate about gasoline prices is exactly that debate. If you get it wrong, the results are terrible in either direction."

Others said it was too simplistic to frame Biden’s move as a reaction solely to rising gasoline prices. The president will also be eager to solve the growing discord between a pair of allies in UAE and Saudi Arabia.

Countries in the global south can ill afford to pay more for energy while contending with the pandemic’s wreckage, said Amy Myers Jaffe, managing director of the Climate Policy Lab at Tufts University. More money spent on fuel is less money available for shifting the energy system, she said.

"A just energy transition to me means you’re going to consider the impact of changes in energy prices on underrepresented and low-income communities, and you’re going to consider the pollution that comes on underrepresented and low-income communities," she said. "This is the first administration that has looked at any of those questions."

This year’s run up in oil prices is different from past commodity cycles. Unlike the oil crises of the 1970s, when U.S. oil production had entered a decadeslong slide, American oil fields have been reinvigorated by the introduction of fracking and horizontal drilling. Yet U.S. producers have been slow to begin drilling again. After a decade of profligate spending, many are looking to impress Wall Street with commitments to maintain capital discipline with restrained drilling plans.

A dramatic technological upheaval in the automotive sector could be even more consequential. A prolonged period of high oil prices could accelerate the shift to electric vehicles, analysts said. That could be aided by $7.5 billion for EV charging stations included in the infrastructure package agreed to by Biden and moderate senators from both parties.

For the oil industry, the recent price volatility may be more dangerous than anything emanating from Washington. Oil became the fuel of choice for the world’s transportation system because it was abundant and prices were relatively stable, said McNally, the oil analyst. But in the last decade, crude prices have swung dramatically, topping out at over $100 a barrel while briefly plunging into negative territory during the onset of the pandemic last year.

"That is the real long-term threat to the industry. I call it space mountain volatility," McNally said. "People want stability. They want it to always be there, and to be relatively stable."

Greens, for their part, want to see the president shift the conversation away from securing cheap gas. Collin Rees, a spokesman for Oil Change International, described the administration’s effort to increase OPEC production a "quick political Band-Aid."

Reducing demand is important, but it puts the onus on consumers rather than on oil companies to cut emissions, he said. OPEC tensions and the rising gas prices can be used to show people how fluctuations in international markets can hit their wallets.