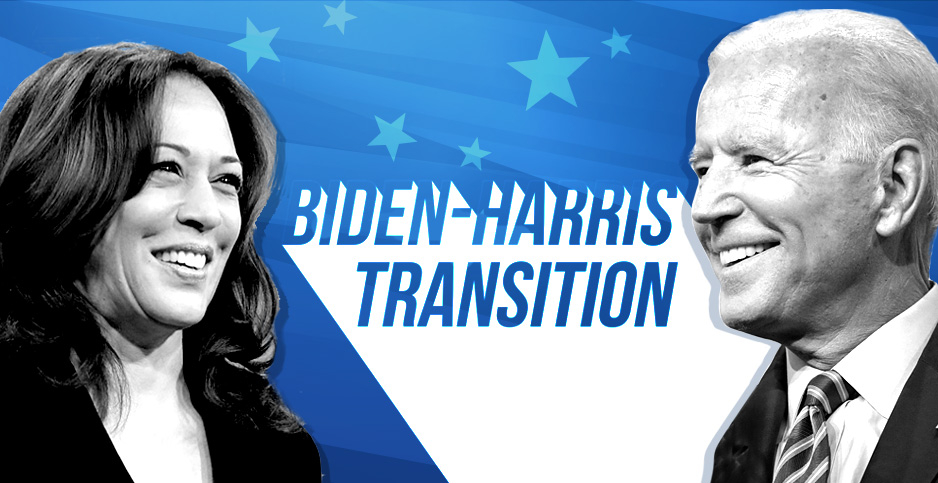 President-elect Joe Biden’s transition team has moved into the next gear, reaching out to federal agencies in preparation for his incoming administration.

On Monday, the General Services Administration ascertained Biden was the winner of the 2020 presidential election. That freed up more federal funds for the president-elect’s team and gave them access to agencies’ personnel and documents.

Within 24 hours of the GSA decision, members of Biden’s transition team had contacted all of the government’s agencies, including the White House, according to a transition spokesman. Some of the agency review teams began arranging meetings yesterday, with roughly 20 scheduled through Tuesday.

Some of those meetings have already occurred.

"We will comply with any protocols directed by GSA," Hewitt said.

Other agencies are in touch with Biden’s team as well.

The Department of Energy has begun conversations with the Biden transition team, according to a DOE official.

Conner Swanson, an Interior Department spokesperson, said Interior had established its transition team in May as required under the Presidential Transition Act. That team is led by a director and made up of senior career officials from across the department.

"They will continue to comply with all requirements under the law," Swanson said.

Other offices at Interior are ready to help Biden’s transition effort.

"We will certainly engage as early as possible with them to explain who we are and what we do and what value we add on, and we also try to provide fraud awareness briefings," Interior Inspector General Mark Lee Greenblatt told E&E News in an interview.

Both sides have had to wait for the transition to formally begin.

News organizations called the presidential race for Biden on Nov. 7, but he had to wait 16 days until GSA sent him its ascertainment letter as President Trump disputed election results.

GSA Administrator Emily Murphy came under increasing scrutiny from Democratic lawmakers as the wait for the formal transition to begin went on for days. More and more Republican elected officials also have acknowledged Biden’s victory.

Trump has tried to overturn the results, with his campaign filing a flurry of lawsuits and him lobbying state lawmakers to swing electors his way. Those efforts have fizzled as states have begun to certify vote totals.

Now the transition has moved forward. The agencies’ career staff have been responsive, receptive and helpful during the first hours of formal engagement with Biden’s team, according to a transition spokesman.

In the spring, senior career employees at DOE, EPA, Interior and elsewhere were picked by political leadership as agency transition directors. They were charged with running teams to prepare briefing materials and ready succession plans as they wait for the arrival of the president-elect’s appointees (Greenwire, Sept. 11).

Biden’s transition team has also been preparing for this moment for months. They have assembled agency review teams to fan out to each part of the government and gear up for the next administration.

Several of those teams have alumni from the Obama administration, including former EPA officials who helped draft air, climate and water regulations that have been targeted by the Trump administration (Greenwire, Nov. 12).

"This is an amazing transition. They are prepared to hit the ground running," former EPA Administrator Carol Browner told reporters yesterday on a press call.

Browner, who led the agency during the Clinton administration, said Biden’s review team’s job will be to help prepare the next administrator and their team for the incoming administration.

The transition has also started revving up for the president-elect, too.

In an interview with NBC News, Biden said the White House was working on getting him the presidential daily briefs that assess threats to the country as well as access to staff working on the COVID-19 pandemic to discuss distribution of a vaccine.

"I must say the outreach has been sincere," Biden said. "It has not been begrudging so far, and I don’t expect it to be."