Biden’s use of oil reserves overshadows past presidents 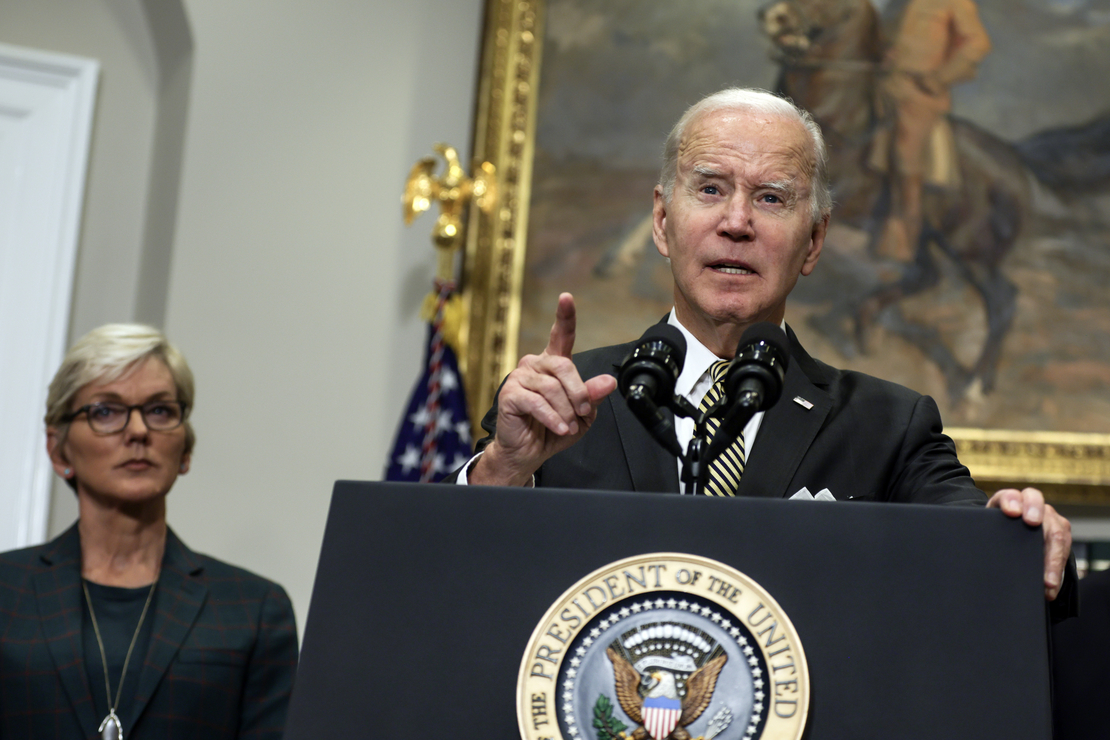 The market used to shrug off tapping the Strategic Petroleum Reserve as a political stunt. Now, even critics of President Joe Biden are noting its impact on gasoline prices.

The Biden administration is the first White House to repeatedly draw down the emergency oil stockpile over several months in an explicit bid to lower prices at the pump. At its peak over the summer, experts said, the releases likely shaved a few nickels and dimes off the price of a gallon of gas.

That’s a modest impact compared to other geopolitical forces — such as Russia’s invasion of Ukraine and production cuts from OPEC nations. But it’s more than past presidents have managed to wring out of the reserve.

“People are historically skeptical about the impacts that SPR releases can have on the market,” said Brian Prest, an economist and fellow at Resources for the Future, a think tank. “One thing that’s different this year is the sheer magnitude of the releases.”

The unprecedented deployment continued Wednesday, with Biden announcing the last 15-million-barrel drawdown of the release of 180 million barrels he authorized in March. That followed 50 million barrels released last year. And Biden said he may order more over the winter.

In addition, Congress has authorized selling a further 26 million barrels from the emergency reserve during fiscal 2023, which started in October.

The releases have become a political lifeline to Democrats as polls have shown that inflation and the economy are top concerns for voters. Energy prices in September were about 20 percent higher than the previous year.

Biden and other Democrats have sought political cover by attacking oil companies as profiteering. But to actually lower prices today, experts say, releasing oil stockpiles has been just about the only tool available.

Biden officials have reportedly explored other options, such as banning petroleum exports or lifting sanctions on oil-rich Venezuela. And the oil sector is calling on Biden to promote more drilling in the United States.

The American Exploration and Production Council, a trade group of independent oil companies, said long-term price stability would only come from more production. But it conceded that, by manipulating markets, Biden’s stockpile release would lower prices in the near future.

“Pulling more crude from the Strategic Petroleum Reserve will only artificially lower prices for the short term and should not be a substitute for long-term policies to increase domestic crude supplies,” the group’s CEO, Anne Bradbury, said in a statement.

In a bid to boost U.S. drilling, Biden outlined his administration’s plans to refill the oil reserve when prices drop to $70 a barrel. The goal is to soften some of the economic risk of drilling by assuring firms that a future recession won’t crater oil prices.

But none of those other options would translate into lower prices soon, said Kaushik Deb, a senior research scholar at Columbia University’s Center on Global Energy Policy.

Logistically, expanding production or lifting sanctions takes time, he said. And economically, oil companies are unlikely to be drawn into production by assurances of $70 a barrel when this year’s prices above $110 a barrel already failed to entice them.

“In the short term, there is no alternative,” Deb said. “This is the only thing that the administration has in its toolbox that could make a real difference in the very, very short term.”

The administration says the Strategic Petroleum Reserve still has about 400 million barrels.

Biden blames the Russian invasion of Ukraine for higher fuel costs. But the White House has worried about gas prices for longer than Russia’s nearly eight-month war.

Biden’s first drawdown of emergency oil stockpiles came in November 2021, with the Department of Energy selling 18 million barrels and releasing 32 million barrels in exchange for future deliveries to the reserve.

“The history of emergency SPR releases’ impact on prices is spotty,” Fisher Investments, a financial firm, wrote after Biden announced the first release.

Past administrations have drawn on the emergency oil reserve three times — but never at the scale Biden has.

The largest was in 2011, following the Arab Spring and war in Libya, when the United States released about 31 million barrels, according to the Department of Energy.

The United States also released about 21 million barrels after Hurricane Katrina and about 17 million after the Gulf War.

“The results were overall mixed,” Fisher Investments wrote, noting that prices fell after the 1991 and 2005 releases but that they rose after the 2011 releases.

This year, amid record releases from the oil stockpile and emergency releases from other countries, the Biden administration has argued its actions lowered gas prices by as much as 42 cents per gallon.

Releases from the United States and other countries’ stockpiles lowered gasoline prices between 17 cents and 42 cents, according to their estimates. Using another method, they estimated it at 38 cents.

Those estimates are reasonable, Deb said, though they rely on some “fairly heroic assumptions.” And, he added, the oil reserve releases were only a small component of gasoline prices, compared to other factors such as China’s falling demand.

The emergency releases helped push down prices over the summer and early autumn, but the key factors were “ample supply and weakening demand growth,” said Ann-Louise Hittle, vice president of oils research at Wood Mackenzie.

Prest, whose research the Treasury officials drew on, said the price impact of Biden’s latest release would be much smaller than earlier this year — simply because the amounts he announced Wednesday were also much smaller.

“It’s a really tricky question to figure out what is a reasonable estimate of the impact,” he said.

“They decided to release a much larger volume of oil than has been done previously,” Prest said. If the White House was merely looking for political cover, “you’d imagine them just making an announcement and doing something relatively in line with previous releases.”