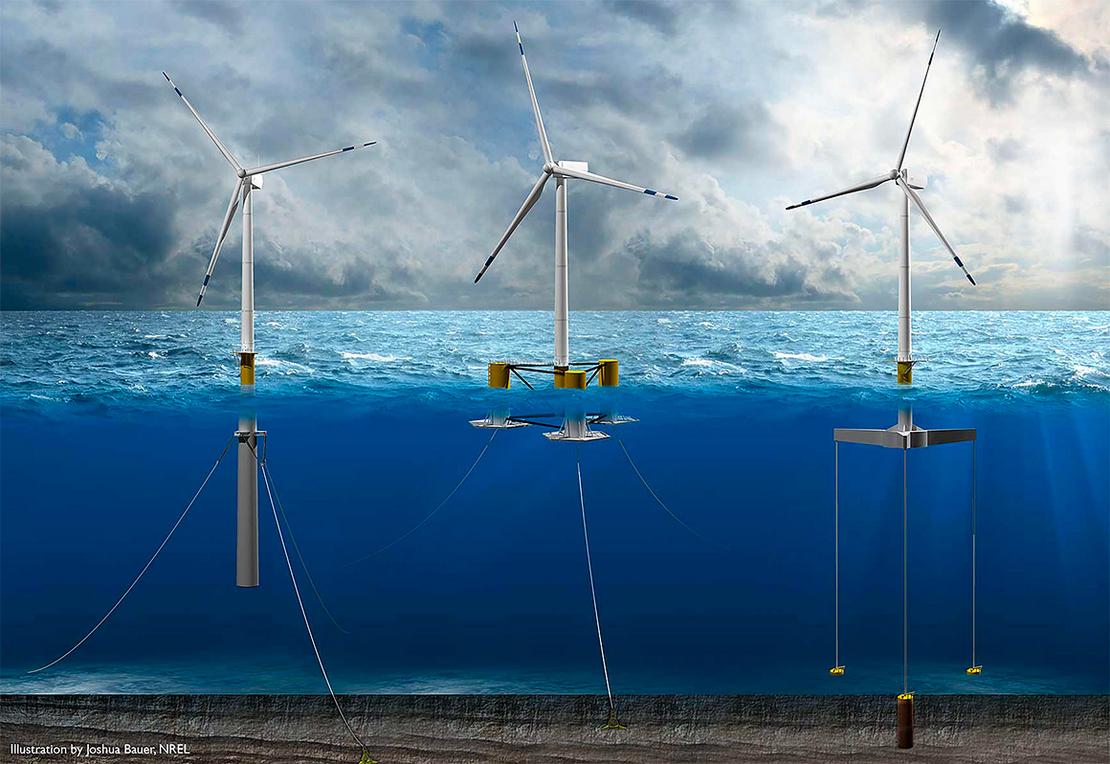 The Bureau of Ocean Energy Management (BOEM), which is part of Interior, is auctioning five leases off the northern and central California coast, a total area larger than the city of Los Angeles. The leases could support roughly 4.5 gigawatts’ worth of wind farms, enough electricity to power 1.5 million homes (Energywire, Dec. 6).

This is the third offshore wind sale under this administration. It represents a critical piece of the Biden administration’s larger climate ambitions to decarbonize the national grid by 2035 by increasing alternatives, including a commitment to reach 110 GW of offshore wind by midcentury.

It is also a critical moment in the emerging floating wind sector off the coast of California. For the first time, energy companies have a chance to stake a claim in the Pacific market, a region with strong wind, favorable state commitments to offshore renewables and large population centers. Potential bidders include international companies like Shell PLC, BP PLC, Ørsted AS, TotalEnergies SE and Equinor ASA.

Final bids Tuesday ranged from $62.7 million for a 63,338-acre lease area off the Northern California coast to $100.3 million for an 80,418-acre lease off the coast of Morro Bay. At this stage, it is unclear which companies are bidding.

The West Coast offshore wind sector has lagged behind the budding industry off the New England coast, where the nation’s first large offshore wind farms are under construction, because the Pacific’s deep ocean floor requires still-maturing floating turbine technology. The industry will also demand a ground-up development of a workforce and an offshore wind supply chain on the West Coast to construct turbines at ports and then service them long-term.

Despite those hurdles, a record 43 entities pre-qualified to participate in the auction, although that includes joint ventures with some companies potentially represented more than once.

Bidders appear to have exercised some restraint on day one of the California sale, a reflection of fears of a repeat of a contest for six offshore wind leases off the coast of New York earlier this year that escalated to $4.4 billion. The first leg of what ended up being a three-day auction closed at over $1 billion (Climatewire, Feb. 24).

Researchers at ClearView Energy Partners LLC have predicted that the California sale will exceed the prices reached during the Biden administration’s spring sale of offshore wind leases off the coast of North Carolina. But they were iffy on whether bidders would push past the New York high water mark.

“While higher prices may demonstrate a ‘successful’ sale for BOEM, state lawmakers may not be eager to promote higher lease bids as they are ultimately borne by California ratepayers,” researchers wrote in a Tuesday client note.

Additionally, the ultimate prices paid for these leases could be undercut by the Biden administration’s increasing interest in offering bidding credits to developers who invest in building out the industry, including a 20 percent credit for workforce or supply chain investment and two 5 percent credits for companies that ink community or ocean user benefits agreements.

The trade organization Business Network for Offshore Wind echoed predictions that the California sale would eclipse North Carolina but fall behind New York.

“The California market is not as strong and adding in new technology development will likely result in a lower price,” the group, which represents supply chain business, said in a note Tuesday. “However, California is a premier market with strong political and public support and being the first to market is very attractive as auction prices will only rise over time.”

Because offshore wind offers enormous amounts of carbon free power, the California sale is being closely watched by climate and environmental groups. But the industry potential impact on fisheries, marine life and birds continues to be an area of concern for many organizations.

The National Audubon Society said it will work closely with the administration to mitigate impacts of the wind industry on birds.

“Climate change is the biggest threat to California seabirds, and environmentally responsible offshore wind can help reduce our carbon emissions while protecting birds and the places they need,” said Garry George, director of the National Audubon Society’s Clean Energy Initiative in a statement Tuesday.