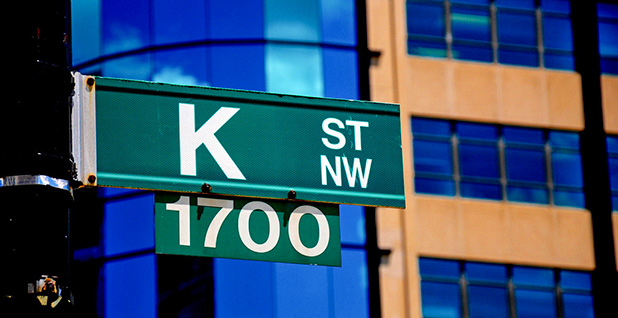 U.S. EPA and other federal agencies will undergo a major change in executive leadership as the Obama administration prepares to exit after eight years.

When they enter the private sector, EPA officials could earn three or even five times their government salaries, according to headhunters interviewed by E&E News. Those who have overseen consequential enforcement cases and hot-button regulations will be in high demand from corporate legal offices, law firms and lobby shops.

"Quite a few firms, including those with established environmental law practices, have contacted me looking for government attorneys," said Amy Savage, managing director at Lateral Link, an executive search firm. "They’re ramping up because they have to answer their clients’ questions."

Savage oversees searches for law firm partners and has a specialty in matching lawyers with firms experienced in environmental law. She said she saw "a surge of interest" by government attorneys in joining the private sector in April and May. That legal market will grow crowded after the election next week.

"There is going to be tons of supply," said Julian Ha, a partner at Heidrick & Struggles, another executive search firm. "There will be a lot of people rolling off, transitioning, lots of appointees who will be looking for a job."

If Republican presidential nominee Donald Trump wins, EPA and the rest of the administration will come under GOP control for the first time since 2009, triggering a tidal wave of personnel change. And if Democratic candidate Hillary Clinton triumphs, many recruiters still believe there will be substantial turnover at the agencies.

"Some people know they are going to leave. Some people are on the fence — they may want to stay in another Democratic administration," Savage said. "The priorities will change with the change of administration."

Private-sector compensation will be a big lure to leave civil service.

Some headhunters estimated EPA’s top leadership — those running point on enforcement actions or involved in crafting major air and water regulations, such as the Clean Power Plan or the Waters of the U.S. rule — could get guaranteed annual salaries at law firms in the range of $700,000 to $1 million or perhaps even higher, not including bonuses and other benefits. Yearly pay from corporations would likely be lower but still hefty, starting at $500,000.

Those figures easily surpass what many of EPA’s top leaders currently make.

Like most top political appointees, EPA Administrator Gina McCarthy had her pay frozen in 2016 due to language included in last year’s massive government spending bill.

John Walke, clean air director for the Natural Resources Defense Council, said ex-EPA officials’ moves to the corporate and legal world will not be unusual.

"People need to work and pay the mortgage. That’s perfectly appropriate," said Walke, who worked at EPA from 1998 to 2000 in the general counsel office.

Walke also expects there will be some movement between EPA and environmental groups with President Obama leaving office, but not much.

"If you look at past Democratic administrations, you can point to a few officials who have ended up at environmental groups, but the numbers are modest. Those numbers are also outpaced by hires in the private sector," Walke said.

Not ‘oil and gas crowd’

Agency expertise is in high demand outside of government. Scott Segal, a partner at Bracewell LLP who represents energy companies, said former EPA officials can be "invaluable" for clients.

"Given that regulations often stretch existing programs and laws to their breaking point or beyond, it is extremely helpful to have the wise counsel of former EPA officials in interpreting the direction EPA is going. Lay on top of that the technicalities of EPA programs, and folks with government experience can be invaluable," Segal said in an email.

"It’s a great team of smart and dedicated individuals. The service provided to clients is essential to first-rate representation," Segal said.

All four at Bracewell served at EPA during the George W. Bush administration and often now represent industry in court and lobbying battles since leaving the agency. Recruiters believe President Obama’s picks at the agency may choose a different route.

Nels Olson, vice chairman of Korn Ferry, an executive search firm, said EPA officials now serving may not take the business path once out of office.

"Clearly, this is a time in the administration where officials in EPA and elsewhere are looking for opportunities. It will be more fruitful for them to focus on the environmental not-for-profit and law firm opportunities than the more traditional corporate ones," Olson said.

Others in the headhunting world agreed.

"You can go to industry. I’m not sure if this is an oil and gas crowd, but they could go to alternative energies. They could go to K Street and work for a law firm or a lobbying firm," said Ivan Adler, a principal at the McCormick Group.

Adler, who specializes in recruiting for government affairs jobs, said, "The people coming out of the Bush administration were more apt to go to industry. Philosophically, idealistically, this is just a different crowd."

EPA officials’ move to the private sector may take more time than in the past. In July, the Office of Government Ethics updated its rules governing the "revolving door," strengthening requirements that federal employees properly recuse themselves when entering job negotiations.

"The ethics offices are much more attentive to this than they have been in the past, and frankly, the media attention surrounding the tweaks made employees much more sensitive," Kelner said.

Consequently, EPA officials may stall job talks in order not to recuse themselves from their policy work. Savage said members of the administration are consulting ethics officials early on in the job hunt process.

"I would say my government attorneys have gone to their ethics officers much more frequently than they have before in the past," Savage said. "Now, it is one of the first things that they do."

Segal said OGE has specifically recognized that former EPA officials can advise clients on compliance and legal issues, including with laws as complex as the Clean Air Act.

"That’s as it should be. As the government seeks to wring more compliance obligations out of existing laws, it is essential for those targeted by such maneuvers to have a full understanding of the framework of the laws," Segal said.

‘They will know how it works’

Several former EPA officials who served during the Obama administration have already found success outside of government.

Arvin Ganesan, who was EPA’s chief liaison to Congress, is now vice president at Advanced Energy Economy, a clean energy trade association. Lisa Heinzerling, once EPA’s policy chief, is a law professor at Georgetown University. Scott Fulton, formerly general counsel for EPA, is president of the Environmental Law Institute. Bob Perciasepe, an EPA veteran who was the agency’s deputy administrator, is president of the Center for Climate and Energy Solutions. And of course, former EPA chief Lisa Jackson landed a plum position at tech giant Apple, leading its environmental and social initiatives.

Current EPA officials’ value on K Street and elsewhere may spike if Clinton wins and maintains Democratic control over the agency.

"They will know people. They will know how it works. They will know the incoming people and will be helping them transition in," said Chris Jones, founder and managing partner at CapitolWorks, an executive search firm that focuses on government relations and public affairs jobs.

"The outgoing Obama people will be seen as a resource for the incoming people," said Jones, noting Washington is the market for their skills. "A lot of these people — Obama, Clinton — have been circulating for 20 years and have been working their way up."

After all, people who know how the government’s sausage is made, including at EPA, will always be prized by those affected by federal litigation and regulation.

Savage at Lateral Link said, "It comes down to the business case."

"You could have two people who have similar roles in EPA, but they could get different salaries depending on the demand for their skills. Someone who worked in air could be in demand more than someone else," Savage said. Also, whoever now can fulfill clients’ needs can anticipate higher compensation in return.

"If the firm has an overflow of work and someone from government can step in right away and do the job, you will see that their pay will be stronger," Savage said.