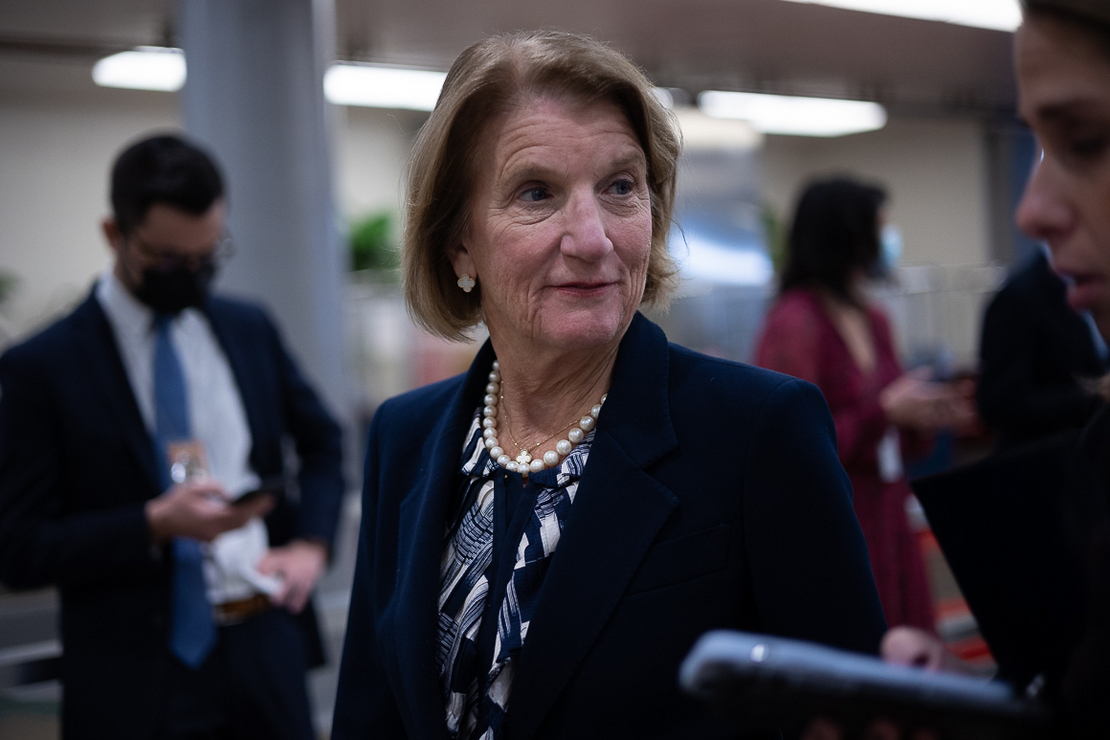 Environment and energy earmarks are big winners in this year’s Senate fiscal 2022 bills, with more than 20 percent of all congressionally directed spending riding on two appropriations measures.

Earmarks have been revived for the first time in more than a decade, and the Energy-Water and Interior-EPA bills have become vehicles for much of that directed spending.

Under new, narrower earmarking rules, water and infrastructure projects are favored because they meet a key requirement aimed at avoiding conflicts — earmarks must benefit state and local governments, not private entities.

While these earmarks won’t be final until an omnibus spending bill is passed, likely later this year, an analysis by E&E News offers a possible road map for lobbyists, advocacy groups, and state and communities looking to win earmarks in a new era.

It shows that focusing on federal aid for state and local infrastructure, water projects and environmental protections is one way to capture the interest of lawmakers without running afoul of new ethics standards.

“It’s all transparent. It doesn’t add to what we are spending. It’s just directing it from what we spend into our communities, so I can defend those,” said Capito, a top appropriator.

She, along with Sen. Joe Manchin (D-W.Va.), won the largest single earmark in the Interior-Environment bill, $22 million, for expanding the capacity of a water treatment system in Weirton, W.Va.

Appropriators provided $6.28 billion for thousands of earmarks in nine spending bills. Of those congressionally directed dollars, $785.7 million went to the Energy-Water bill and $599 million to the Interior-EPA measure — a combined 22 percent of all earmark spending.

The review also shows Senate earmarks are almost split equally among the parties, appropriators who wrote the bills took home the bulk of them and most Republicans opted not to request any.

While Senate appropriators have previously published their earmarks, the analysis by E&E News sought to put the figures into broader context by breaking out total spending in each bill and ranking the lawmakers.

“Both Republican and Democratic earmarks will stay in if we vote on the bills,” said Senate Appropriations Chair Patrick Leahy (D-Vt.) last week, hinting the directed spending could help prod the slow-moving appropriations process.

The spending places Energy-Water at fourth and Interior-EPA fifth in a ranking of the nine spending bills receiving money.

The Transportation-Housing and Urban Development bill ranks first with $1.6 billion for scores of infrastructure and housing grants, while Homeland Security is the smallest with $61.5 million, including grants for pre-disaster mitigation work.

The Defense, State-Foreign Operations and Legislative Branch spending bills did not carry any earmarks, as they do not often fund community projects or nonprofits.

Of the top 10 senators receiving earmarks — all appropriators — seven of them are Republicans, even though Democrats control the Senate and received about 52 percent of all earmarked dollars.

“I got some earmarks that we believe are very meritorious, and we are happy to talk about them,” said Sen. Richard Shelby of Alabama, the top Republican on the Appropriations Committee, who won $132 million for the Alabama State Port Authority for upgrades.

His $552 million in earmarks led all senators and was nearly $200 million more than what the second-highest recipient, Sen. Lindsey Graham (R-S.C.)., was awarded.

Feinstein, the chair of the Energy and Water Development Appropriations Subcommittee, led Senate Democrats with about $260 million in earmarks. Specifically, she would get $53 million in the Energy-Water bill for several water projects and studies, including $8.6 million for the Channel Islands Harbor dredging project.

Sen. Patrick Leahy (D-Vt.), the chair of the full Appropriations Committee, ranked second among Democrats with $252 million in earmarks.

E&E News found that in the Interior-EPA bill, 242, or 67 percent, of the earmarks were for EPA waste and water infrastructure grant programs for local communities. Other earmarks in the bill were more spread out with money going toward the National Park Service’s Historic Preservation Fund, the Land and Water Conservation Fund, and various Forest Service initiatives.

Many of the earmarks in the Interior bill are for EPA grants at or under $1 million.

In addition to the $22 million for the water treatment project, Capito won the most overall earmarked dollars in the bill as well — $113 million. Manchin, also an appropriator and frequent EPA critic, was the top Democrat with $55 million, including some he jointly obtained with Capito.

Capito noted the Mountaineer State has a history of prodigious earmarks that for decades were doled out by the late West Virginia Democratic Sen. Robert Byrd.

Sen. Lisa Murkowski of Alaska, the top GOP appropriator on Interior-EPA, received $96.6 million worth in the bill, including a $10 million EPA grant to clean up a vacant building in Fairbanks that contains asbestos.

His spokesman said Inhofe favors earmarks because they take decisionmaking away from Washington officials and turn it over to lawmakers who know best how to direct local spending.

An E&E News review of those earmarks found Oregon Democratic Sens. Ron Wyden and Jeff Merkley led the bill, receiving $85.9 million in earmarks after requesting them together.

The bulk of their earmarks was for Army Corps projects, including two of the bill’s largest — $34 million for improving areas for fish passage around Willamette River dams and $33 million for repairing a jetty in Coos Bay.

Shelby won the most earmarks among Republicans in the Energy-Water bill, securing a total of $66 million. Half of those dollars would go toward a dredging project for the Port of Mobile, Ala.

Another spending title, the Commerce-Justice-Science bill, contains $402 million for a total of 310 earmarks. While most of the money is for law enforcement, $55 million is included in NOAA earmarks.

The largest NOAA earmark was $5.6 million, secured by Feinstein and Sen. Alex Padilla (D-Calif.), for a Scripps Institution of Oceanography study of an ocean dump site of barrels containing the toxin DDT.

Shelby managed to be the largest recipient of CJS earmarks with only one earmark — $60 million for expanding a medical facility at the University of South Alabama.

On Transportation-HUD, lawmakers secured $1.6 billion for hundreds of local infrastructure projects, with 347 earmarks going to HUD and 237 to the Department of Transportation.

Shelby also dominated earmarks in the T-HUD bill, receiving more than three times any other member. They included $100 million for improvements to the Mobile, Ala., airport and $132 million for the Alabama State Port Authority for upgrades.

All told, the House bills contain about $3.7 billion in earmarks.

Negotiations begin in earnest this week over a year-end omnibus spending package, and lawmakers expect most of their requests to make it. There is only minimal overlap between the chambers’ earmark proposals.

Democrats have capped earmarks at 1 percent of all discretionary spending this year (about $15 billion). Currently, the House and Senate bills contain about $10 billion in earmarks, leaving lawmakers $5 billion short of hitting the cap.

Joshua Sewell, a senior policy analyst for Taxpayers for Common Sense, which has long opposed earmarks, sees this year’s spending bills as a return to the past.

“When the going gets tough, the Senate goes earmarking. Even when you have many in Washington saying we need to get on the road to fiscal recovery, they are falling into their old earmarking habit,” said Sewell, noting Senate appropriators have long been “first in line” when it comes to earmarks.

Sewell welcomed new rules that require more details on why a lawmaker is requesting an earmark. But, he said, it remains too hard for the public to determine how many of those earmarks are ultimately signed into law.