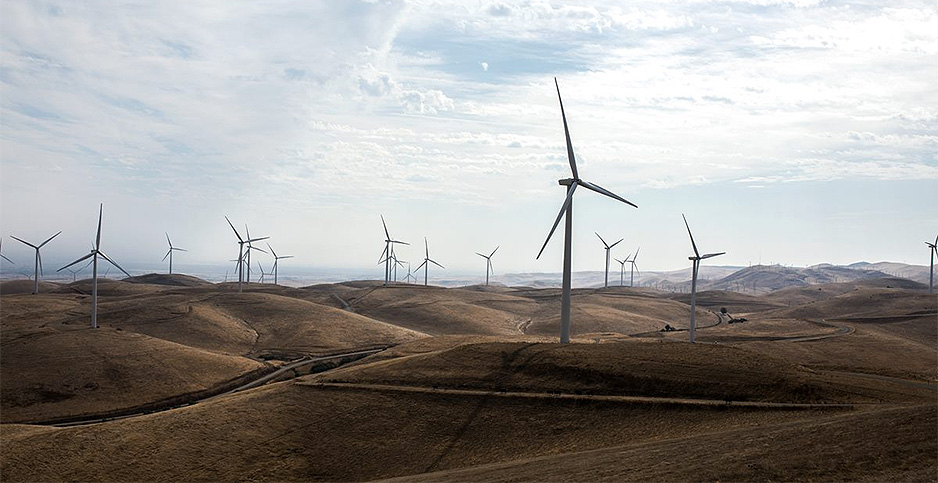 "Supermajor" has long been the term used to describe the world’s largest oil companies. Increasingly, it is coming to define the globe’s biggest producers of wind and solar power.

Iberdrola SA, the Spanish renewable titan, is valued at $78 billion. And Ørsted A/S, once a tiny Danish utility, has been transformed into a global offshore wind juggernaut worth $58 billion.

The role reversal is a reflection of the times. Oil stocks have been battered by the coronavirus pandemic and the resulting drop-off in demand. BP and Shell have been forced to write down their assets by $17.5 billion and $22 billion, respectively, as a result of low oil prices. And Exxon Mobil Corp., one of the world’s largest oil companies, was removed from the Dow Jones Industrial Average yesterday, a symbol of the industry’s sharp economic fall.

Many of the world’s oil reserves simply aren’t profitable when crude is trading for $45 a barrel.

Sky-high valuations for renewable developers also speak to wider changes in energy markets. Some analysts are predicting the world may soon see a peak in demand for oil (Climatewire, May 7).

Wind and solar are being propelled forward by a combination of falling costs and government climate targets. That has made renewable energy projects increasingly attractive to investors.

Researchers at Imperial College London recently concluded that renewable energy companies delivered better returns than their oil competitors. They also found that their shares were subject to less price volatility.

"We think we’re going to see a new category of companies called wind and solar majors," said Sam Arie, a research analyst at UBS, the Swiss investment bank. "They’re on the way to being the size of the oil majors."

The oil majors have noticed.

Those are huge targets. NextEra and Iberdrola, for instance, boast renewable fleets of roughly 19 GW and 16 GW, respectively. Ørsted has some 10 GW of renewable capacity on the books.

But the oil giants face a challenge getting into the green game: Building wind and solar projects, distributing the power, and working directly with customers are outside their area of expertise.

That has many analysts predicting a round of acquisitions.

"It’s unlikely that BP is going to develop that organically," said Gero Farruggio, an analyst at Rystad Energy, a Norwegian oil consultancy, who tracks the energy transition. "We’re starting to see a new era for the supermajors where you’re going to see major acquisitions in the renewable space."

That comes as competition grows between the old and new majors, especially for offshore wind contracts. Shell recently bested Ørsted in an offshore wind auction conducted by the Dutch government.

Offshore wind differs from other renewable projects because it offers overlap with oil companies’ existing expertise. Installing turbines in the ocean requires many of the same skills as drilling for oil beneath the seabed. It is also an area where oil companies’ deep pockets can be brought to bear on projects that are too expensive for most other companies.

Some have expressed doubts that the oil majors will overtake their green rivals. They will need to shed their fossil fuel assets if they are truly going to remake themselves, said Jigar Shah, the founder of Generate Capital, a green infrastructure investment firm.

"When you have 25,000 people working for you to find oil and gas, they’re always going to make the case to find oil and gas," said Shah, who worked for BP’s solar division in the early 2000s before starting SunEdison Inc. "It’s hard to say they are going to be best in class of developing renewable energy projects because their DNA isn’t set up that way."

To be sure, oil companies remain incredibly valuable, and many remain uninterested in going green. Exxon Mobil Corp. is valued at $175 billion, and Chevron Corp. is worth about $159 billion. Neither has outlined plans to cut emissions or invest in wind and solar at the level of their European counterparts.

Their valuations underscore another point: The world still invests far more in fossil fuels than it does in renewables. In 2019, global investment in oil and gas production and distribution was $756 billion, according to the International Energy Agency.

The world spent an additional $90 billion on coal mining and $130 billion on fossil fuel power generation. Investment in renewables and energy efficiency, by contrast, stood at $560 billion.

Those figures will need to flip if the world is to reach net-zero emissions, said Arie, the UBS analyst. In a recent note to investors, he said the world would need to spend roughly $1.2 trillion on green investments annually to meet that target, including $590 billion in clean energy generation, $550 billion on power system upgrades and $90 billion on energy storage.

At first glance, those investments look massive. But a closer look shows the world is on track to spend roughly $10 trillion on oil and gas infrastructure over the next 30 years. The challenge is really one of reallocating how the money is spent, Arie said.

Renewable developers’ rising valuations are one sign that change is underway.

"If you think about the ways a capitalist global economy would deal with climate change, it would be through capital allocation," he said. "What we’re seeing is a steady and inexorable increase in the cost of capital for fossil fuel activities and a reduction in cost of capital for clean activities."