Big Oil to the rescue? Drillers bury CO2 for a price 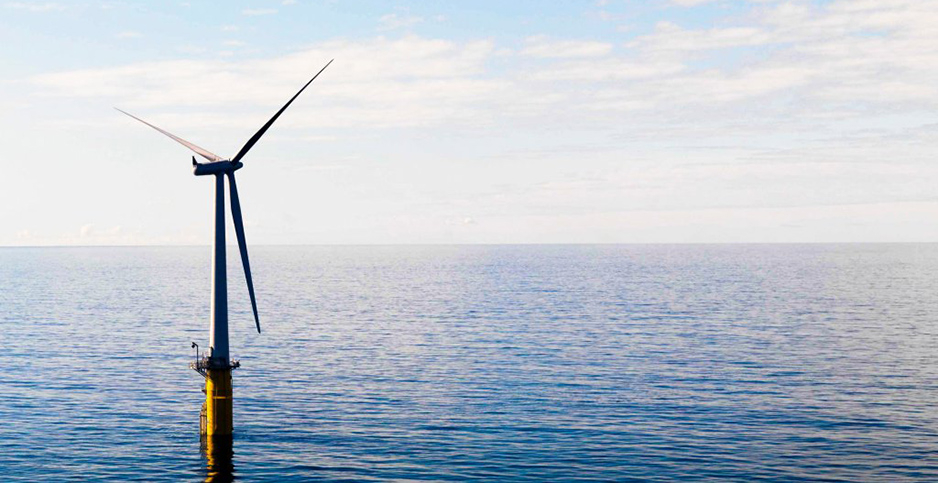 This floating wind turbine, the world's first, has been used off the coast of Norway to improve the technology since 2009. Equinor ASA

The first of a three-part series. Click here for part two.

Many of the world’s largest oil and gas companies are buying their way into renewable energies, developing carbon dioxide capture and storage facilities, and exploring battery technologies for electric vehicles.

Some of them straddle the globe to offer energy products in as many as 70 nations. On this stage, they are using their substantial financial and scientific clout to stake out strong positions in the low-carbon energy world.

One of the most ambitious portfolios is held by Equinor ASA, a company you may have never heard of. It’s the newly renamed Statoil in Norway. It didn’t use "oil" in its name to signal a growing emphasis in all energy markets.

"We are developing as a broad energy company, it has become natural to change our name," explained Eldar Sætre, the company’s CEO.

Over the past four years, Equinor has taken ownership positions in projects all over the world. Its most ambitious joint venture is an alliance with five international oil majors to set up a carbon capture use and storage (CCUS) project in Teesside, an industrial area in northeast England. It will include a natural-gas-fired power plant equipped with technology to collect and concentrate its CO2 — and gases from other plants — for burial in a mineral formation under the North Sea.

Equinor’s strategy has been to jump from existing businesses into related low-carbon ventures. It has already used its experience developing offshore oil and gas fields to make the leap into building offshore wind farms. It currently supplies wind power to the United Kingdom, including the world’s first floating wind turbines and "Batwind," the first major battery facility to store wind power. It has an offshore wind farm serving Germany and plans to build "Empire Wind," a facility off Long Island, N.Y., that would power more than a million homes in the state.

According to an E&E News review of investment activities of major oil companies, Equinor’s moves are not that unusual. Majors represent some of the most cash-rich and science-oriented companies on Earth, and they are moving at various speeds to reduce their financial exposure to the risks of climate change.

While future oil sales are expected to decline because of growing concerns about CO2 emissions, the introduction of carbon taxes and the eventual emergence of electric cars, the demand for electric power from solar and wind is projected to rise by at least 400 percent by 2040, according to a recent report by Exxon Mobil Corp.

For a company whose leaders had been viewing the oil business from Norway’s pallid sunlight for over 50 years, does selling solar-generated electric power look like a great business to get into?

Equinor was already pumping oil and gas from offshore fields it owns near Brazil last year when it bought a 40 percent share in Scatec Solar, a company that sells solar power and builds and operates solar farms in relatively sun-rich Brazil.

Irene Rummelhoff, vice president of Equinor’s "New Energy Solutions" division, called it a "sensible first step into the solar industry" that will provide "scaleable and profitable growth opportunities" in the future, according to a press release.

In its annual statement, Equinor says it expects to invest 15 to 20 percent of its capital expenditures in new energy solutions by 2030. There are more than 120 CCUS projects in the world, according to Equinor. Most of them, especially those in the U.S., are operated by oil companies that collect CO2 and pump it into existing oil and gas fields. They use the pressure of CO2 to push more oil and natural gas out of the ground.

Statoil, the predecessor to Equinor, had discovered two big natural gas fields underneath the North Sea. Carbon dioxide, which is often found in natural gas, amounted to 2.5 percent in one of them. That’s fine. But the CO2 content of the second field was 9 percent. That’s a problem because Norway imposes a stiff tax on CO2 emissions into the atmosphere, and Statoil had to figure out how to avoid the tax to make the new gas field profitable.

So it found a way to remove, compress and inject 6.5 percent of the CO2 into a sandstone formation under the sea. Since then, about 15.5 million metric tons of CO2 has been injected into the sandstone without any signs of leakage.

That led to another potential business. The capacity of the formation, called the Utsira Formation, is huge. It’s 820 feet thick and capped by a rock formation that appears to make it leakproof.

The plan turned into "Northern Lights," a project proposed by Equinor, Royal Dutch Shell PLC and Total SA, to develop a storage facility that would remove and collect CO2 from various industries in Europe. The oil companies would transport the gas by ship to a terminal northwest of Bergen, Norway, and then use an existing pipeline to inject it into the Utsira Formation.

"This is a solution for many industries wanting to reduce emissions, but who have no way of storing their CO2," Sverre Overå, a project director in Equinor, said in a recent company report. "We would like to see a moderate price for handling CO2 on behalf of others. The ambition is clear that this will ultimately become an industry that can support itself."

The Teesside project in England was the first to be chosen for the majors’ experiment with CCUS. That decision was made in November. Stuart Haszeldine, professor of carbon capture and storage at the University of Edinburgh, explained that "producing more electricity from renewable energy is a good thing, but that won’t be enough on its own" to limit global warming. "We will have to capture and store far more CO2 if we want to curb climate change in time."

The problem, as he describes it, is the lack of a business plan to commercialize the collection, burial or reuse of CO2. "Right now, carbon capture and storage is too expensive and unprofitable for many players," Haszeldine said.

The professor said that storing CO2 can be done in a very safe way. "CO2 occurs naturally in large underground deposits in many places around the world, where it has been stored geologically for many millions of years." Norway, he noted, has found a place where it can store 1,000 years’ worth of its emissions.

Climate scientists have predicted that if a commercial way to support CCUS is achieved, projects like Teesside and Northern Lights could be a giant safety valve. Right now, global emissions exceed the target required to keep warming below 2 degrees Celsius by 2050.

One scenario is called "going negative." That involves burning fuels such as wood or liquid "biofuels" now under development to make electricity. The resulting CO2 would be collected and reused or buried.

The concept — if the economics prove out — could begin to lower existing levels of CO2 from the Earth’s atmosphere.

From Equinor’s point of view, described in its "Energy Perspectives of 2018," majors see similar challenges on the horizon as the world approaches 2020. It predicts that nations may follow one of three diverging pathways just ahead. The most effective one, from a climate point of view, is named "Renewal," which calls for strong government policy coordination and support for projects that can help meet the global 2 C limit.

The second one, called "Reform," relies on world markets and technological developments to push for innovations. Equinor notes that support for carbon capture and storage remains "minuscule."

Finally, there’s "Rivalry." And it may already seem familiar to the Trump administration. It poses a world where nations clash and decisions are made based on "other political priorities" apart from climate change.

Equinor notes that the world’s two largest carbon emitters changed their policy positions after President Trump’s promise to pull the U.S. out of the Paris Agreement by 2020. "China emerged as a cautious climate policy co-leader prior to the Paris conference, and is now — with the U.S. no longer running for leadership — widely expected to assume an even more central role."

The Norwegian company’s view is that China is "not in position to fill the void left by the U.S.," but it expects that China will become part of a new coalition with the European Union and Canada to help shape the world’s emerging climate change policies.

Next: Others buy into a low-carbon world.