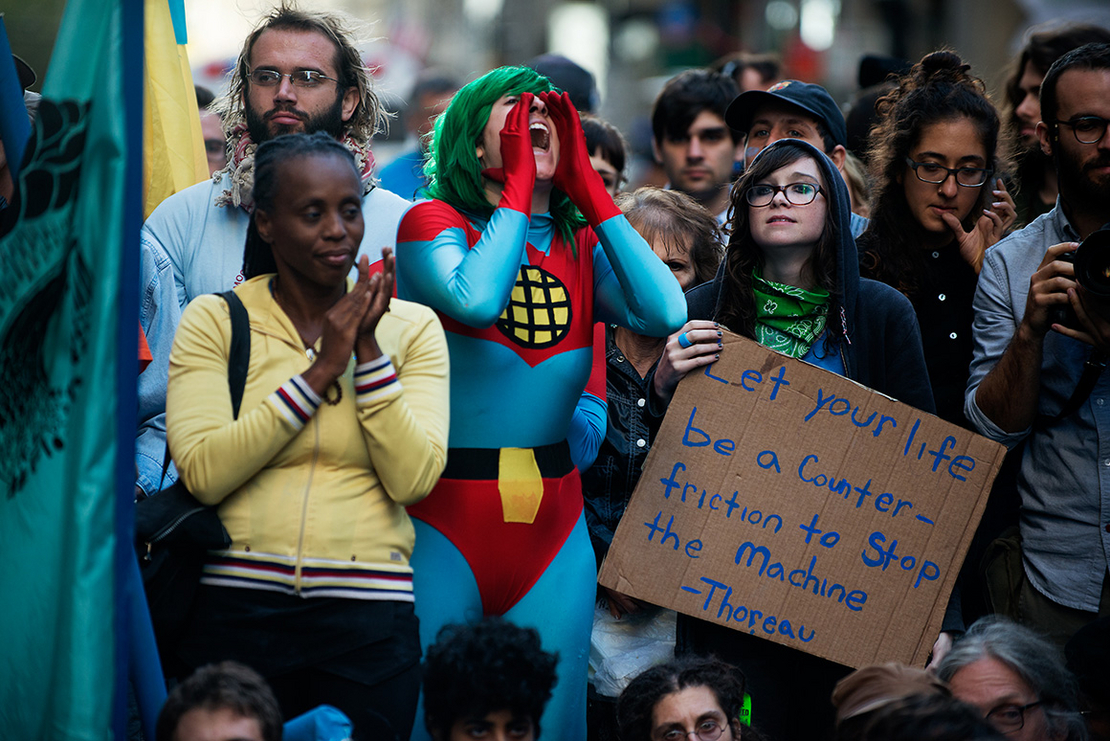 The oil and gas industry is citing “The Fresh Prince of Bel-Air” and the “Teenage Mutant Ninja Turtles” in an effort to dismiss one of nearly two dozen lawsuits that accuse the industry of deceiving the public about the dangers of burning fossil fuels.

If the 1990s sitcoms knew climate change was happening, then the lawsuits that accuse the industry of hoodwinking the public aren’t credible, Chevron Corp. argues in a sweeping new court filing. The filing seeks to document — through scientific studies, newspaper and magazine articles and TV and movie scripts — the industry’s contention that the dangers of climate change have long been widespread knowledge.

“This filing highlights decades of well-publicized facts and information underlining the potential causes of global climate change, including a connection with fossil fuel use by consumers and industries,” said one of its authors, Theodore Boutrous, a partner at Gibson, Dunn & Crutcher LLP who represents Chevron. “This voluminous record debunks plaintiffs’ allegations by showing that members of the public — including media and government officials — had ample data with which to make informed policy and personal decisions.”

Chevron’s brief asks Hawaii’s First Circuit Court to dismiss a climate litigation lawsuit brought by the city and county of Honolulu that seeks to hold a number of oil and gas companies financially responsible for climate effects such as sea-level rise and beach erosion.

Matthew Gonser, chief resilience officer at the city and county’s climate change office, noted Tuesday that in more than 100 pages “of others talking about the climate change dangers associated with burning fossil fuel products, there is not one single example of Chevron warning its own customers here in Hawaii about those dangers.”

The brief comes as a potential trial date looms, with the case poised to become the first of the climate liability cases to move out of a jurisdictional battle and be heard by a judge, though it still faces legal hurdles (Climatewire, March 4).

Jurisdictional battles have stymied progress in similar climate liability fights being waged by state and local governments from Hawaii to Rhode Island. If the cases are successful, the oil and gas industry could be forced to pay billions of dollars for its contributions to climate change.

A federal appeals court last month sided with both Honolulu and Maui County, which has a separate lawsuit, ruling that their climate liability lawsuits against oil and gas companies should be heard in state court (Climatewire, July 8). The governments filed suit in 2020, accusing oil producers of concealing the risk to the climate of burning petroleum products.

Honolulu City Council Chair Tommy Waters has called the lawsuit critical, noting the city faces “incredible costs to move critical infrastructure away from our coasts and out of flood zones, and the oil companies that deceived the public for decades should be the ones helping pick up the tab for those costs — not our taxpayers.”

From magazine covers to ‘Cheers’

The 160-page brief — so large that it was filed in two sections — is replete with pictures of national and local newspaper stories about climate change, along with Time and National Geographic magazine covers from the early 2000s featuring climate coverage. It cites a front-page story from the Honolulu Star-Bulletin in 1983 with the headline, “Use of Fossil Fuels Endangering Man.”

There’s also a 1987 “Calvin and Hobbes” comic strip in which Calvin asks his mother about “the greenhouse effect.”

One section argues that in the early 1990s, global warming was a topic mentioned in “widely successful movies” such as “Prince of Tides” and “Batman Returns.” Another argues that “widely popular TV shows” — including “Captain Planet” and the “Power Rangers” — “referenced global warming and climate change, including their potential causes.”

It includes a snippet of script from a 1991 episode of the TV sitcom “Cheers” in which the know-it-all postman Cliff Clavin warns his fellow bar patrons that “the entire East Coast is sinking” due to global warming.

The filing notes the show was No. 1 for that season “with approximate viewership of 20 million and later ranked by TV Guide as one of the greatest television shows of all time.”

The Center for Climate Integrity, which backs the lawsuits, noted the filing comes as six appeals courts have rejected the industry’s efforts to move the lawsuits to federal court, where the industry believes it would get a more favorable hearing.

“Courts roundly rejected Big Oil’s repeated attempts to escape trial, so now Chevron is reduced to quoting sitcoms in order to distract from the mountain of evidence that shows the polluter and its peers engaged in a decadeslong campaign to lie to the public about climate change,” said center president Richard Wiles. “They are desperate to escape accountability for their actions, and they are growing more desperate by the day.”

The filing also includes excerpts from editorials and political speeches, including by Hawaiian politicians that date to the 1960s. It argues that governments elected to use oil and gas because they needed to keep their economies running.

Chevron argues that the governments wrongly contend that the industry “had some unique knowledge about climate science and withheld it or misrepresented it in some way that impacted policy responses and consumer choices.”

Any suggestion that the companies “attempted to suppress awareness of climate change is also belied by Hawaii’s own long history of climate initiatives and public statements by elected Hawaii officials and legislators,” the filing argues.

The filing calls it “undisputed” that the “potential climate risks” of fossil fuels have been “widely recognized and reported on for decades” and that policymakers have long weighed the risks.

Chevron argues that every president since Dwight Eisenhower in the 1950s has “debated the merits of acting on climate policy.” And it contends that Congress has also “extensively focused on this issue, holding 246 Congressional hearings on climate change involving 1,595 congressional testimonies between 1976 and 2007 alone.”

The cities and states behind the lawsuits, however, have argued that the companies have spent decades and billions of dollars casting doubt on the link between burning fossil fuels and global warming, including running advertorials in major newspapers.

A 1998 internal strategy document written by a team convened by the American Petroleum Institute, an industry trade group, declared that “victory will be achieved when … a majority of the American public, including industry leadership, recognizes that significant uncertainties exist in climate science.”

The Center for Climate Integrity’s Wiles noted that a former Chevron executive was a contributor to API’s memo.

Chevron’s filing comes as House Democrats hold three hearings this week on the industry’s role in climate change, including an investigation into the part that industry-related public relations firms play in spreading climate change denial. Another hearing will look at whether the industry, including Chevron, is following through on pledges to go greener and address climate change (E&E Daily, Sept. 12).

The filing says Chevron Corp. and Chevron USA “recognize and acknowledge that climate change is a serious issue that warrants serious and meaningful national and international action.”

It adds that the companies “support and are actively working towards today’s energy transition, while recognizing that oil and gas remain essential for people and economies around the world.”

But it argues that “litigation funded and fueled by activists and special interests, however, is not a useful or proper way to address the problem.”