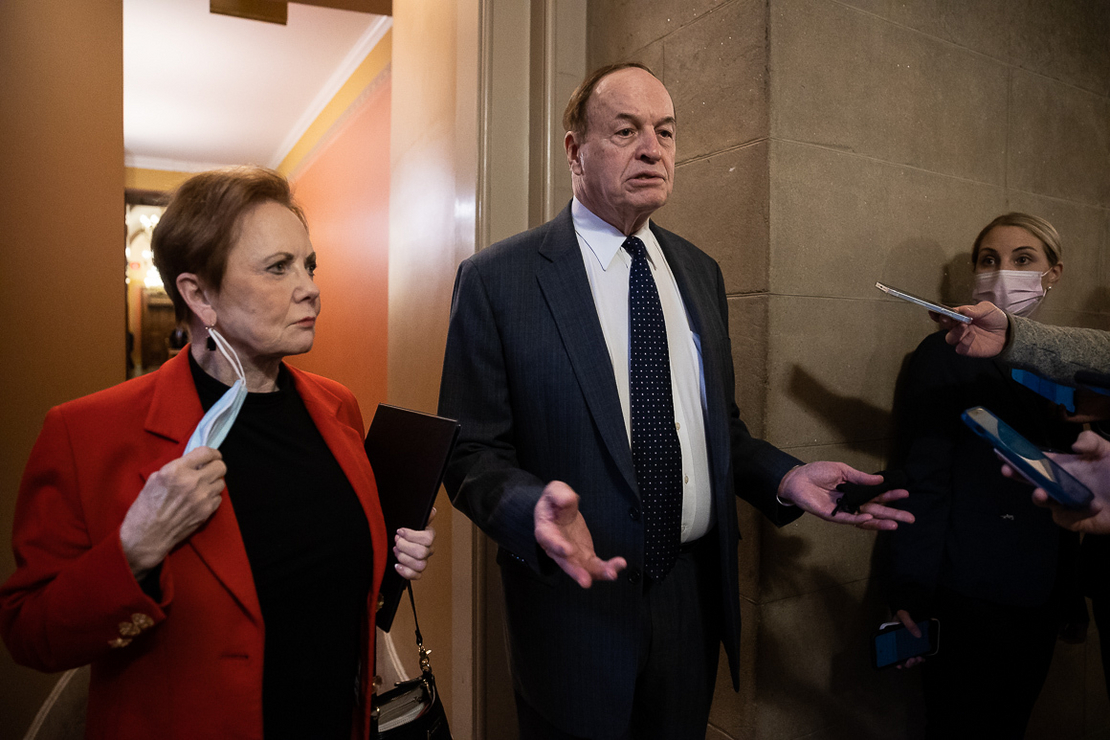 Congress faces increasing pressure to strike a deal on a fiscal 2022 omnibus spending package for federal agencies that would free up billions of dollars for new infrastructure projects that are currently on hold.

She added that she was “hoping to reach a deal on topline spending very soon.”

Senate Environment and Public Works Committee Chair Tom Carper (D-Del.), one of the architects of last fall’s $550 billion infrastructure bill that the Biden administration and Democrats have sought to promote as a top economic achievement, confirmed the delay is impacting the spending of some of those dollars.

“It’s a real concern,” said Carper, who declined to get more specific.

It’s not clear how soon the spending impasse will be resolved, though it likely won’t be by Feb. 18, when a continuing resolution funding agencies at fiscal 2021 levels runs out. Yesterday, House Majority Leader Steny Hoyer (D-Md.) acknowledged that reality.

“It’s not there yet, so I expect to do a continuing resolution to continue the authorization for government to operate and be funded this coming week, and hopefully the Senate will do the same,” he said on MSNBC.

Lawmakers are hoping to get a new deal in place that will provide fresh spending, including big increases for agencies like EPA (E&E Daily, Jan. 3).

The partisan differences over a spending framework have been the same for months. Democrats are pushing for at least a 13 percent increase in domestic spending and keeping defense spending in check with a 5 percent increase, while Republicans say there must be parity between defense and domestic accounts.

A flurry of meetings and trading of offers last week failed to yield a breakthrough. Appropriators insist once the framework is in place, they will be able to quickly settle the 12 annual spending bills that contain substantial increases for climate and clean energy spending across agencies.

Lawmakers from both parties expressed frustration that another stopgap will further delay billions in new infrastructure spending.

“If we just stick with the continuing resolution, that’s a lot of money that is not going to get out. It’s a problem, it certainly was not our intent,” said Sen. Shelley Moore Capito (R-W.Va.), the ranking member on EPW.

Rep. David Price (D-N.C.), chair of the House Transportation-Housing and Urban Development Appropriations Subcommittee, said, “It’s a big problem for all of us.”

According to Price, the problem is that infrastructure projects are funded in several different ways from various budget accounts. Some of those accounts allow for the spending immediately, while in other cases the dollars need to flow through the annual appropriations bills or through other budget adjustments.

For example, the Federal Highway Administration announced late last year that it would spend $52.5 billion on highway projects in fiscal 2022, but under the CR is currently eligible to spend less than $20 billion. In another case, billions in new Highway Trust Fund spending is on hold until appropriators use the spending bill to raise the amount of money that can be spent out of the fund.

A coalition of groups, including the U.S Chamber of Commerce, the American Public Transportation Association, and American Association of State Highway and Transportation Officials, raised alarms about the shortfall earlier this year to congressional leaders.

Rep. Marcy Kaptur (D-Ohio), the chair of the House Energy-Water Appropriations Subcommittee, said delays in an omnibus are not only holding up money for road and bridges, but some new water projects, too. She said the problem will only get worse this spring as many states and communities wait for warmer weather months to begin construction work.

“I hope the Republican minority understands that jobs are being held up because of their intransigence,” said Kaptur, who blames the GOP for slow-walking the omnibus.

Some conservatives, though, are skeptical that much of the new spending is not being distributed.

“Most of [the money] is a honeypot that the [Biden administration] can give out at their discretion. A small portion of it is by formula, but most of it is a honey pot … they’re going to spend it according to their own schedule, which will be exclusively political, but it will be substantially political,” said Sen. John Kennedy (R-La.), the top Senate GOP Energy-Water appropriator.