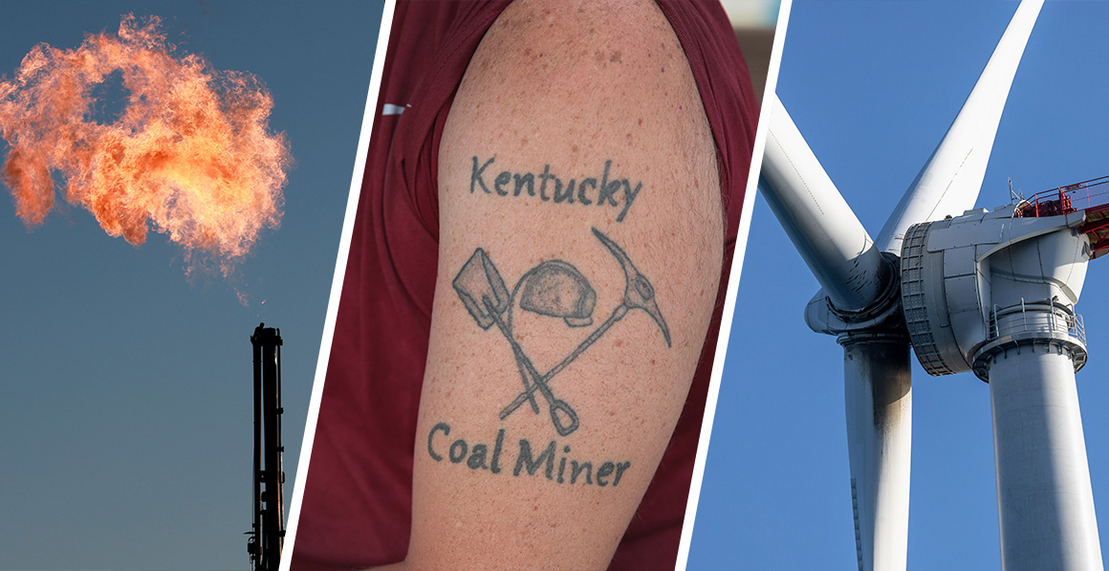 Details of Democrats’ reconciliation bill grew into greater focus yesterday as lawmakers and advocates continue to review the contents of the 700-plus pages of legislation.

The bulk of the $369 billion for climate would go to clean energy tax credits that aim to bolster technologies like nuclear, carbon capture, hydrogen, renewables and energy storage. The bill has the potential to reduce emissions by 40 percent compared with 2005 levels by 2030, backers say.

“This legislation will be the greatest pro-climate legislation that Congress has ever passed,” said Majority Leader Chuck Schumer (D-N.Y.). “This legislation fights the climate crisis with the urgency that the situation demands.”

To get those levels, the legislation contains more than just tax credits. Here’s a deeper look at the bill:

But the provision is structured differently from the methane fee that was in the original “Build Back Better Act.” Grant and rebate funding for companies to reduce methane emissions would double compared with the House-passed bill to $1.55 billion.

Of that total, $700 million would be allocated for methane mitigation at conventional wells. The money would be made available immediately.

The provision also allows companies an out if the Biden administration finalizes a methane rule. Facilities that comply with the regulation would be exempt from the fee.

Initial estimates from Congressional Budget Office scoring suggest the methane fee would generate more than $6 billion in revenue, making it more than revenue neutral, according to a person familiar with the matter who was granted anonymity because they were not authorized to speak publicly.

The bill includes a suite of reforms that would have a dramatic impact in the federal oil and gas patch, both onshore and off.

Many of the proposed reforms in a section titled “Mineral Leasing Act modernization” are longstanding asks from conservation groups and federal watchdogs to increase incomes for the federal government — and costs on producers.

Provisions include an increase in the minimum bid per acre in federal lease sales from $2 to $10 and a gradual increase in rental rates to $15 per year. Prospectors get hit with a new charge of $5 per acre on their “expressions of interest” on land for auction — the first step in leasing public land for oil development. It is currently free of charge.

The offshore oil and gas royalty rate would get a new minimum of 16.66 percent. The bill would put a cap on offshore royalties that would be in place for ten years: 18.75 percent.

For onshore leasing, the bill would strike the minimum oil and gas royalty set in 1920 of 12.5 percent and replace it with 16.66 percent.

Meanwhile, lands that are not sold in auctions would no longer be available for oil and gas leases at a discounted bid, ending “noncompetitive” leasing that has long irked critics of the oil and gas program.

Perhaps the biggest win for green groups is the increase in bonding rates for oil leases on public land. These rates are financial assurances secured prior to development that ensure money is available for cleanup should a company go bankrupt before plugging and reclaiming wells.

The bill would name as “inadequate” leases with bonding of less than $150,000 for an individual lease or $500,000 for a blanket bond of leases in a state and $2 million for nationwide blanket bonds. Every four years, the Interior secretary is to reassess and update these amounts via regulation.

Additionally, for the first time on public lands, the bill proposes royalties be paid on released methane — unless it is vented or flared for safety reasons, or used on site, such as for electricity production at a well pad.

The bill would also order Interior to begin offshore wind planning for the U.S. territories by 2025, including Puerto Rico, Guam, American Samoa and the U.S. Virgin Islands.

The legislation addresses one of offshore wind’s most pressing future challenges in the Northeast by directing $100 million of otherwise unappropriated federal dollars to Interior for transmission planning.

“The proposed Senate package will ensure that more Americans can take advantage of the well-paying jobs that will be created as more offshore wind projects are developed, all while reducing inflationary pressures,” said the Business Network for Offshore Wind’s CEO, Liz Burdock, in a statement.

“Offshore wind will play a central role in the country’s transition to a cleaner energy future by providing reliable and dependable power that is shielded from inflationary global energy markets and geopolitics,” she said.

Environmental justice, which some Democrats feared would be cut out of a Schumer-Manchin deal, emerged as a major winner in the bill.

It includes $60 billion overall for environmental justice, including $3 billion for block grants to frontline communities and $3 billion for port air pollution reduction grants.

Another $1 billion would go to clean heavy-duty vehicles, such as school busses and garbage trucks. The U.S. Postal Service would get $3 billion for zero-emissions vehicles.

The $27 billion Greenhouse Gas Reduction Fund — essentially a federal green bank — would specifically dole out $8 billion for projects in low-income and disadvantaged communities.

Labor was urging Manchin to support adding language to the Democratic budget reconciliation bill that would ensure payouts to miners suffering from black lung disease were not reduced.

A tax on coal mining that funds those benefits expired at the end of last year, resulting in a lower tax rate. Manchin himself had proposed legislation extending the tax for ten years (E&E Daily, July 27).

Retired miners and their families rely on benefit payouts to supplement their retirement funds to pay for the oxygen and medication. The debilitating respiratory illness is caused by breathing in coal dust and silica.

The United Mine Workers of America applauded the extension but said more needed to be done, including a long-sought rule to “limit silica dust exposure in coal mines,” President Cecil E. Roberts said in a statement.

“I think the electrification stuff is really going to change people’s quality of life,” Sen. Martin Heinrich (D-N.M) told E&E News. “When you have a home that is fully electrified, it is a more comfortable home that doesn’t go through big swings in temperature throughout the day and at night. And it allows us to get to a very large portion of carbon emissions.”

The package also contains $500 million to deploy the Defense Production Act to help build out domestic manufacturing of heat pumps.

Heat pumps are seen as critical for the electrification of home heating and have emerged as one of climate advocates’ preferred policies to improve home emission profiles.

The ambition has become even more timely as Europe struggles to fill its natural gas reserves ahead of winter. Russia has throttled natural gas exports in response to European opposition to its invasion of Ukraine. The White House said U.S. manufacturing could help countries transition more quickly.

The agreement would pour billions of dollars into conservation programs at the Department of Agriculture, including $1 billion on technical assistance to farmers who use the programs to reduce climate-related emissions and reduce runoff into waterways, for instance.

The bill directs more than $8 billion to the Environmental Quality Incentives Program. A top priority would be to reduce cows’ methane emissions through adjustments to feed and diet — a contributor to climate change. Another $300 million would go to collecting and analyzing information on carbon sequestration on farms.

Other winners in agriculture were rural energy projects and biofuel producers; the measure would provide $500 million to expand availability of higher-ethanol fuel, including increased capacity for blending, storage and distribution.

The measure would step up Forest Service programs to remove dead trees and other potential wildfire fuel in national forests, including $1.8 billion for “hazardous fuels” reduction in the wildland-urban interface, $200 million for forest-thinning in watersheds and $100 million to make reviews under the National Environmental Policy Act more “effective and efficient.”

It would boost reforestation, too, including $1.5 billion toward tree-planting efforts in cities and towns.

And the measure would support an administration priority launched since earlier budget reconciliation talks faltered, directing $50 million toward the USDA’s new inventory of old growth and mature forests.

The reconciliation bill includes millions to address a historic drought gripping the United States as well as funds to better prepare vulnerable communities to the threat of climate change and water pollution.

It also includes canal improvements and $25 million for water conveyance facilities with solar panels — projects the Bureau of Reclamation would oversee to boost water efficiency and clean energy goals.

Yet another section of the bill would provide money for emergency drought relief on tribal land. The bill provides $12.5 billion for near-term drought relief through Bureau of Reclamation water projects to mitigate effects on tribes, either through direct financial assistance to address drinking water shortages or cost-share and matching, according to the bill.

An additional $125 million would go to preparing species recovery plans under the Endangered Species Act.