Bipartisan deal would make Biden attack his own agenda 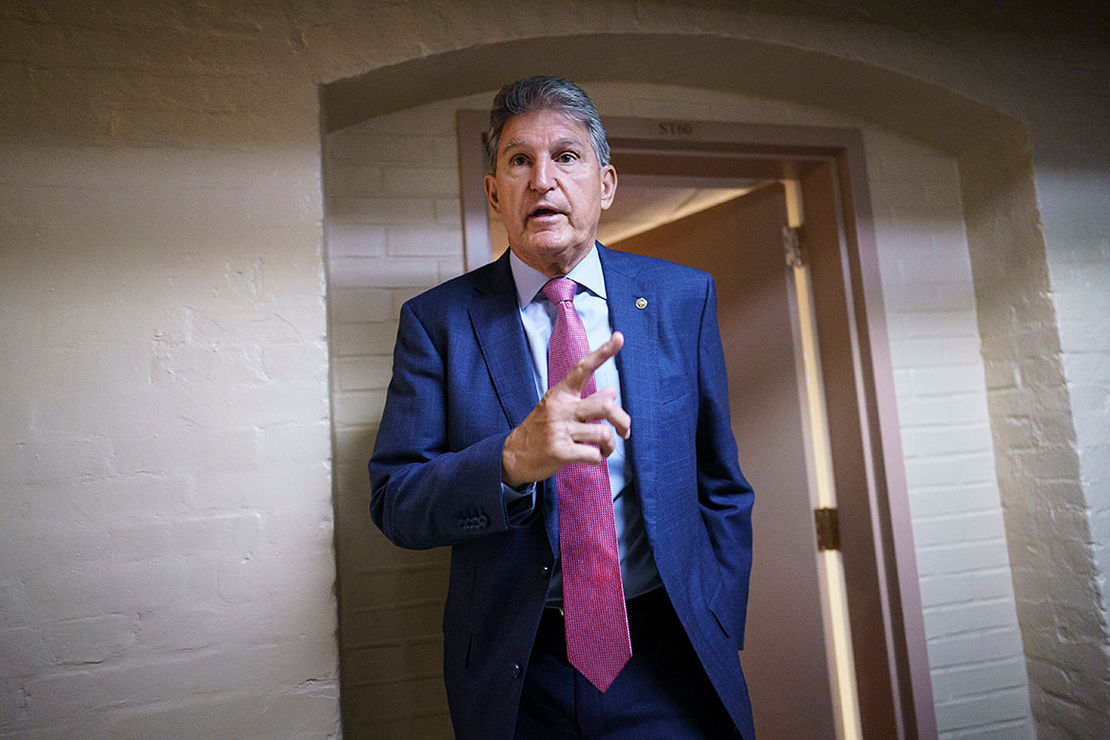 The bipartisan infrastructure deal could supply Republicans and the fossil fuel industry with fresh political ammunition.

The legislation would require the Energy Department to undertake a trio of studies framed in terms that are hostile to President Biden’s climate agenda, according to a summary of the package.

One mandatory study would require the Energy Department to report “job loss and impacts on consumer energy costs” due to Biden’s cancellation of the Keystone XL pipeline.

Another would require the Energy and State departments to analyze the “impact of forced labor in China on the electric vehicle supply chain.”

The pointed language of those requirements stands apart from other studies mandated by the deal. They echo conservative attacks on Biden’s environmental policy, though some Democrats have voiced them, too. Unions have also raised similar concerns about pipeline projects and overseas labor.

Including them in the bipartisan deal could further inflame progressives, who are already deriding the infrastructure package as the product of oil industry influence.

Biden canceled the Keystone XL’s permits on his first day in office. TC Energy Corp., the pipeline’s developer, said the cancellation forced the company to lay off 1,000 laborers and potentially reduced thousands of other jobs.

Republicans spent weeks hammering Biden for those layoffs and connecting them to his broader climate agenda. House Republican Leader Kevin McCarthy of California held an event in Texas to lambaste the president.

“Come look in the face of any of those workers who earn $80,000 a year and tell them why you took their jobs away, without ever talking to them,” he said.

Two Democrats, Sens. Jon Tester of Montana and Joe Manchin of West Virginia, earlier this year voted for a GOP measure supporting the pipeline (they later supported a Democratic measure reversing that). Tester and Manchin were also part of the bipartisan infrastructure negotiations.

Manchin has also emerged as a critic of electric vehicles.

“I really do have great concerns about our country going to the EV; that’s totally dependent on foreign supply chains,” he said at a committee hearing in June. He was even more pointed during an April appearance at the National Press Club.

“People are being enslaved in parts of the world in order to get the resources that we seem to want to be out of sight, out of mind, and we just say, ‘Well, we have an electric vehicle,'” Manchin said.

Biden has made electric vehicles a cornerstone of his climate plan. He vowed to expand subsidies and build charging infrastructure, and electric vehicle factories have become one of his go-to venues for speaking about his economic plans.

Democrats say they want to bring the EV supply chain to the United States, where environmental and labor standards are higher. But few want to delay electric vehicle adoption in the meantime, arguing that gas-powered vehicles are worse than the downsides of EV supply chains.

Some of the infrastructure deal’s mandatory studies are friendlier to environmentalists. One would analyze the benefits of electrifying ports and cutting truck emissions.

Many of the mandatory reports, though, focus on technical or niche issues, like commercial access to the Energy Department’s high-performance computers.

Other mandatory reports would cover: