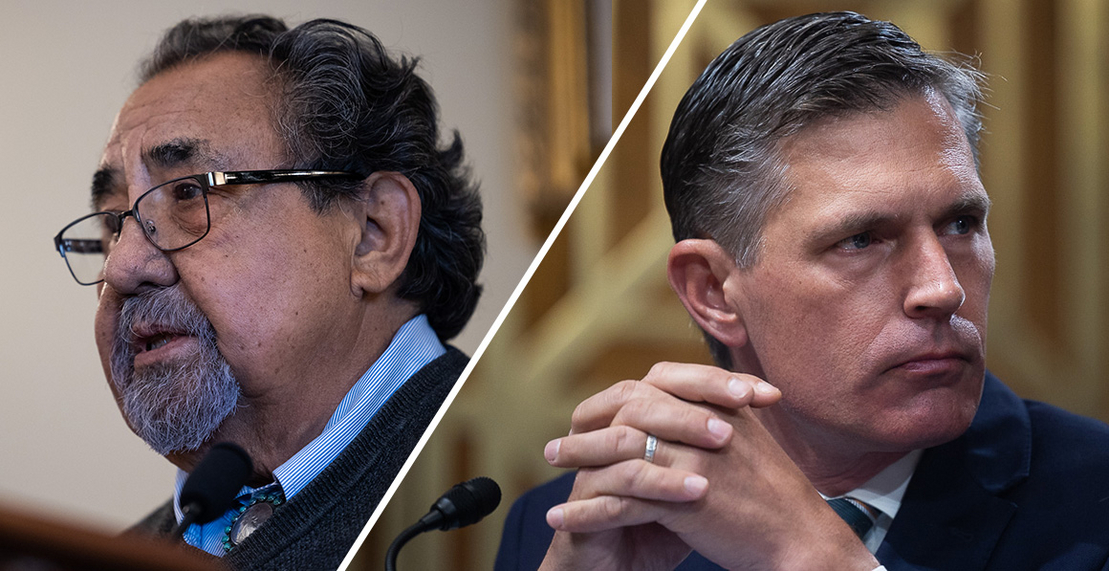 Democrats and Republicans alike say now could be the time to overhaul the 150-year-old federal law governing mining, but finding enough common ground to strike a deal will prove challenging.

Bipartisan interest in mining policy has grown as mineral supply chain bottlenecks threaten the pace of U.S. climate action. Some Democrats have said they are open to an accord that would expand extraction at home, if partnered with updates to the nation’s primary mining law, the General Mining Act of 1872.

The National Mining Association, the trade group for mine operators, has long backed Republican legislation to increase domestic mining and questioned new restrictions. But an NMA official discussed talks with leaders from both parties.

“You don’t have to roll Indigenous people. You don’t have to gut the environmental laws,” Rep. Jared Huffman (D-Calif.), a senior member of the Natural Resources Committee, told E&E News of a potential deal on mining reform. “There’s a lot that we can do without going to any of those places.”

Yet even with the changing politics around mining, including President Joe Biden invoking the Defense Production Act to help domestic production, it appears unlikely that enough pro-environment liberals will agree with pro-extraction lawmakers.

In the post, they chastised the Biden administration for blocking the Twin Metals copper-nickel mine in Minnesota near the Boundary Waters Canoe Area Wilderness and stalling the final approval needed for the government to convey land for the Resolution copper mine in Arizona.

Lesko and Stauber, the top Republican on the Natural Resources Subcommittee on Energy and Mineral Resources, called out the president for stopping two projects that “are necessary if America is to build out large-scale renewable energy or put more electric vehicles on the road.”

Grijalva, on the other end of the spectrum, called it “critical” that Congress update the 1872 mining law, particularly with the administration mobilizing to encourage mining. The White House’s Ukraine war supplemental, for example, includes $500 million for mineral production (E&E News PM, April 28).

“This is not so much about stopping mining as it is about bringing it into this century,” Grijalva said recently.

Deal or no deal?

Any deal, Sweeney said, would need to include a net “prospective only” approach to royalties, as opposed to a gross royalty that progressive Democrats like Grijalva have proposed. NMA also wants to exclude language that would “add an environmental component” to the mining law.

Last month, Grijalva and Sen. Martin Heinrich (D-N.M.) introduced bills — H.R. 7580 and S. 4083 — that would fundamentally change federal mining oversight. If enacted, the companion measures would impose the first-ever royalty on hardrock mines in the form of a gross royalty and impose new environmental requirements specific to miners.

Grijalva, who has been introducing versions of the bill for years, said he plans to kick-start the conversation with a hearing in the near future.

The bill has gotten relatively little traction so far, overshadowed by the high-profile pushes by the White House and Manchin to jump-start domestic critical minerals mining.

Also, despite historical support from environmentalists and Indigenous-led organizations, some on the left have concerns with Grijalva’s language.

Louis Galdieri, a documentary filmmaker who has for years campaigned against the Twin Metals copper-nickel mine in Minnesota, expressed frustration that Grijalva left out language in another bill, H.R. 3587, which would mandate the government engage in “free, prior and informed consent” with tribes before approving new resource projects on federal lands.

Grijalva scheduled a markup in recent weeks on the tribal consultation bill, which he says would codify and strengthen the relationship between federal agencies and Indian Country. The markup was postponed and has yet to be rescheduled (E&E Daily, April 4).

Heinrich’s bill is more moderate than Grijalva’s. Whereas the Natural Resources chair would charge a 12.5 percent royalty on new mines and 8 percent for existing operations, Heinrich’s version would limit royalties to 8 percent for new mines (E&E News PM, April 26).

From a conservative perspective, Myron Ebell, director of the Competitive Enterprise Institute’s Center for Energy and Environment, said the progressives’ bills could potentially worsen “greenflation,” a term used to describe an inflationary effect on the economy that can occur because of sudden changes to the supply or demand of raw materials for the energy transition.

Even the name given to the legislation — the “Clean Energy Minerals Reform Act” — was met with criticism from anti-mining advocates as well as conservatives.

Galdieri said the title was part of “an effort to associate all the new mining … with ‘clean energy’ [when] we all know there’s nothing clean about this kind of mining.”

Ebell, a longtime critic of mainstream climate change science, said the name was Democrats trying to “cover up” negative environmental and social issues surrounding some mining overseas, including in China.

If Grijalva and Heinrich’s endeavors fall flat, there is still strong bipartisan support to do something substantive related to mining policy.

“There has definitely been a recognition by a lot of members of Congress that we do need to develop minerals in the U.S.,” Sweeney said. “This is a bipartisan issue, and people really care about the supply chains.”

Manchin held two recent hearings on minerals policy and said he was mulling legislation with Sen. Lisa Murkowski (R-Alaska), who has successfully championed bills on critical minerals (E&E Daily, April 4). Manchin and Murkowski are also helping lead talks on a possible energy and climate bill, which may include a minerals component (E&E Daily, April 27).

However, there remains a distance between the parties on the proper middle ground between increased production and environmental protection.

This week, Senate Energy and Natural Resources Committee Republicans voted down three public land conservation bills backed by Democrats — including Manchin — because they would have restricted mining and drilling. Murkowski said current events have raised the bar for any limits to mining (E&E Daily, May 4).

“It comes down to balance and how we are able to find that balance,” Murkowski said.

EPA’s recommendation this week that the Army Corps of Engineers reject a water permit for the PolyMet copper-nickel mine also in Minnesota drew swift GOP condemnation. A release said the recommendation was part of Biden’s “War on American Minerals.”

Sen. Bill Cassidy (R-La.), a member of the Energy and Natural Resources Committee, said he would be open to a “reasonable compromise” on legislation that would enshrine more environmental protections — if the bill would simultaneously boost U.S. mining.

“If you’re really serious about renewables, batteries, energy independence, mining with environmental protections, we’ve got to do our own,” Cassidy said. “And if you’re not serious, it’s just kind of like out of sight, out of mind.”

In an interview last week, Heinrich said he was willing to entertain a discussion with the mining industry about expanding domestic minerals output if those conversations included securing updates to the mining law.

“There’s always a give and take,” Heinrich said. “If the mining industry wants to expand its production in the United States, I think that can be supported if we have 21st century mining law to make sure that those things get cleaned up and the taxpayers and locals aren’t left holding the bag every time.”

Galdieri, the Twin Metals’ foe, predicted any compromise between the Biden administration, Democratic eaders in Congress and the mining industry on reform could “unfortunately” tack “more to the center and appeal more to mining interests.”

Galderi said, “By the time it gets to the Senate, we’ll probably end up with some royalties and that’s it, if we’re lucky.”