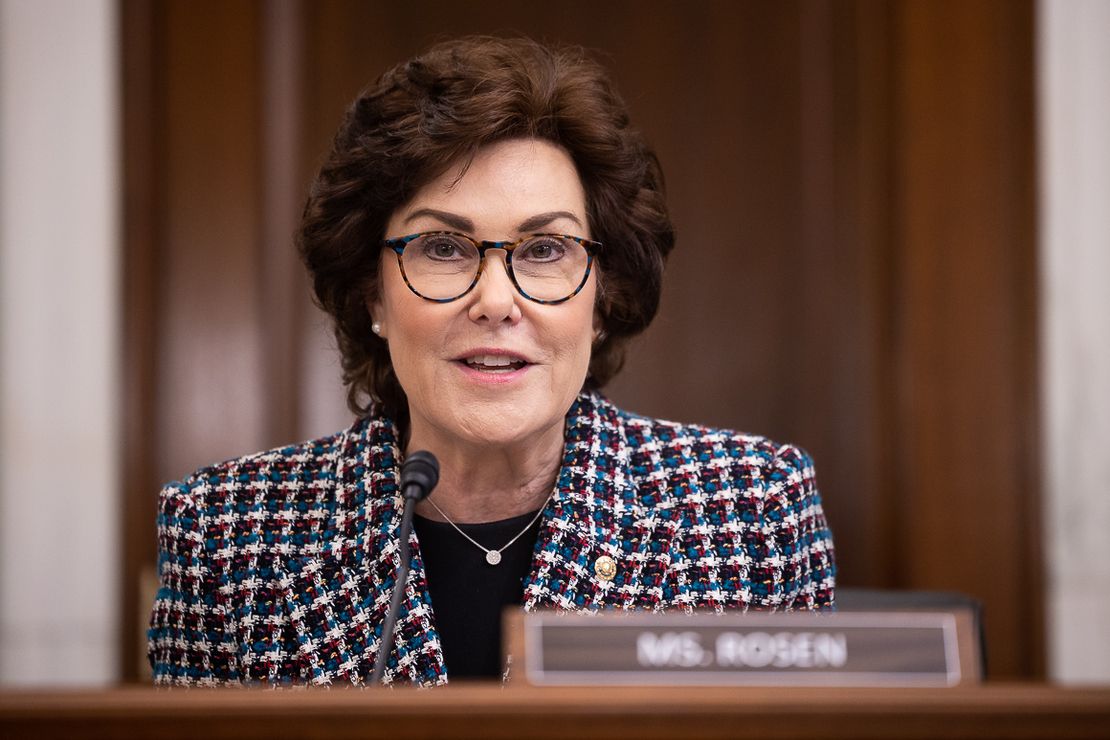 A group of eight bipartisan senators sent a letter yesterday to President Biden urging him not to extend the Trump administration’s tariffs on solar panel imports, ahead of a high-stakes decision for clean energy.

The letter, which has not been previously reported, argues that Trump’s 2018 tariffs would stymie the growth of solar power and clean jobs and add "unnecessary costs" for electricity consumers.

Led by Nevada Democrat Jacky Rosen, the letter was signed by two Republicans — Thom Tillis of North Carolina and Jerry Moran of Kansas — as well as by Democrats Brian Schatz of Hawaii, Sheldon Whitehouse of Rhode Island, Martin Heinrich of New Mexico, Dianne Feinstein of California and Michael Bennet of Colorado.

Promoting domestic solar manufacturing, as the tariffs were supposed to do, "will take time to achieve … as current domestic production only meets 15% of the U.S. solar demand," the senators wrote.

"We will need to utilize global supply chains, free of forced labor, to meet our clean energy and job creation goals while we expand our domestic solar production capacity," they said. "In the meantime, continued tariffs will hurt the nearly 90% of workers in the domestic solar industry who work in non-manufacturing jobs."

Solar manufacturers have said the tariffs need to remain in order for U.S. manufacturing to grow.

One Dec. 22, 2021, comment from Suniva Inc. to the Office of the U.S. Trade Representative, for instance, called the tariffs "vital to the future" of American solar manufacturing and said they were "the only tools" for fighting an "on-slaught of low-priced imports."

So far, federal trade officials have largely sided with solar manufacturers. In December, the U.S. International Trade Commission recommended that Biden extend the tariffs for another four years (Energywire, Dec. 9, 2021).

Biden is expected to make a decision on whether or not to accept those recommendations before Feb. 6, when the tariffs would expire.

The trade barriers in question, which apply to most foreign-made solar panels and cells, began at 30 percent in 2018 and have since stepped down to 15 percent. They also exclude bifacial panels, the special two-sided type that are a small but growing piece of the market, since they can generate power from both sides of the panel.

In their letter, the senators asked Biden to preserve the bifacial exclusion and to exclude solar cells from the tariffs as well, if the president were to ultimately decide to extend the Section 201 tariffs on solar.

The administration has so far shown little inclination to remove Trump’s measures against imports, even the Energy Department has unveiled blueprints for the future that envision solar as the U.S.’s biggest source of electricity.

Last week, lawyers for the Department of Justice gave notice they would appeal a trade court’s decision that would have struck down pieces of Trump’s tariffs, such as the exclusion for bifacial panels. That prompted the Solar Energy Industries Association (SEIA) to express disappointment with "another government misstep" in long-running legal battles over the tariffs (Energywire, Jan. 18).

Asked yesterday afternoon by a Wall Street Journal reporter whether the time had come to begin lifting tariffs on a broad variety of Chinese imports, Biden declined to answer, saying that the U.S. trade representative "is working on that right now."