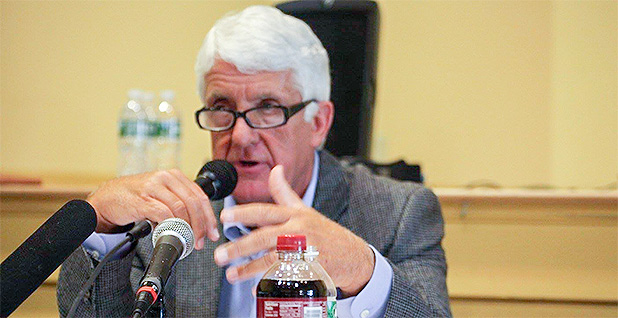 "You can’t modernize the act administratively," the Utah Republican said. "All things should be done legislatively, including the damn Antiquities Act."

Bishop is a longtime critic of the power the Antiquities Act grants to presidents to unilaterally protect vast swaths of land and water without the approval of Congress or local officials. As a result, he welcomed the upcoming executive order’s 120-day review of the law and monuments it has enabled, which will culminate in recommendations from Interior Secretary Ryan Zinke to rescind, resize or modify the management of some 30 monuments created since 1996 that are more than 100,000 acres in size.

"We’ve had this vote before [on overhauling the law], and it didn’t go through the Senate," said Sen. Maria Cantwell (D-Wash.), the ranking member on the Energy and Natural Resources Committee. "And there are more Democrats now, not less, than when we had the vote last time."

While Congress itself can act to eliminate a monument, it has done so fewer than a dozen times since the law’s creation in 1906, more often opting to convert areas to national parks.

But no commander in chief has ever sought to reverse the designations of his predecessors, as Zinke acknowledged at last night’s White House press briefing.

"It is untested … whether the president can do that," he said of rescinding a monument.

University of Colorado Natural Resources Law Center Director Mark Squillace, who has studied the Antiquities Act, suggested on the conservationists’ call that the president would be in violation of the Constitution’s property clause if he were to attempt to do so.

"No one ever litigated any of these reductions in the monument size. And so we don’t actually have any decision from any courts as to the legality of this," he said.

Christy Goldfuss, the Center for American Progress Action Fund’s vice president for energy and environment policy, noted on the call that while former Interior Secretary Gale Norton reviewed monuments created under the Clinton administration in the early days of President George W. Bush’s administration, no major changes were ultimately made.