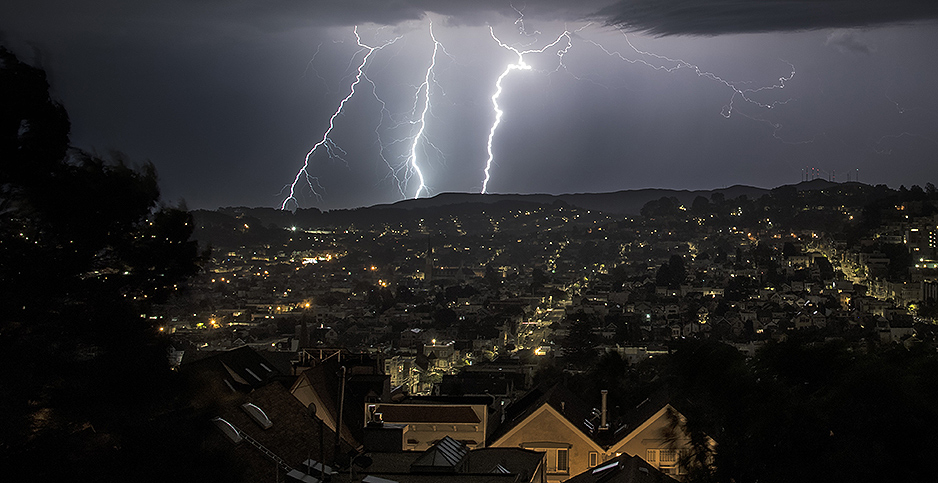 California could see repeated rolling blackouts in the coming months in the face of extreme heat waves that have pushed power supplies to the edge.

The ISO had originally forecasted yesterday it would need to cut power an amount that would affect up to 3.3 million households in the nation’s most populous state. The ISO later tweeted that the shortage had been eliminated and it wouldn’t order power cuts yesterday.

Some said the need for outages comes because California added renewable power and shut down fossil fuel plants without adequately planning for replacements. Steve Berberich, CEO and president of the California ISO, blamed utility regulators for not acting on warnings the power shortfall was coming.

"The situation we are in could have been avoided," Berberich said during a virtual meeting yesterday with the ISO board of governors. "For many years we have pointed out to the procurement authorizing authorities that there was inadequate power available" during the evening hours after sunset when solar energy stops working.

Climate change also is a factor, he said.

"The load forecast needs to reflect the realities of climate change," Berberich said. "It’s getting hotter."

The weekend’s rolling blackouts marked the first use of the technique because of power shortages since 2001, during the state’s electricity supply crisis after deregulation and market manipulation. The outages are necessary to prevent a collapse of the entire California grid, and potentially the Western grid, the ISO said.

The ISO manages the grid and orders the utilities to shut off power by the needed amounts. The utilities decide how to spread out the rotating outages among their customers.

While the ISO has made recommendations on fixes, the earliest those are likely to get done is November, said Severin Borenstein, a member of the ISO board of governors.

California Gov. Gavin Newsom (D) demanded an investigation into the outages and the "failure to predict and mitigate them," by the ISO, CPUC and California Energy Commission.

He said the state is now trying to get "peaker" plants online. Those typically are natural gas plants that can ramp up quickly.

Newsom signed an executive order that tells large companies to switch to their backup energy sources during peak demand times. He also said the state was working with ports to get ships to reduce the amount of energy they’re using at the sites.

Another issue was the state had trouble importing enough power. California imports about 25% of its power, ISO officials said. But the heat wave that scorched California also baked other Western states, and they declined to send electricity because they needed it for their residents and businesses.

Utilities estimate how much power they need to buy. Right now the standard is meeting the need for the worst weather they might have for about 50% of the time, Berberich said, but that metric fails to account for an "extreme heat storm like have now."

They’re also required to buy enough electricity to cover the afternoon demand peak, Berberich said, but the demand estimating system "does virtually nothing to address evening demand after the solar is gone."

California’s clean energy goals are among the most ambitious in the nation. It wants 100% clean energy by 2045. The shift to green resources is leaving supply gaps, some argue.

The state has lost about 5,000 megawatts of natural gas generation since the last severe heat wave in 2017, he added. But this time, the extreme heat has extended throughout the Western grid, from the Pacific Northwest to Arizona, he said. Unlike in 2017, California’s neighboring states had much less surplus power to export.

California grid officials have been warning for almost a decade about the state’s increasing "duck curve" dilemma, named for the lines on utility planners’ graphs highlighting the disparity between the availability of solar power at day’s end and consumers’ power demand.

The CPUC would have had to pay more natural gas plant operators to remain available in reserve to avoid the current rolling blackouts, but it didn’t — although some planned retirements of gas generators on the coast have been delayed, Schauer said.

Instead, the CPUC has relied primarily on orders to utilities and other power supply organizations to add more than 3,000 MW of battery storage, but that hasn’t arrived in time for the current emergency.

Berberich warned yesterday that batteries are not the solution by themselves. They don’t generate power, he said, and don’t charge when it’s cloudy or dark and solar isn’t working.

He also cautioned that "solar and other renewables will have to be overbuilt to both charge the batteries and serve the load at the same time."

Berberich pushed back against the idea that adding renewable energy sources causes the grid to fall short of supply.

"It’s clear that solar, being one of our predominant renewable resources, obviously doesn’t work in the evening hours," he said. "But that’s a well-known fact, and I think under the right planning you can form renewables into serving load much around the clock."

Berberich said the ISO warned the CPUC that California was developing a shortfall of 4,700 MW through 2022 and that the gap started in 2020. Despite that, he said, the CPUC authorized just 3,300 MW for procurement — and that doesn’t start until next year.

"The bet has been that uncontracted imports will fill in the void," he said. "We have told regulators over and over that imports were drying up and more imports should be contracted for," he said. "That was rebuffed. And here we are facing diminished imports because the West is hot, too."

CPUC spokesperson Terrie Prosper in a statement said that "as the Governor has directed, we and our sister agencies need to investigate this thoroughly to understand the how and why of the supply deficiencies that began on Friday. The many factors must be assessed in their entirety."

The electricity demand of the last few days, Prosper said, "is consistent with the level the agencies have for August and the utilities and community choice aggregators procured the resources that were required to meet the forecasts. The question we’re tackling is why certain resources were not available."

Proper said that the agency "has already made rule changes and modifications to the forecasting to adjust for changes in imported electricity that largely go into effect in 2021."

Southern California Edison, one of the state’s three largest investor-owned utilities, issued a fact sheet on its rolling blackout process, explaining that it has created blocks of customers geographically dispersed around its service territory, so no one community would be totally without power. The lines are drawn to prevent outages to public safety providers or other emergency organizations, it said.

For example, one block that included a COVID-19 test provider was removed from the rolling blackout list, SCE said.

A blackout usually lasts one hour, and once power is restored to a block, it goes to the bottom of the queue.