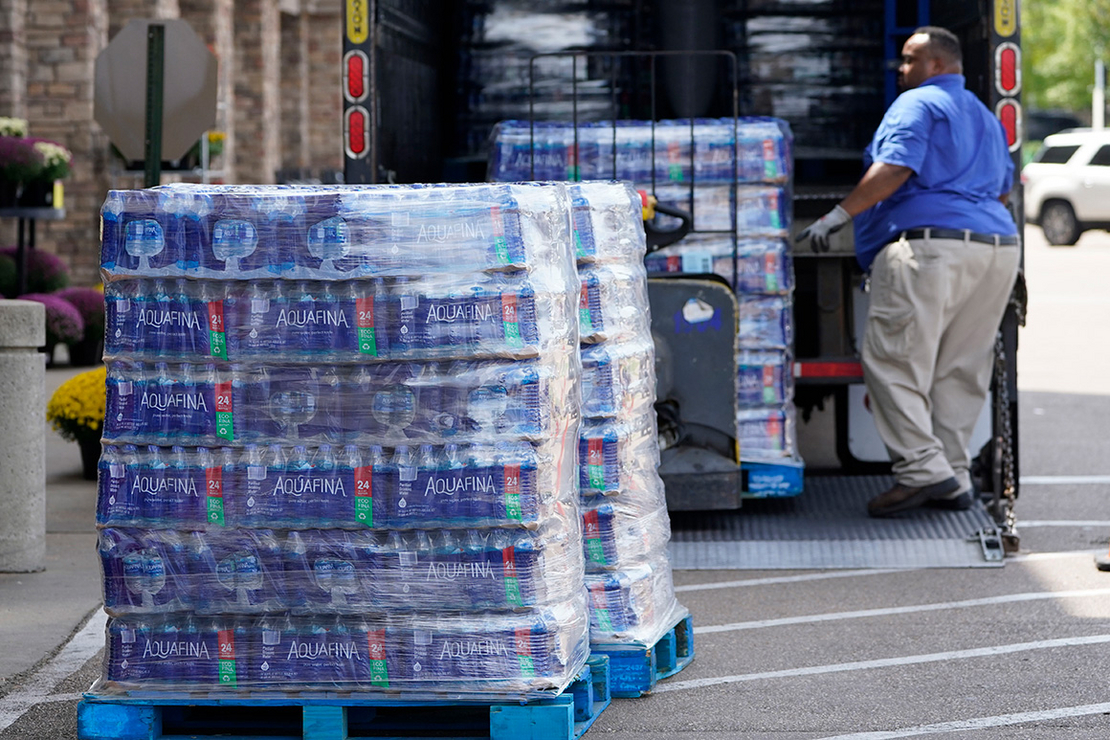 Pallets loaded with cases of water are pictured at a Kroger grocery store in north Jackson, Miss., yesterday. The grocery chain and other stores are facing the challenges of the city's long-standing water system problems by making more drinking water available for their customers. AP Photo/Rogelio V. Solis

A water crisis in Mississippi’s capital city has left scores of people without running water in sweltering temperatures and stoked fury over the state and federal response.

After flooding overwhelmed the city’s fragile water system, President Joe Biden last night issued an emergency declaration for Mississippi, entitling the state to help and money from the Federal Emergency Management Agency. State and city officials have said it’s unclear how many of the city’s 150,000 residents are still without safe drinking water.

“We have thousands of lives that are in danger, from floodwaters moving across the city, from pathogens as the heat increases,” said Mustafa Santiago Ali, a former EPA environmental justice adviser and founder of the nonprofit Revitalization Strategies. “I’m concerned we have extreme heat and elders won’t be able to hydrate, which puts people’s lives in danger. We know that Black folks die at twice the rate of our white brothers and sisters.”

Why, he asked, hasn’t cash from state revolving funds and the $1.2 trillion infrastructure package that Biden signed last fall been used to help Jackson?

Jackson’s population is 81.8 percent Black and 16 percent white, with a poverty rate of 26.9 percent, slightly higher than the rest of the state, according to the Census Bureau.

“When will those dollars make it to cities like Jackson?” said Ali, now an executive vice president at the National Wildlife Federation. “And what’s the long term plan to address the needs that the climate crisis is going to place on these systems?”

Biden’s approval of an emergency declaration authorizes FEMA to “coordinate all disaster relief efforts” and to provide equipment and resources, which could include emergency relief supplies such as bottled water and the muscle to distribute it. 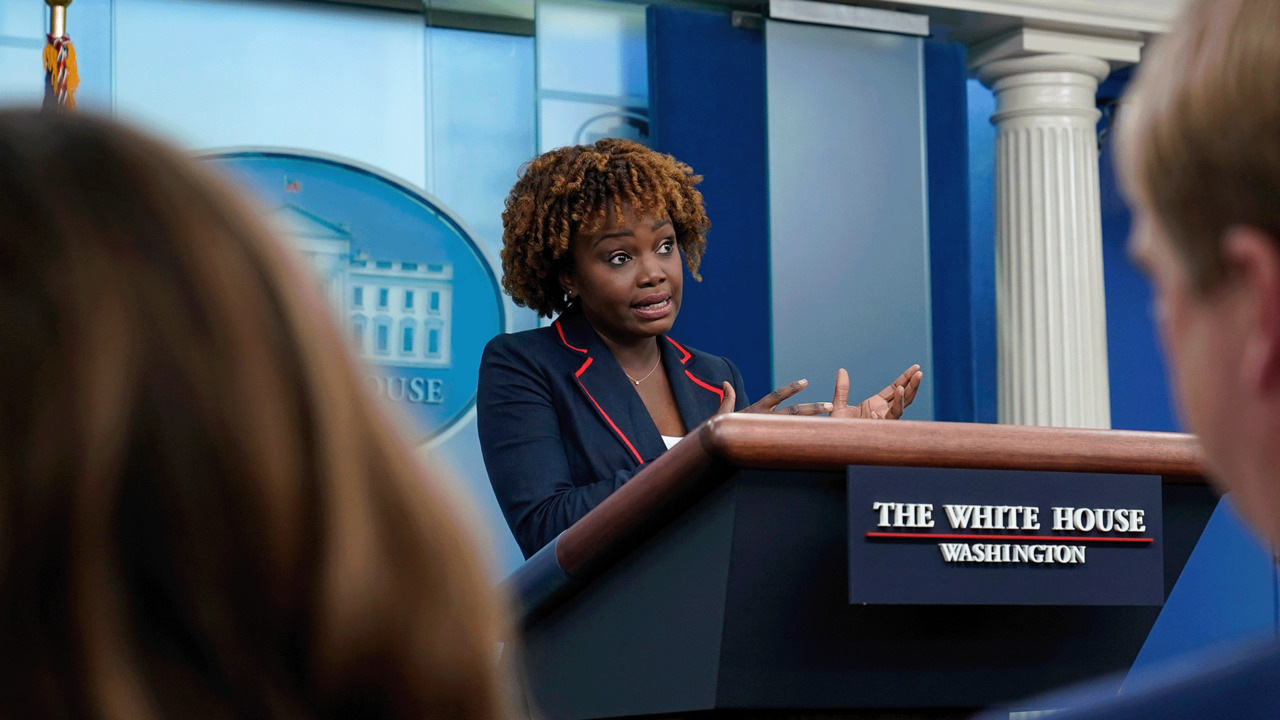 The emergency declaration enables FEMA to assign other federal agencies, including the military, to perform emergency functions that state and local governments cannot handle. FEMA and other agencies can provide technical assistance to review and assess the water facility. A FEMA coordinating officer is expected to be on-site today at the Mississippi Emergency Operation Center in Pearl, Miss., to coordinate federal help.

FEMA also will pay 75 percent of the costs Mississippi and its localities incur in providing emergency protective measures over the next 90 days to respond to the water crisis. A federal emergency declaration is often used to help states respond to crises that do not involve natural disasters such as hurricanes that cause extensive property damage.

The announcement arrives a day after Mississippi Gov. Tate Reeves (R) issued a state of emergency and activated the Mississippi National Guard. The governor also warned residents at a press conference that the lack of clean water was threatening “critical needs” throughout the city — from flushing toilets to fighting fires — and there was no end in sight.

FEMA Administrator Deanne Criswell spoke to Reeves last night and has been in regular contact with state emergency officials.

More recently, the city has been on a boil-water notice since late July after testing uncovered water quality that could cause health problems.

At a press conference at the O.B. Curtis Water Plant yesterday, Reeves and other officials said dozens of tractor-trailers full of bottled water would continue to roll into the city every day. They also said the state is planning to rent an additional pump to help get the water plant up and running.

‘We are with you’: Mississippi governor assures effort to restore running water 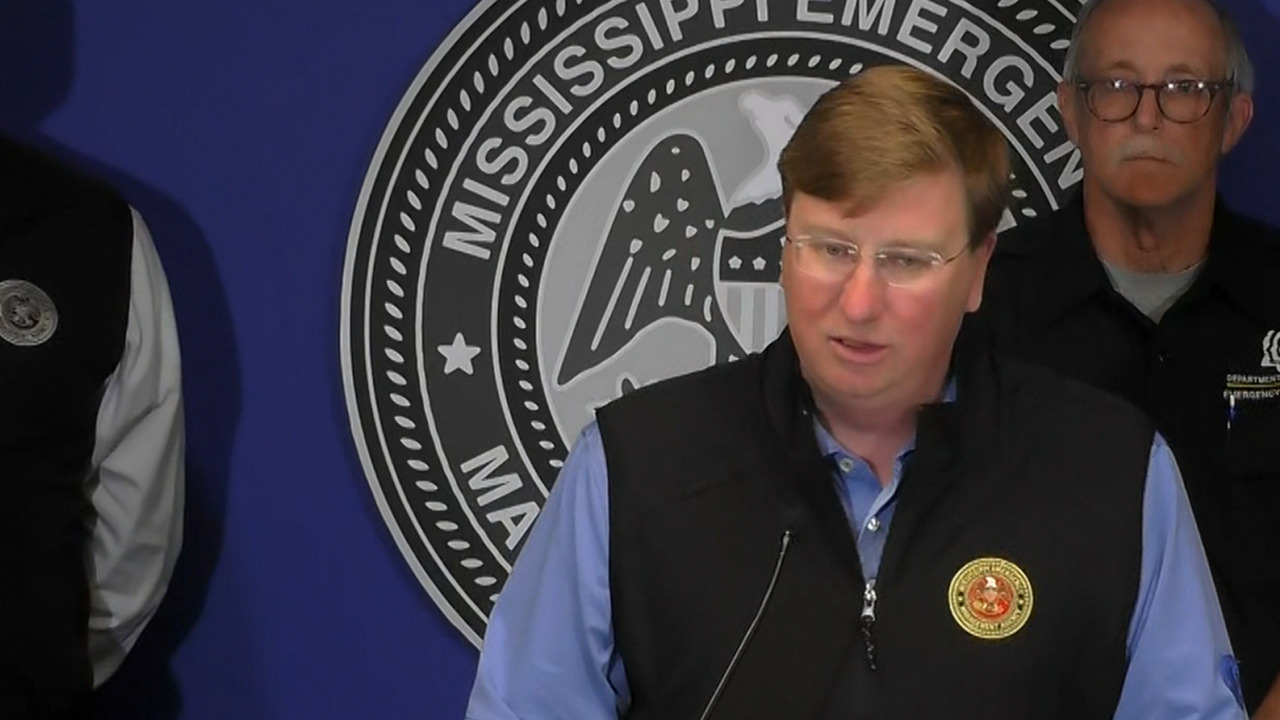 Jackson Mayor Chokwe Antar Lumumba said yesterday at a separate press conference that he welcomes the support and valuable resources the state is now providing, but said the city has for years been in a “constant state of emergency” between boil-water notices and low water pressure, and that the long-standing issues stem from inadequate maintenance, staffing and resources.

Officials yesterday pinned Jackson’s current water woes on a combination of flooding, shifting chemistry, long-standing infrastructure problems and staffing shortages, but they offered few details on when conditions would improve.

Jim Craig, director of health protection for the state health department, pointed to flooding that occurred in a reservoir north of the plant, sending a surge of rainwater into the water treatment facility that shifted the chemicals needed for disinfection. The city then looked to a separate facility — the J.H. Fewell Water Treatment Plant in Jackson — which was functioning until a pump failed, making it unable to increase output of water, according to the city.

Reeves said “it’s virtually impossible for anyone to know” how many are without drinking water. He also reiterated that the water isn’t safe to drink. State officials are recommending that residents boil water for one minute before consuming it.

Craig said water system problems were sparked by flooding in a reservoir north of the treatment plant, sending a surge of stormwater into the plant and increasing the need for chemical disinfection.

Reeves said much of the water that got through the plant’s filtration system was “somewhere between raw and not clean.”

Officials are now looking for ways to get more water into tanks at the plant. The state has procured a rental pump that was expected to be put in place today, Craig said, to increase the flow of 4 million gallons of water out of the plant daily and help increase water pressure across the city.

Craig said the plant’s woes stem from not having enough maintenance staff, including a shortage of skilled operators, electricians, mechanics and instrument technicians. The state is working with a contractor to augment staffing, he added.

Reeves also declined to give a final price tag for fixes at the plant, but he joined Craig in expressing concern that the facility lacks “redundancy” and that something else could break.

Jackson’s water system has repeatedly landed on the federal government’s radar, from fault-finding inspections to consent decrees and as a focus of the Biden administration’s environmental justice push.

The city’s water plant was one of EPA Administrator Michael Regan’s first stops on his “Journey to Justice” tour last year. According to local media reports, the administrator visited the Wilkins Elementary School, which was mostly empty after students were forced to relocate due to problems at the water plant and low water pressure.

Today, EPA is stepping in again. The agency said it’s coordinating with FEMA on immediate next steps and deploying a “subject matter expert” to support the emergency assessment of the Jackson water treatment plants. EPA also said it’s working to address supply chain issues to expedite delivery of equipment that will directly affect the water treatment plant’s ability to provide safe water.

Staffing issues and technical problems at the plant have emerged as a source of tension between the city and EPA.

Carol Kemker, the director of EPA’s Enforcement and Compliance Assurance Division in the Region 4 office, told the Mississippi Free Press in an Aug. 26 interview that in spite of critical staffing shortages threatening the basic operation of the O.B. Curtis Water Plant, the agency had seen no visible proof that the city was making an effort to hire new employees, specifically Class A water operators.

Lumumba, the mayor, pushed back at a press conference yesterday, saying Jackson’s leadership had repeatedly followed the advice of EPA and that 10 people are currently training to work as operators in the facility.

When asked why EPA would have no record of the city attempting to staff the plant, the mayor said the agency only sees completed transactions.

Lumumba said that ultimately, a lack of resources and coordination has stymied efforts to fix the problem and that addressing the crippled water plant on a long-term basis will quite likely reach into the billions of dollars — about $1 billion for water distribution alone — which is “far beyond the city of Jackson’s reach.”

The city’s problems have politicians pointing fingers at how members of Congress voted on Biden’s signature infrastructure package.

Mississippi Republican Sens. Roger Wicker and Cindy Hyde-Smith took to Twitter yesterday to voice their support for a federal effort to solve the city’s water problems, drawing attention to their votes on the infrastructure bill. While Wicker ultimately voted for the measure, Hyde-Smith did not. Rep. Bennie Thompson, a Democrat who represents most of Jackson, voted for the legislation, while the three other House members in Mississippi, all Republicans, voted against it.

The issue is also emerging as a point of debate in the ongoing House race for Missippi’s 3rd District, which includes a small part of Jackson.

Democrat Shuwaski Young, who is running to oust Republican Rep. Michael Guest, highlighted the Jackson crisis on Twitter and pointed at Guest’s vote against the infrastructure package. “Well, the water plant is in our district and he voted AGAINST infrastructure. Now, thousands do not have access to their most basic need — water,” Young tweeted.

Guest put the blame squarely on the city’s leadership, tweeting, “As someone who grew up in the metro area, I remember … when Jackson was the ‘Bold New City,’ but after decades of failed leadership, our capital is now failing. The latest water crisis is another in a long list of issues that is a result of an ongoing stalemate at City Hall.”

Guest spokesperson Rob Pillow said the congressman recently requested a federal grant of $2.8 million for the city’s J.H. Fewell Water Treatment Plant as part of the House spending bill. Guest’s staff also toured the water plant last week, he said, and discussed this request and future funding requests that would help the city meet the needs of its residents.