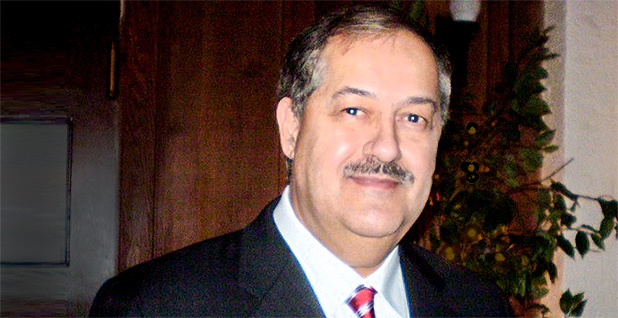 Former coal magnate Don Blankenship has added Donald Trump Jr. to a laundry list of media outlets, personalities and "swamp" Republicans that the ex-convict is suing for defamation.

The complaint filed last week is nearly identical to another that Blankenship filed against more than 75 news companies, political organizations, media personalities and reporters in circuit court in Mingo County, W.Va., where Blankenship grew up and still owns a home (Greenwire, March 15).

Blankenship ran for Senate last year in West Virginia but lost in the Republican primary.

He had just served a year in prison on a misdemeanor conviction for chronic safety violations at his mines, including Upper Big Branch, where a 2010 explosion killed 29 West Virginia miners.

But during the campaign, numerous media members across the political spectrum referred to the former Massey Coal Co. CEO as a felon.

Blankenship says that was intentional and part of a "weaponized defamation" against him, orchestrated by Senate Majority Leader Mitch McConnell (R-Ky.) and "the DC establishment."

The lawsuit calls Trump Jr. one of McConnell’s "surrogates," citing a May 3 tweet, just days before the primary vote.

On that day, Trump Jr. several times tweeted to his 3.5 million followers urging West Virginia Republicans to reject Blankenship. At one point, he noted that he expected that if Blankenship were to win the primary, the state’s Democratic incumbent senator, Joe Manchin, would inevitably run a campaign ad featuring the families of the 29 miners who died at Upper Big Branch.

A Twitter user responded that she didn’t think Manchin would do that, and Trump Jr. tweeted in response, "He’s probably never run against a felon."

"Mr. Blankenship is well-acquainted with the rough and tumble of politics," the lawsuit states. "This is not that."