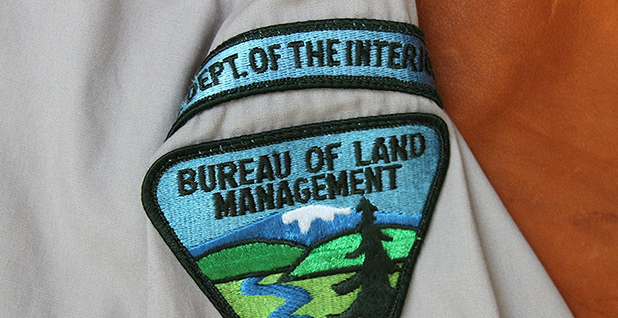 A routine Bureau of Land Management briefing for House staffers turned rocky, with the Interior Department complaining about an employee being harassed. Worthpoint

A routine Bureau of Land Management briefing for key House staffers reportedly turned rocky yesterday, with the Interior Department complaining that one of its political appointees was "verbally harassed and bullied."

The details of what transpired in Reno, Nev., remain in dispute, with the Democratic-controlled House Appropriations Committee challenging Interior’s account and accusing the department of impeding congressional oversight.

But in a strongly worded statement, Interior press secretary Molly Block denounced what she characterized as the "malicious behavior" of the House committee staffer toward the woman who currently holds the position of BLM acting chief of staff.

"Unfortunately, before this morning’s meetings commenced, one staffer, Mr. Peter Kiefhaber, verbally harassed and bullied a BLM staffer regarding their participation in the meetings, creating a hostile work environment," Block said yesterday.

The Air Force veteran previously served 20 years as a Senate staffer, including stints as legislative director for the late Sen. Robert Byrd (D-W.Va.), and as the Democratic staff director of the Interior and Environment Appropriations Subcommittee.

"He is hard working, he is courteous, and he is extremely efficient," Byrd said of Kiefhaber during a 2000 Senate floor debate.

Yesterday, Kiefhaber was participating in the start of a four-day tour of BLM lands, as well as briefings on topics including the agency’s wild horse program. Following his exchange at the BLM state office with the Trump administration appointee, Interior used its funding authority to order Kiefhaber back to D.C.

In an email yesterday afternoon to Kiefhaber, Interior Chief of Staff Todd Willens declared "we were particularly disappointed to learn of your overly aggressive and unprofessional" behavior and said "protocol dictates that we address the situation as promptly as possible."

Block said the "appropriate members of Congress and senior staff have been notified of Mr. Kiefhaber’s actions" and declared that Interior will request the Office of Congressional Ethics look into the incident.

"We also call on Chair McCollum to promptly apologize and denounce the harassment displayed by her staff," Block added.

A spokesman for the House Appropriations Committee, Evan Hollander, countered that "there was no bullying or harassment" and called the episode "part of the Trump administration’s continuing pattern of interfering with Congress’ oversight work."

"The only apology that is owed is by [Interior] Secretary [David] Bernhardt and his staff for again trampling on the Constitution’s separation of powers," Hollander said in an email.

Hollander bluntly characterized the D.C.-based BLM political appointee with a term associated with visits to an authoritarian state.

"The Interior Department sent a minder from their headquarters to obstruct a Congressional staff site visit to Nevada and prevent the Appropriations Committee from getting an unvarnished assessment of the situation on the ground," Hollander said.