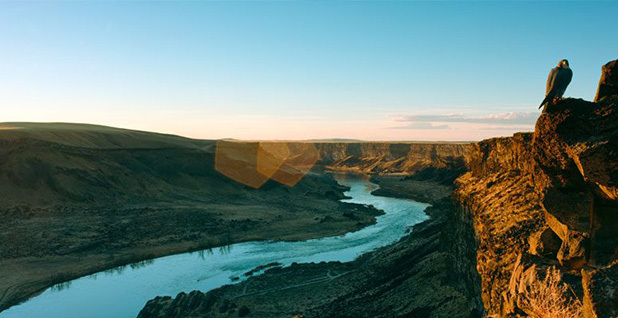 The Bureau of Land Management’s record of decision (ROD) for the final two stages of the nearly 1,000-mile-long Gateway West Transmission Line Project would appear to move the project forward and end years of conflict between BLM and Idaho Gov. Butch Otter (R) and others over the route of the power line.

BLM issued an ROD in late 2013 approving the Gateway West route through southern Wyoming but deferred making a decision on the final two sections in Idaho after complaints from Otter, local leaders and private property owners. They objected to the agency’s proposal to avoid routing it on public lands through the BLM-managed Morley Nelson Snake River Birds of Prey National Conservation Area (NCA).

Otter and other state officials remain upset at BLM’s resistance to running the line through the Birds of Prey NCA.

State officials say BLM’s decision sacrifices greater sage grouse habitat and private property to avoid crossing the sanctuary, which is home to the largest concentration of nesting raptors in North America. Congress in 1993 established the area for the "conservation, protection and enhancement of raptor populations and habitat."

Murphy did not accept the state’s recommendations in the consistency review, and Otter filed an appeal with Kornze this week. Kornze affirmed Murphy’s findings and denied Otter’s appeal in a letter sent yesterday to Otter, Feeney said, and the ROD was issued today.

But John Chatburn, administrator of the Idaho Office of Energy Resources in Boise, told E&E News today that BLM ignored the state’s many concerns about the route in an effort to avoid the Birds of Prey NCA.

Chatburn notes a June 2014 report by an eight-member subcommittee of the BLM Boise District’s resource advisory council that concluded routing the line outside the NCA would have more impacts on communities, natural resource values and private landowners.

He said Kornze’s decision on the final two segments "is a decision that was completely driven out of the director’s office in D.C. on purely ideological grounds. It has nothing to do with the birds or the environment or anything else. It was ideological."

The Gateway West project highlights the difficulty of guiding the line’s final two stages across a dense mixture of federal and private lands, military weapons testing grounds, archaeological and historical sites, and neighborhoods and towns whose residents are opposed to its effects on their views and property values.