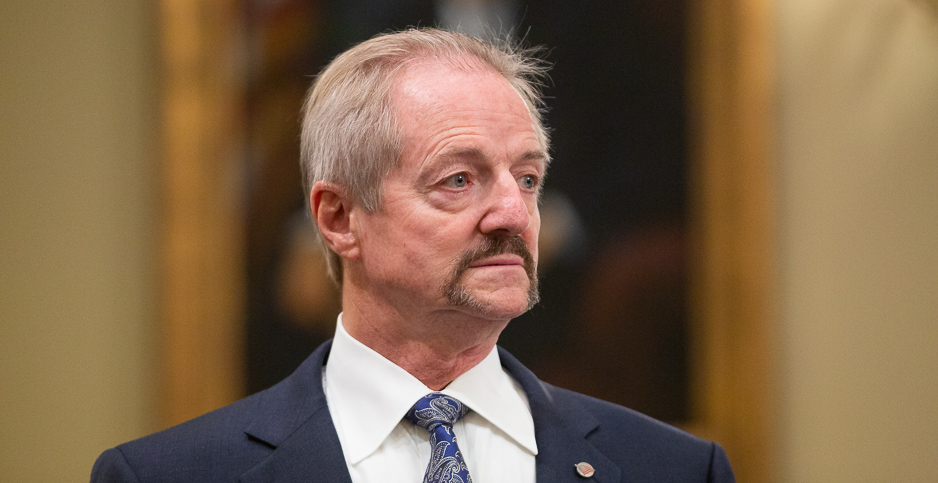 Massachusetts Sen. Elizabeth Warren is among the candidates who have called for such a ban. Doing so would be "absolutely devastating, not just to the American West, but to the entire country," said Pendley, who was speaking at a panel discussion at the Society of Environmental Journalists’ annual conference at Colorado State University in Fort Collins, Colo.

"A tremendous amount of the energy we use every day, whether it’s gasoline or natural gas or oil, comes from federal lands. So much of the oil and gas comes from public lands," he added. "The overwhelming majority of the oil and gas we use in our nation comes from the outer continental shelf. To say leave that in the ground, frankly, I can give no other word for it than absolutely insane."

Pendley broadly stressed the importance of developing oil and natural gas resources on federal lands and waters despite criticisms that the Trump administration has placed energy development above all other priorities.

When asked at the panel session about the climate impacts of extracting fossil fuels from federal lands, Pendley said the economic value of developing resources is critical to rural Western communities, such as along the Western Slope.

"The development of these resources is the life’s blood for these people," he said. "The most important environment for most people is, do they have a home? Can they provide fuel? Can they provide food? Can they provide the wherewithal for their families? And that means jobs. And the BLM and industry, whether it’s the recreational industry or the oil and gas industry, provides those jobs."

Pendley also defended BLM’s proposed relocation of the bureau’s Washington, D.C.-based headquarters to Colorado. Critics say dispersing senior administrators across the West will effectively dismantle the bureau by removing it from lawmakers and other decisionmakers.

"I think it makes all the sense in the world," Pendley said.

The still-evolving relocation plan calls for the new headquarters to be in Grand Junction, Colo., as well as relocating some 200 other positions to state offices across the West.

Pendley, echoing public comments from Interior Secretary David Bernhardt, said relocating senior leadership out West will improve public lands management and bureau operations by placing decisionmakers near most of the 245 million acres of federal lands BLM manages, as well as the state and local leaders most affected by bureau actions.