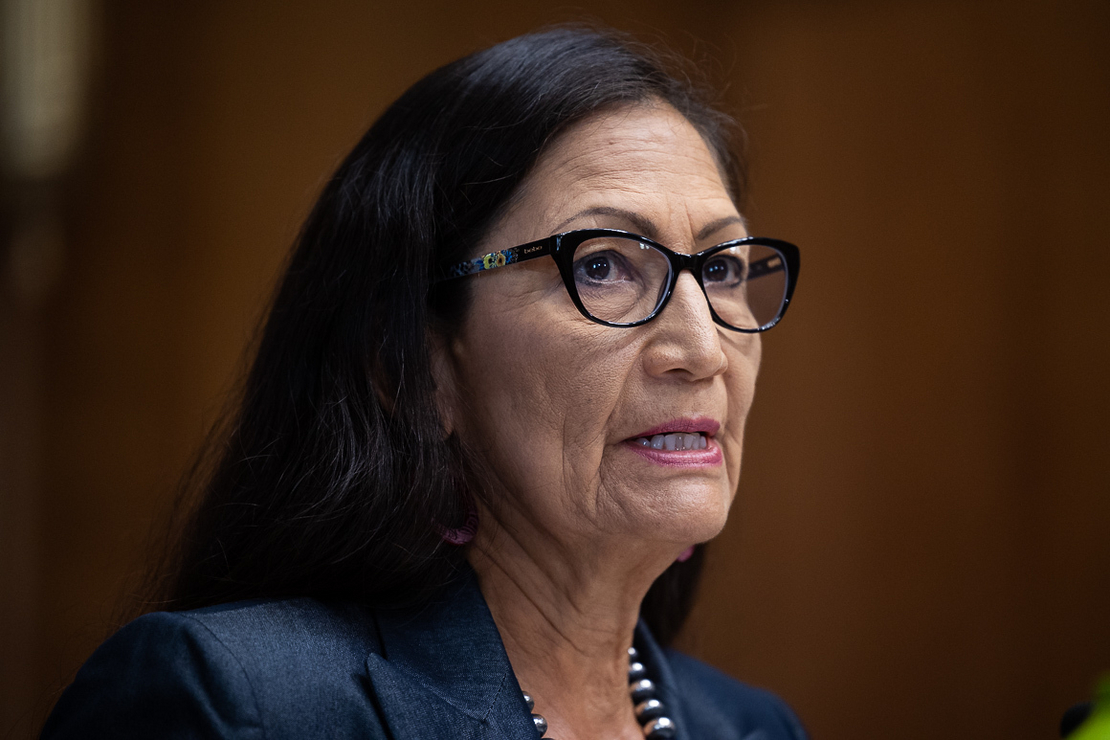 Interior Secretary Deb Haaland will make the final decision on a proposal that would allow Alaska Natives who served in the Vietnam War to claim parcels of federal land. Francis Chung/E&E News

The Interior Department may soon allow hundreds of Alaska Natives who served in the Vietnam War to claim parcels within a 27.5-million-acre section of federal lands in Alaska.

The Bureau of Land Management today released a draft environmental assessment (EA) and an unsigned “finding of no significant impact” that would allow almost 3,000 Vietnam War veterans or their heirs to claim up to 160 acres of federal lands within the selected 27.5-million-acre area.

The program is meant to make up for the land claims some Alaska Natives missed out on 50 years ago. After the passage of the Alaska Native Claims Settlement Act in 1971, some Alaska Natives were given the option to claim parcels of land. But soldiers serving in the U.S. military overseas during the Vietnam War missed their chance.

BLM is authorized through the program to allow eligible veterans and some heirs to select an allotment of up to 160 acres from specific federal lands in Alaska that either are vacant or have not been appropriated or reserved for other purposes.

There is currently only about 1.2 million acres open for the veterans to select under the program. The 27.5 million acres under review would be in addition to the already approved acreage.

BLM last fall announced the finalization of the first two land allotment applications under the program within the 1.2-million-acre area (Greenwire, Nov. 5, 2021).

BLM estimates in the draft EA — now open for a 15-day public comment period running through April 8 — that if all eligible veterans and their heirs select 160 acres, it would total no more than 480,000 acres, or less than 3 percent of the 27.5 million acres at issue.

The EA evaluates the area proposed to be open for selection. BLM determined opening the lands for transfer out of federal ownership would not significantly affect any water or other natural resources in the areas.

The same determination was made for cultural resources. “BLM expects that the total impacts to cultural resources from opening up to 27.5 million additional acres of Federal land to allotment selection would be minimal due to the small percentage of Federal land that could be transferred out of Federal ownership,” according to the unsigned finding of no significant impact, which when finalized would be signed by acting BLM Alaska Director Thomas Heinlein.

Interior Secretary Deb Haaland, whose father served in the Marine Corps during the Vietnam War, would make the final decision, based largely on the evaluation in the draft EA.

Haaland has said before that her agency will “move forward expeditiously” on the issue so that “Alaska Native Vietnam-era veterans are able to select the land allotments they are owed.”