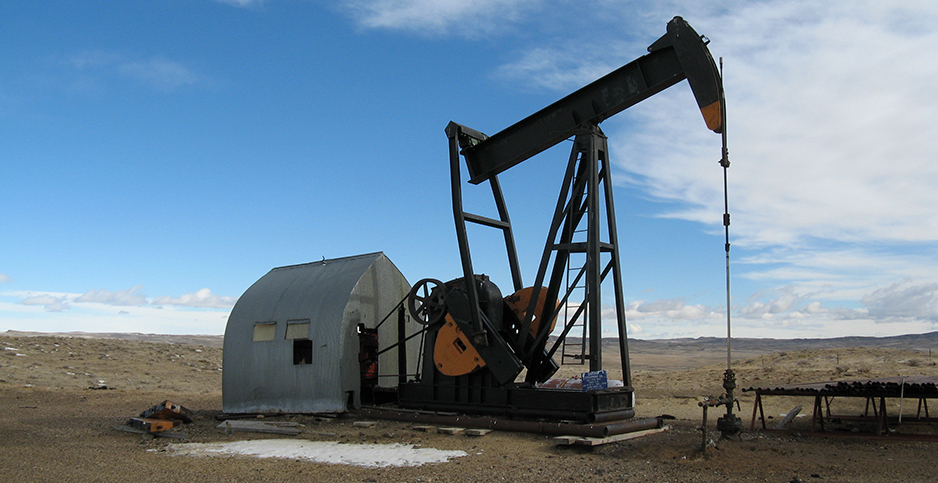 An oil pump jack is seen in the Bighorn Basin of Wyoming. Bureau of Land Management/Flickr

The Bureau of Land Management has been deluged by oil and gas industry requests for cutting royalty payments or suspending oil leases, according to interviews with industry sources, Interior Department documents reviewed by E&E News and advocacy groups tracking applications for coronavirus-related relief.

The few dozen requests visible in BLM’s public database don’t account for hundreds more that have been made in recent weeks, as oil and gas operators warn they may have to shut in wells due to historically low oil prices. In all, more than 1,000 applications for royalty relief or lease suspensions have flooded Western BLM state offices following Interior guidance last month that promised rapid processing during the COVID-19 pandemic, according to the documents.

Interior officials have not released full information about those requests amid scrutiny of what critics have deemed a bailout to industry, prompting frustrated House Democrats to push for hard numbers (E&E Daily, May 19).

E&E News has found that state offices are currently responding to scores of companies proposing that BLM slash royalty rates down to as low as 0.5% from the standing 12.5% of fair market value for oil and gas extracted from public land. BLM’s LR2000 database, which includes information from the thousands of oil and gas leases overseen by the agency, shows fewer than 100.

"I think the numbers are higher," said Autumn Hanna, vice president of Taxpayers for Common Sense, which tracks lease information in the public database and had only found 76 royalty relief requests from Utah as of yesterday.

Advocates at the Western Values Project identified what they believed were several more in Wyoming.

The database requires users to key in precise search codes to identify any changes to an oil and gas lease. The system was down for much of last week, prompting pushback from public land observers.

Interior issued guidance on royalty relief and lease suspensions last month, laying out how operators might make the case that the COVID-19 crisis had made their oil and gas wells uneconomic and in need of federal help (E&E News PM, April 27). Industry was advised to apply to state offices, which would process applications in five days.

As an example of a potential royalty cut, the BLM guidance floated a 0.5% rate — which has since been included as a request on some applications.

Similar royalty relief guidance was provided for offshore operators by the Interior’s Bureau of Safety and Environmental Enforcement. Experts and industry representatives said the offshore guidance was so complicated as to offer little relief during the pandemic (Energywire, May 11).

Only two royalty relief requests for offshore operators have been approved since BSEE’s formation in 2011.

But the application process for onshore oil and gas royalty relief is not as onerous, according to industry sources. BLM’s guidance last month promising five-day processing and two months of relief was widely expected to draw more applicants.

The agency has already started to approve or deny royalty rate reduction requests in Wyoming and Utah, with dozens authorized for the large shale driller Chesapeake Energy Corp. and smaller companies like Nerd Gas Co. and Kirkwood Oil & Gas, E&E News has learned.

As the pandemic pressured oil prices to historic lows in the last month, BLM sought legal counsel on whether Interior could justify providing lease suspension — essentially a pause button on the normal 10-year lease term so that operation or production downtime doesn’t count against the full decade. That’s according to an April 16 memo sent from Richard McNeer, an attorney at Interior’s Office of the Solicitor, to acting BLM Deputy Assistant Director Mitchell Leverette and obtained by E&E News.

The solicitor’s office determined that the operational challenges from COVID-19 may qualify as a "force majeure," while the sudden depression of oil prices alone would not. A force majeure is one of two qualifying reasons that BLM can grant a lease suspension.

The other qualifying reason — conservation of resources — may not have as strong a case under the current circumstances, according to the memo.

"BLM has not provided information that the COVID-19 emergency has resulted in the need to suspend operations and production in the interest of conservation, and we are reluctant to speculate about such situations," the memo states.

Neither BLM nor Interior responded to an email yesterday asking whether the solicitor’s office had provided a legal basis for royalty relief as well as lease suspensions.

BLM offices in California, Montana, Utah and Colorado did not respond to E&E questions about the total number of royalty relief and lease suspension applications and approvals processed in the last two months. BLM state offices in Wyoming and New Mexico deferred comment on royalty relief to the Washington office, which did not provide the requested data.

"We share widespread concerns that if producers cannot operate economically, they may be forced to prematurely abandon wells on Federal leases," BLM spokesman Derrick Henry said in an email. "In turn that would mean the immediate loss of the oil or gas which these wells now produce, the potential loss of their remaining recoverable reserves, and could result in the loss of the associated future royalty revenue to the U.S. Treasury. It would also contribute to the already staggering job losses among the nation’s oil and gas workforce."

The Western Governors’ Association flagged the royalty cuts as a potential problem given the importance of royalty revenue to state coffers in an April letter to Interior Secretary David Bernhardt.

Meanwhile, advocacy groups and critics of the administration have slammed the royalty cuts and lease suspensions as a handout to oil and gas interests.

Jayson O’Neill, director of the Western Values Project, said the cuts reveal the administration’s affinity for the oil and gas industry.

"Now we see the Trump administration doling out more bailouts to Big Oil while ignoring the impacts that will further cripple state and local budgets," he said.

Hanna, of Taxpayers for Common Sense, said there are longstanding issues with federal transparency around royalty collection but that the Trump administration has exacerbated existing problems by making its support for industry a central tenet of its policies.

Her group has developed its own database that downloads BLM data into a more user-friendly system.

Taxpayers for Common Sense is opposed to royalty relief during the response to COVID-19, noting that there is a global glut of crude oil and public resources should not be developed without a corresponding financial return.

Kathleen Sgamma, executive director of the Western Energy Alliance in Denver, echoed BLM’s argument that shutting in wells risks abandoning the resources and stranding energy resources over the long term.

"Restarting a shut-in well takes several hundreds of thousands of dollars on average, and royalty relief can provide a temporary solution for those lower producing wells that would be uneconomic to bring back online," she said. "Wells usually last for decades, so abandoning a well and the millions of dollars of investment that went into it because of temporary economic conditions would be simply wasteful."

But Sgamma also criticized Interior’s "piecemeal, short-term approach" to relief at a time when the onshore oil and gas sector is in "jeopardy."

"Rather than a comprehensive response, BLM is processing applications on a case-by-case basis, when the whole industry is facing the same situation," she said.

With the relief only lasting 60 days and the pandemic lingering, BLM will face another round or relief requests this summer, she said.