BLM goes on a hiring spree 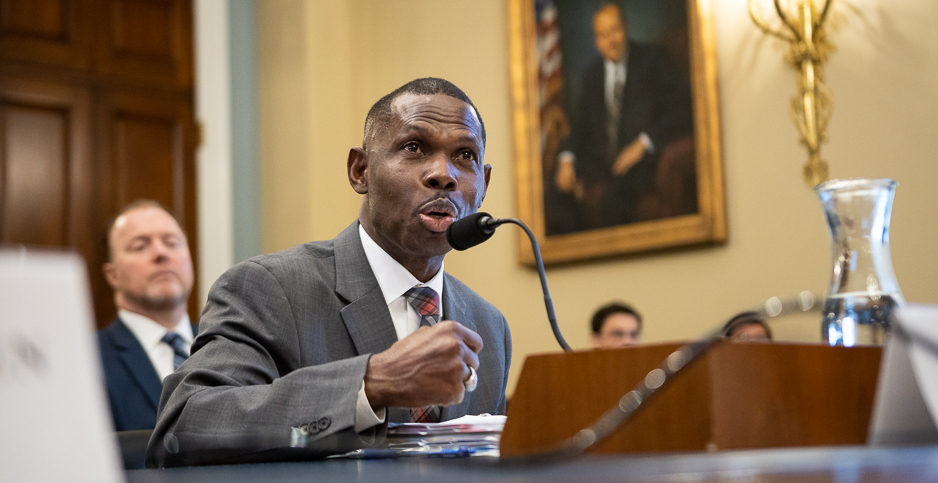 The Bureau of Land Management is planning to hire hundreds of employees this year to fill vacant positions and beef up staffing, in part to address the loss of numerous staffers who departed because of the Trump-era relocation of BLM’s national headquarters to Colorado.

Mike Nedd, BLM’s deputy director of operations, made the announcement about hiring plans in an all-staff email sent out yesterday that outlined steps the Biden administration is taking to address employee concerns.

Nedd’s email addressed what he called nine major “themes” that came out of more than 150 “listening sessions” he held with “employees and managers across the BLM” between June and November 2021. These included not only BLM staffing shortages but also ongoing plans to return to offices amid the Covid-19 pandemic and the lack of diversity among the bureau’s more than 9,000 employees.

To help accomplish the goal of hiring hundreds of staffers, Nedd said he asked BLM’s national operations center, an employee subcommittee and “the larger BLM HR community to work together to advance HR process improvements.” This included hiring 67 more human resources employees to help with the hiring push across the bureau, he wrote.

“We heard you when you said we consistently have to do too much with too little, and so did the administration,” he wrote, noting the president’s fiscal 2022 budget.

Some of the staff shortages and vacancies were prompted by the Trump administration decision to relocate BLM’s Washington-based headquarters in 2020 to Grand Junction, Colo., and transfer hundreds of other positions out West. The move spurred at least 135 employees to either leave the bureau for other Interior agencies or retire, the Interior Department said.

On the Covid-19 front, BLM continues to develop plans for staff to return to bureau offices in Washington and across the West in the coming months. Nedd noted the nationwide injunction from a federal judge in Texas last month striking down Biden’s executive order mandating vaccinations for federal employees or requesting an exception on medical or religious grounds.

“Until further notice, we have halted all actions related to requiring vaccination and the submission and/or processing of requests for reasonable accommodation, exemption or extension,” he wrote.

But Nedd attempted to reassure employees concerned about returning to offices that the court’s ruling “has no effect on enforcement of other workplace safety protocols related to vaccination status, such as masking, physical distancing, testing, travel, and quarantine requirements.”

Nedd said the “reentry plans” BLM is working on for returning to offices will focus on “the framework and procedures” that are necessary to ensure “a safe return to the office with considerations for appropriate use of telework and remote work.”

Nedd began meeting with BLM staff last summer as part of Interior Secretary Deb Haaland’s commitment to involve employees in reorganizing the bureau, particularly the move of the national headquarters back to Washington.

Many staffers said the Trump administration rarely, if ever, consulted with them on the move or provided many details on the relocation.

That was one of the key findings in a 2020 Government Accountability Office report that found BLM did not make much effort to involve “employees and key stakeholders” while devising its plan to move the headquarters (Greenwire, March 6, 2020).

Haaland vowed to make restoring trust and improving communication with staffers a top priority during her Senate confirmation hearings in February 2021, telling lawmakers she would work to ensure employees “feel appreciated” and are involved in major bureau decisions.

Nedd initially sat down with “over 70 BLMers from all around the agency,” he wrote in an all-staff email last fall announcing a second round of listening sessions focused on input from senior-level managers and supervisors (Greenwire, Sept. 3, 2021).

Nedd’s email to staff yesterday summarized both rounds of listening sessions, which concluded in November.

Nedd wrote that the goal of the listening sessions was “sharing information, building trust and transparency, and getting your feedback on operational areas where you felt we could improve. I want you to know that I heard each and every one of you and have begun working closely with other Bureau leaders to address many of the areas you highlighted.”

He added, “More listening sessions will be scheduled for this year and regular All-Employee Forums will be hosted to keep us interacting on the issues.”

He also noted that Stone-Manning last week announced the 21 members of the newly formed Employee Advisory Group that “will help further guide decision-making about how to ensure the structure of the BLM Headquarters in Washington, D.C. and its Western office” in the former bureau hub in Grand Junction, works for employees (E&E News PM, Feb. 2).

Other top employee concerns Nedd highlighted in his email include:

He concluded: “As you can see, based on your feedback we are making progress along many fronts, but we can’t stop here. There’s more work to be done, more improvements to be made.”