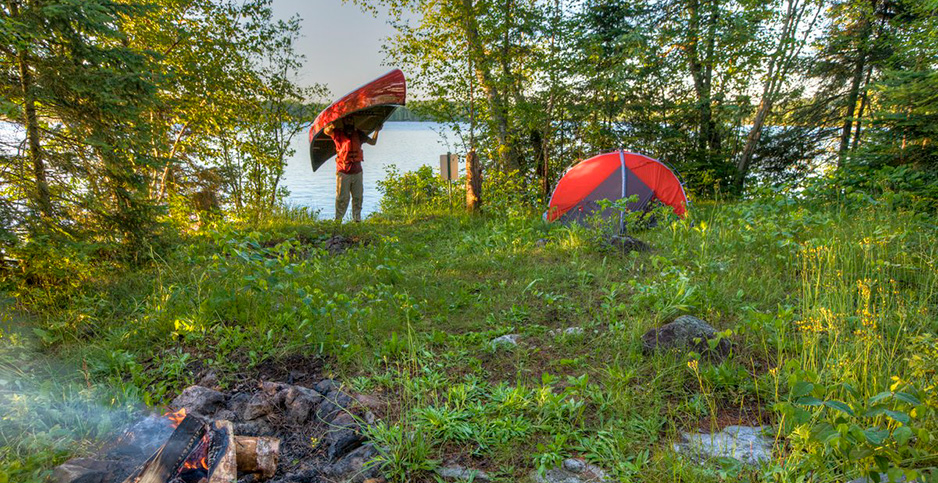 A photo the Bureau of Land Management Eastern States office posted to Twitter with the caption: "Pack your petroleum-based gear for your next #BLMAdventure on public lands. #DYK more than 6,000 products, including insect repellent, fishing rods, canoes, and tents, are by-products of crude oil? Learn how minerals improve everyone's quality of life on #Mineral Monday." @BLM_ES/Twitter

"Pack your petroleum-based gear for your next #BLMAdventure on public lands. #DYK more than 6,000 products, including insect repellent, fishing rods, canoes, and tents, are by-products of crude oil? Learn how minerals improve everyone’s quality of life on #Mineral Monday," the tweet reads.

Spokesman Francis Piccoli said the communications team hadn’t meant to upset anyone with the tweet, nor was the tweet nefarious in any way.

The Mineral Monday idea was started up about a year ago. BLM Eastern States’ communications shop had planned to take various minerals developed on public land and highlight their uses via Twitter and Facebook. The practice fell off, but staff intended to take it back up again, Piccoli said.

"At the end of the day, look, we’re just trying to be transparent. Those are activities that occur on public lands," Piccoli said.

BLM Eastern States’ tweet appeared to strike a chord with those opposed to the Trump administration’s oil and gas support. Others said they just found it odd — a federal agency loudly promoting fossil fuels.

But the tweet is not far out of left field for the communications approach of the administration, which has been unapologetically committed to energy’s dominance and has promoted a pro-fossil fuel extraction agenda.

But oil production shouldn’t be a "point of pride" for BSEE, the agency’s former chief, Michael Bromwich, said in an interview with E&E News at the time.

"BSEE is a safety and environmental enforcement agency. It has no business bragging about the volume of oil production," he said. "If people are going to take credit for that, it’s going to be the industry and maybe the sister agency, the [Bureau of Ocean Energy Management]."

"’Mineral Monday’ isn’t a thing and never will be. #PeopleOverPolluters," the committee tweeted.