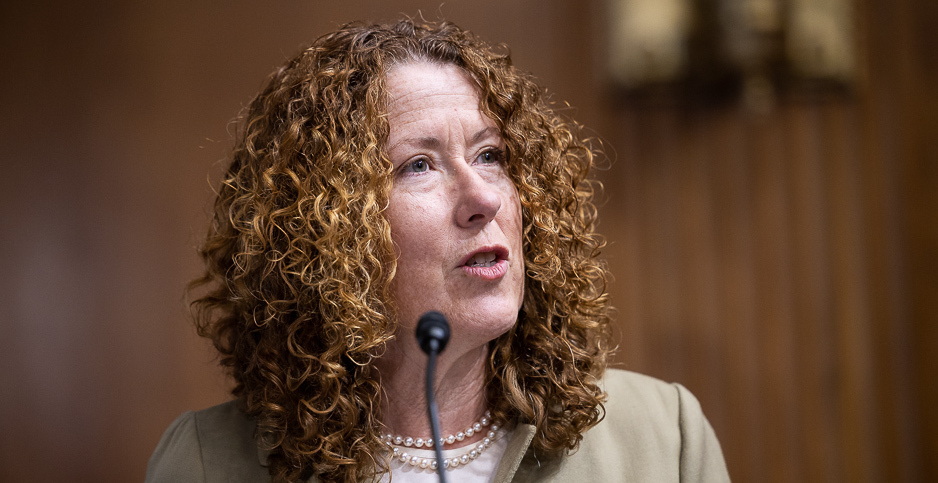 Bureau of Land Management Director Tracy Stone-Manning has announced members of the Employee Advisory Group that will help guide the headquarters move back to Washington, D.C. Francis Chung/E&E News

The Bureau of Land Management today announced the members of an employee group that will help guide the return of BLM’s national headquarters to Washington, D.C., from Grand Junction, Colo.

In an all-employee email sent today, BLM Director Tracy Stone-Manning said the 21 members of the Employee Advisory Group will occupy “supervisory and non-supervisory roles” at bureau headquarters and state and field offices across the West. All were nominated by BLM employees.

“The group’s guidance and insights will be essential to forging the path ahead as it provides counsel to the BLM Executive Leadership Team and the BLM Director on the transition and the long-term operations and function of our Washington D.C. and Grand Junction offices,” Stone-Manning wrote.

She later added: “We had a remarkable pool of people volunteer to serve, and we are grateful to everyone who did. We look forward to the work and results of the Employee Advisory Group and thank our colleagues in advance for their efforts.”

Stone-Manning announced in December that the Employee Advisory Group would be formed, and called for employees to nominate colleagues to serve on the panel (Greenwire, Dec. 16, 2021).

The formation of the advisory panel follows vows by Interior Secretary Deb Haaland and Stone-Manning to involve employees in planning the move back to Washington. Haaland announced in September that she would undo the Trump-era move of BLM’s headquarters to Grand Junction. Instead, that office would be turned into a Western hub.

Haaland has told employees several times that they want the restructuring of the headquarters to work for employees, noting the difficulties the original Trump administration move caused for them.

At least 135 employees left BLM, either for positions at other Interior agencies or through retirement, rather than move out of Washington to Grand Junction and other state offices in the West.

The Interior Department at the time of Haaland’s announcement in September said it would work closely with BLM staff and Congress on the details of the move back to Washington.

Nada Culver, BLM’s deputy director of policy and programs, told employees in September that the bureau would form a steering committee, like the one Stone-Manning appointed today, “representing all parts of the BLM.”

She added that the responsibilities of the Employee Advisory Group will include “advocating for the interests of employees within the directorate, location, and/or organizational level the advisory group member represents,” as well as engaging “employees of every position within the directorate or organizational level to accurately and actively represent their interests.”

The advisory group will meet every three weeks through September, Stone-Manning wrote.

She added that the advisory group will “provide recommendations to BLM leadership on key questions regarding specific positions and broader inquiries.”