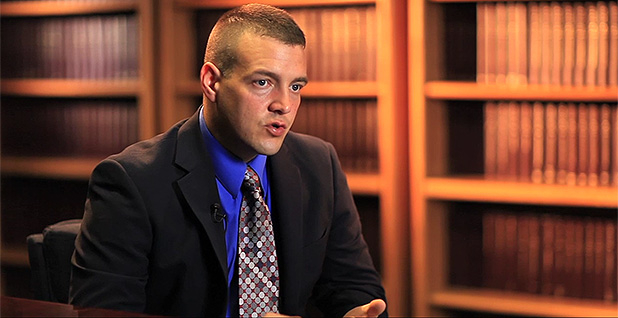 The shake-up continues at the Bureau of Land Management’s law enforcement office with an experienced criminal justice official from outside the bureau tapped as its new acting top cop, according to an internal email sent to senior staffers.

Jason O’Neal, previously assistant director of the Bureau of Indian Affairs’ Office of Justice Services, is now acting director of BLM’s Office of Law Enforcement and Security, according to the email Mike Nedd, BLM’s deputy director of operations, sent to members of the executive leadership team.

O’Neal’s appointment follows the quiet ouster of OLES chief William Woody less than two weeks ago. BLM placed Woody on administrative leave following an Interior Department Office of Inspector General investigation that found Woody had used a "government-owned vehicle" for work for nearly a year without filling out the appropriate paperwork between July 2017 and June 2018 (Greenwire, June 17).

"A big thank-you to Loren Good for filling in as the Acting Director," Nedd wrote. Good has returned to his previous duties as acting deputy director for policy and programs.

"Jason has more than twenty years of law enforcement experience both in the field and in Washington, D.C., holding various positions including Special Agent in Charge" of BIA’s District II office covering Oklahoma, Kansas and Texas, Nedd said in his email.

The Office of Justice Services is "responsible for the overall management" of BIA’s law enforcement program. "Its main goal is to uphold the constitutional sovereignty of the Federally recognized Tribes and preserve peace within Indian country," according to BIA.

O’Neal was also chief of police for the Chickasaw Nation in Oklahoma, Nedd’s email says.

Questions remain about the status of O’Neal’s predecessor at BLM.

On June 12, Casey Hammond, Interior’s principal deputy assistant secretary for land and minerals management, informed Woody in a letter that he was being placed on administrative leave (Greenwire, June 19).

Hammond, who is "exercising authority of the director" of BLM through July, said in the letter that he was doing so based on the findings in the IG’s report completed last October but stressed that the move was not a "disciplinary action."

Sources speculated that because no "adverse action" has been taken against Woody and he has not been fired, he still technically occupies the OLES director’s position, and thus it cannot yet be filled on a permanent basis.

Ed Shepard, president of the Public Lands Foundation, a BLM retirees organization, said that all the shifting in OLES leadership is tricky and that he does not understand "why they changed" acting directors "this quickly, unless Loren Good was named acting immediately while they decided on another."

But Shepard added that law enforcement "is one of those areas where it is important to name a director and make sure everyone knows who is in command."

Meanwhile, Katherine Atkinson, Woody’s Washington-based attorney, said they have not received any clear word on why the IG’s findings were sufficient enough for BLM to place her client on administrative leave.

The IG’s office concluded that Woody failed to obtain a vehicle authorization form when he was transferred back to BLM in 2017 after a six-year stint as chief of the Fish and Wildlife Service’s law enforcement office. Some current and former BLM officials have questioned whether the missing form warranted removing Woody, who was first appointed OLES director in 2003.

Hammond’s letter to Woody hinted that he is the subject of "ongoing investigations" involving the IG, the Interior Department and BLM, and that placing him on administrative leave was appropriate to allow investigators "to work diligently to conclude" the investigations.

But the IG’s office told E&E News last week that it concluded its probe of Woody in October and is not currently conducting any investigations involving Woody (Greenwire, June 20).