BLM no longer aiming to prevent drilling in key habitat 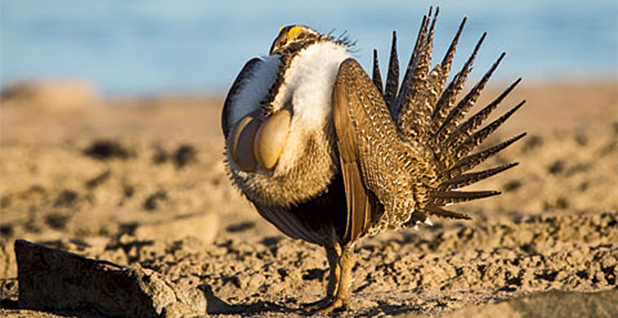 The oil and gas IM — signed by Robert Jolley, Interior’s acting assistant director for energy, minerals and realty management — replaces a September 2016 IM that "encouraged" BLM field offices "to work collaboratively with relevant state and federal agencies as well as stakeholders to develop strategies and incentives to encourage and prioritize leasing and development outside of [grouse] habitats."

"The updated policies are in response to concerns raised by the states, local partners and our own field staff," Brian Steed, BLM’s deputy director for programs and policy, said in a statement.

"BLM’s new guidance essentially turns the intent of these plans upside down, removing direction that would protect habitat and instead emphasizing how to permit leasing and development, regardless of the importance of the habitat at risk," Nada Culver, senior counsel and director of the Wilderness Society’s BLM Action Center, said in an emailed statement.

The new IM instead prioritizes evaluating grazing allotments that don’t meet federal "land health standards" or that have not been evaluated for compliance with the standards.