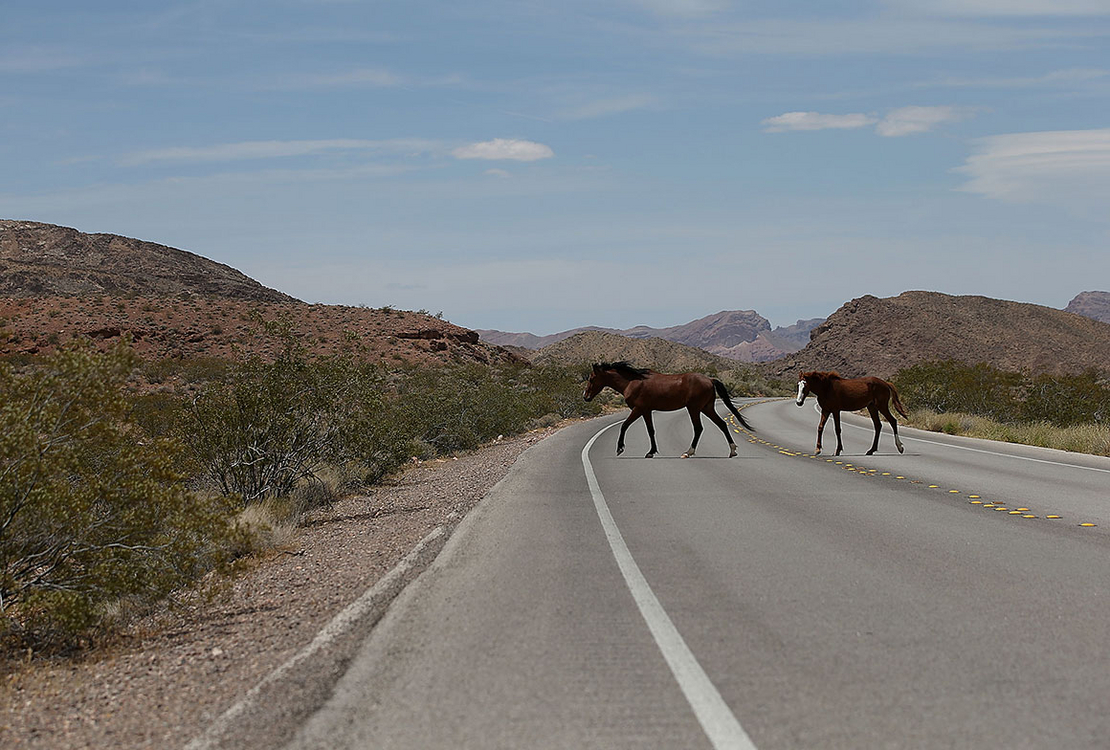 The Bureau of Land Management is prepared to ramp up wild horse and burro gathers over the next two months as extreme heat and drought conditions across much of the West threaten the safety of thousands of federally protected animals.

BLM estimates that as many as 6,000 additional wild horses and burros need to be rounded up and removed from federal rangelands by the end of September in order to "prevent widespread thirst and mortality in wild horse and burro herds as drought intensifies across most of the West," the bureau said today in a news release.

The bureau did not specify where it would concentrate the emergency gathers, if executed. But the number of wild horses, and the current condition of the rangelands, likely means the bureau will target animals in Nevada, Utah and California.

"As one of the agencies charged with the responsibility to protect and manage America’s wild horses and burros, the BLM is prepared to take emergency action where we can in order to save the lives of these cherished animals," said Nada Culver, BLM’s deputy director of policy and programs, in a statement.

"At the same time, we are committed to continuing our efforts to reduce overpopulation across the West and achieve healthy, sustainable herd sizes that are more capable of withstanding severe conditions, including prolonged drought, which are becoming more frequent due to climate change," Culver added.

BLM under the Biden administration has already committed to an aggressive Trump-era plan to round up roughly 11,000 animals this fiscal budget cycle, ending Sept. 30, and as many as 20,000 wild horses and burros in fiscal 2022.

But 86,189 wild horses and burros are still more than three times the maximum number of animals that BLM says federal rangelands can sustain without causing damage to vegetation, soils and other resources.

It also means there’s less water and forage for not only the wild horses and burros but also other animals on the range.

Culver asked those who are able to adopt one of the rounded-up animals into "a loving home" to do so.

But that request comes as BLM is conducting an internal investigation into claims from advocacy groups that potentially dozens of horses that passed through its pay-to-adopt program were later sold by their new owners at auctions and potentially sent to slaughterhouses.

BLM last week announced a series of administration tweaks to the adoption incentive program designed to provide better oversight of the horses while the internal investigation continues (Greenwire, July 27).

The program is currently the target of at least two federal lawsuits, including one by the American Wild Horse Campaign, which last week announced it had uncovered another 13 wild horses and burros from the adoption incentive program sold at auctions in Oklahoma and Montana.

More roundups mean more wild horses and burros placed into off-range holding pens and corrals to be prepped for adoption through the program.

BLM says it can handle the extra animals.

"These are incredible animals that deserve a chance to thrive with a caring adopter," Culver said.