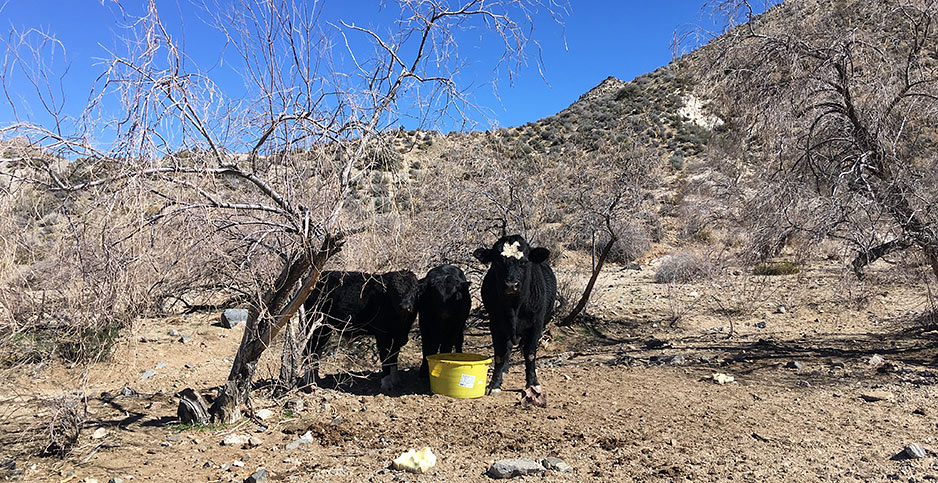 The Bureau of Land Management is preparing to overhaul grazing regulations, including how it addresses scofflaw ranchers on public lands.

In a notice to be included in tomorrow’s Federal Register, the land management agency announced it is preparing an environmental impact statement on proposed updates to grazing rules.

According to BLM, the newest updates will address grazing permit procedures and land use planning, as well as how best to use grazing to address and reduce wildlife risks.

BLM administers 18,000 permits and leases for livestock grazing on 155 million acres of public lands in the western United States, more than 60% of the 245 million acres it manages across the nation.

The 9th U.S. Circuit Court of Appeals upheld a permanent injunction of those rule changes in 2011.

"Administration of sustainable livestock grazing on public lands is a key part of the Bureau of Land Management’s multiple-use mission. We continue to seek ways to improve and streamline the grazing permit process to achieve greater efficiencies and service to permittees," the Interior Department’s acting assistant secretary for land and minerals management, Casey Hammond, said in a statement Friday.

He added: "This rulemaking effort is designed to strengthen and improve our administration of grazing permits across the West, and we welcome public and stakeholder ideas and perspectives."

In the Federal Register notice, BLM points to a 2016 Government Accountability Office report on unauthorized grazing that advised creating a "procedure for the informal resolution of violations at the local level."

But the Western Watersheds Project — which along with Advocates for the West brought the lawsuit that upended the 2006 changes to grazing regulations — criticized the announcement and accused the Trump administration of "appeasing grazing permittees that break the rules."

"This is a clear nod to the Bundy crowd that they can get away with their illegal grazing and the BLM will just look the other way," the Idaho-based group said in a statement referring to Nevada rancher Cliven Bundy.

Bundy is known for his long-running refusal to pay grazing fees while allowing his cattle to roam on public lands, and in 2014 staged an armed standoff with federal agents who attempted to round up his cattle for auction to settle his debts to the federal government.

The Public Lands Council and the National Cattlemen’s Beef Association, however, praised the proposed revisions, which it described as a long-overdue correction to regulations enacted under Clinton administration Interior Secretary Bruce Babbitt.

"This is a once-in-a-generation opportunity for BLM permittees to set the record straight," said J.J. Goicoechea, chairman of the cattlemen’s association’s Federal Lands Committee and the Public Lands Council’s grazing regulations working group.

The BLM updates will draw in part from 11 demonstration projects that focus on its "outcome-based grazing," an effort that aims to set ecological goals for improving and maintaining rangeland health (E&E News PM, Sept. 22, 2017).

Goicoechea added: "We have endured Bruce Babbitt’s ‘Range Reform’ for over 25 years — and the land, native grasses, and local ranching families have suffered as a result. This [notice of intent] is the first step toward righting that wrong. I cannot understate how important it is for ranchers to submit comments and participate in these scoping meetings."

BLM plans to hold four public meetings on the updates in February, including sessions in Miles City, Mont.; Las Cruces, N.M.; Elko, Nev.; and Casper, Wyo. It will also accept public comment on its own website until Feb. 28.