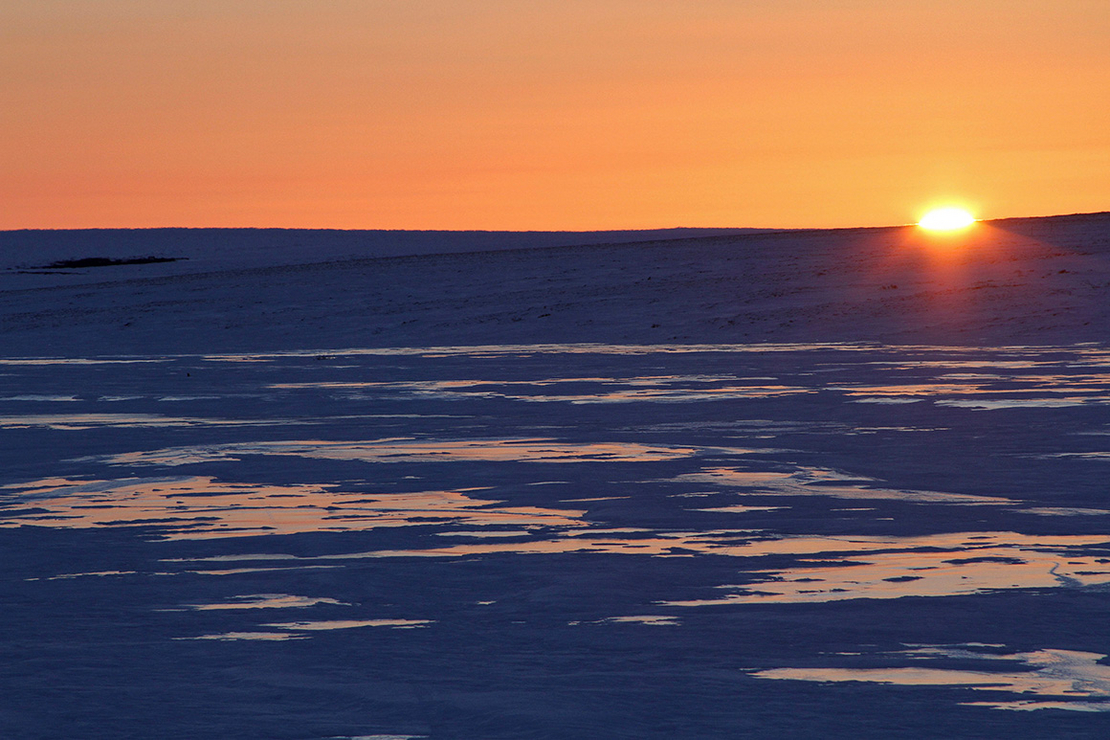 The sun rising over the frozen tundra just outside Nome, Alaska, and lighting up patches of ice covering the Nome River in 2016. Mark Thiessen/AP Photo

The Biden administration plans to conduct an in-depth analysis of a series of public land orders issued in the final weeks of the Trump administration that sought to open 28 million acres of federal lands in Alaska to oil and gas development and mining activity.

The Biden administration in April 2021 placed those orders on a two-year moratorium while it analyzed the Bernhardt orders (Greenwire, April 15, 2021).

Publication of the notice will kick off a 60-day public scoping period, running through Oct. 17, to gather public feedback on the major issues that BLM should analyze in the EIS.

BLM said in press materials that the EIS would focus on addressing “the legal defects in the decision-making process,” in the five public land orders, “including ensuring compliance with the requirements of National Environmental Policy Act.”

Issues that will be studied, according to today’s notice, include “possible failure to adequately evaluate impacts” of opening the lands to mining and drilling under the Endangered Species Act, as well as “failure to secure consent from the Department of Defense (DOD) with regard to lands under DOD administration,” and “failure to adequately analyze potential impacts on subsistence hunting and fishing.”

Depending on the outcome of the EIS, BLM could fully or partially revoke the Bernhardt orders, or retain “some or all” of the Bernhardt withdrawals that would open the lands to development.

Bernhardt signed the five public land orders in January 2021 during the final two weeks of the Trump presidency.

But only one of the five public lands orders, PLO 7899, was published in the Federal Register, on Jan. 19, 2021. It covered 9.7 million acres west of the National Petroleum Reserve-Alaska along the Arctic Ocean and would have been opened to mining and oil and gas development on April 19, 2021 (Greenwire, Feb. 17, 2021).

The Biden administration’s decision to pause the Bernhardt orders last year riled Alaska Sen. Lisa Murkowski (R), as well as the National Mining Association, among others.

Murkowski declined to vote last year to confirm BLM Director Tracy Stone-Manning’s nomination to lead the bureau due to what she alluded to at the time as Stone-Manning’s response to her questions about the public land orders and whether she supported the moratorium.

Much of the lands covered by Bernhardt’s orders were withdrawn decades ago from new mining claims and oil and gas leasing through the Alaska Native Claims Settlement Act of 1971. The law set aside large swaths of the state for conservation and other land use classifications (Greenwire, Jan. 19, 2021).

The planned EIS is separate but includes many of the same lands that were analyzed in an environmental assessment BLM issued last April that cleared the way for Alaska Natives who served in the Vietnam War to claim individual parcels inside a designated 27.2-million-acre area of federal lands in the state.