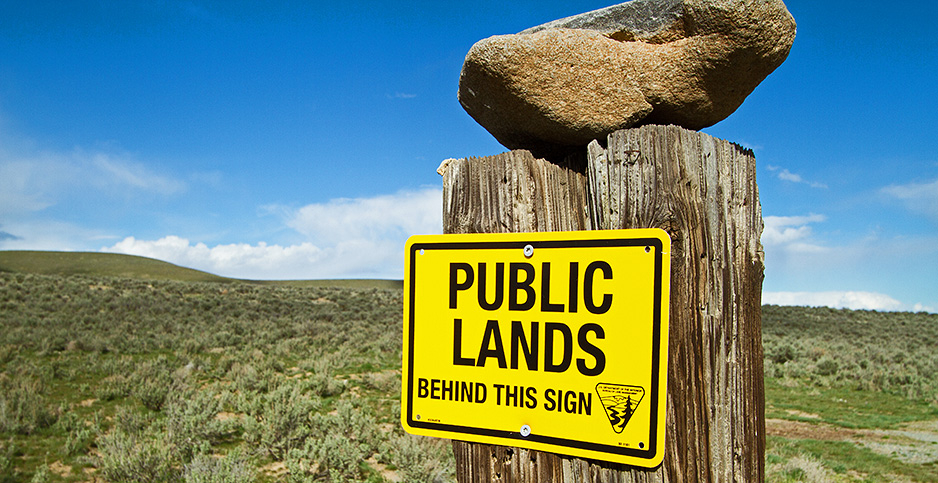 The Bureau of Land Management appears poised to lose the majority of its Washington, D.C.-based staff as part of its plans to relocate out West next year, numerous sources both within and outside the bureau have told E&E News.

That could include dozens of employees in the departments that handle public lands planning, compliance with the National Environmental Policy Act, management of hazardous materials, and oil and gas development on the 245 million acres BLM manages, according to multiple sources who asked not to be identified.

BLM notified 159 D.C.-based employees Nov. 12 that they were being relocated either to the new headquarters in Grand Junction, Colo., or to other state offices across the West (Greenwire, Nov. 13). The notifications gave employees 30 days — or until next week — to accept the relocation. Most employees have not formally notified the bureau that they will stay or leave.

Complicating matters is that some employees are asking for extensions beyond the 30-day deadline to decide, sources said.

What’s more, some employees have agreed to move, but only in an effort to buy more time while they look for different positions in the D.C. metropolitan area, sources said. Employees who agree to move have 120 days "to report to your new duty station," according to the relocation notice letters.

"One of the reasons it is difficult to get an accurate head count is that some people may say that they are willing to relocate in order to buy time while they are waiting to hear about other positions for which they have applied," said one former senior BLM official who remains in regular contact with dozens of employees in the D.C. office.

BLM issued an emailed statement to E&E News today stating it can’t address the number of employees agreeing to leave or stay until after the 30-day deadline Dec. 12.

But the feedback from employees and other sources provides insight into how the plan to relocate the headquarters out West, and closer to the lands the bureau manages, may affect BLM operations in the coming months.

And it appears likely that many D.C.-based employees have no intention to relocate to Colorado or eight other state offices in Arizona, California, Idaho, Nevada, New Mexico, Oregon, Utah and Wyoming. More than 200 positions are slated to move as part of the relocation plan announced in July.

Some BLM divisions will be left with only a handful of employees who agree to move, sources said.

But BLM, which in September leased an office in Grand Junction for the new headquarters, continues to push forward with the relocation plan.

The bureau has made a concerted effort in the past two months to fill numerous vacant positions that are moving to Grand Junction. It has advertised in USAJobs for the BLM chief of staff, senior policy adviser and senior litigation specialist positions, as well as assistant director of resources and planning. It’s not clear whether any of those positions have been filled.

Some D.C.-based senior officials are so concerned about a massive "brain drain" at the bureau, they are taking matters into their own hands by developing "playbooks" that will "describe what we do" for the many new senior-level officials replacing those who do not move, said a current BLM official who asked not to be identified.

BLM acting chief William Perry Pendley has told Congress and bureau employees that the Interior Department does not want to lose any employees.

BLM reiterated that in its statement to E&E News, saying the bureau intends to help employees who do not move find work. It noted there are 21 "vacancies within the BLM Washington Office and the BLM Eastern States Office in Falls Church, Va., that employees can apply to and receive priority status."

The statement added: "There are many efforts being made to place employees who do not plan to relocate within positions in the DC area or within other BLM positions throughout the nation. Right now, BLM employees receive early consideration for any new positions within the entire Department of the Interior in the Washington area five days before being advertised on USAJobs."

But some employees have raised concerns about that effort. One BLM staffer said that they and "several" employees have not received any feedback from the other Interior bureaus where they have applied for open positions.

"I don’t know enough to tell if this is just the normal HR decision processing time, or bad faith, or what," a source said.

One of the hardest-hit areas appears to be the Resources and Planning Department, which is responsible for threatened and endangered species, NEPA compliance, and wild horses and burros.

The department’s Decision Support and Analysis, Planning and NEPA division has 20 positions. Two are vacant; a third, socioeconomics program lead, is already in Fort Collins, Colo.

Of the 17 other positions, BLM’s relocation plan would move the division chief and two branch chiefs to Denver and the remaining D.C.-based positions all over the West: Reno, Nev.; Phoenix; Billings, Mont.; Sacramento, Calif.; Anchorage, Alaska; Salt Lake City; and Santa Fe, N.M., according to an organization table obtained by E&E News.

Two sources, including one within the Resources and Planning Department, told E&E News that no more than three of the affected staffers are expected to move.

Of the 15 positions within the Forest, Range and Vegetation Resources division, at least four of the positions are already vacant, and only five employees are expected to move to Boise, Idaho, or Portland, Ore., the sources said.

Overall, there are 64 positions in the Resources and Planning Department — 21 of which are already vacant. Of the 43 occupied positions, only seven are "likely to move" to their new duty stations in the West, a source with knowledge of the situation said.

"Very few staff that I know in [both departments] are going to move," a BLM source said.