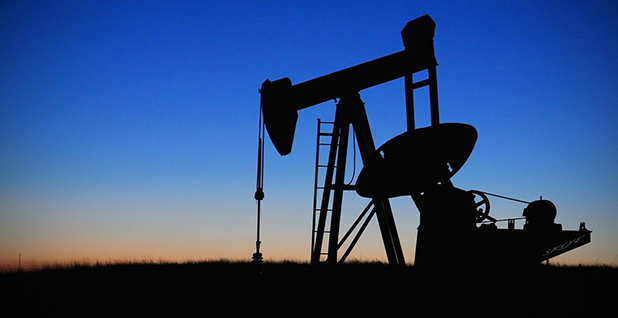 The states of California and New Mexico yesterday opened a new courtroom battle over Obama-era methane standards, hours after the Interior Department closed the book on its long effort to scale back the rule.

Bureau of Land Management officials yesterday revealed the language of its revisions to the 2016 Methane and Waste Prevention Rule.

"Sadly, the flawed 2016 rule was a radical assertion of legal authority that stood in stark contrast to the long-standing understanding of Interior’s own lawyers," said Interior Deputy Secretary David Bernhardt. "The Trump administration is committed to innovative regulatory improvement and environmental stewardship, while appropriately respecting the clear and distinct authorities of the states, tribes, as well as the direction we receive from Congress."

"With this attempt to axe the Waste Prevention Rule, the Trump administration risks the air our children breathe and at taxpayers’ expense," said California Attorney General Xavier Becerra. "We’ve sued the administration before over the illegal delay and suspension of this rule and will continue doing everything in our power to hold them accountable to our people and planet."

In their lawsuit, filed in the U.S. District Court for the Northern District of California, the states contend that BLM under President Trump has violated multiple statutes in its unrelenting efforts to wipe the rule from the books.

The revised rule is a "shocking abdication" of the department’s responsibilities, said David Hayes, former Interior deputy secretary in the Clinton and Obama administrations.

"The final rule fails to forthrightly address the environmental and fiscal significance of the issue to federal and state authorities, the relatively minor costs of compliance, and the major climate- and health-related environmental benefits associated with commonsense restrictions on venting and flaring activities," said Hayes, who now serves as executive director of the State Energy & Environmental Impact Center at the New York University School of Law.

BLM yesterday found that its revision would result in maximum total net benefits of roughly $1.08 billion over a decade. That benefit is rooted in reduced compliance costs for oil and gas operators.

"As environmental stewards and businessmen and women who live in the communities where they work, IPAA member companies strive to explore for and produce as much American oil and natural gas as possible, while always being mindful of the need to protect public lands and the environment," said Barry Russell, president and CEO of the Independent Petroleum Association of America. "The Trump administration’s rule recognizes this fact and acknowledges the cost burden placed on companies that work and explore on federal lands."

The cost-benefit analysis for the revision rule applies a sharp discount on the social cost of emitting methane, a potent greenhouse gas, into the atmosphere.

"The administration is turning its back on commonsense methane reduction standards that reduce wasteful energy flaring and protect the public from harmful smog-forming pollution," said Howard Learner, executive director of the Environmental Law & Policy Center. "The current standards call for the use of known technologies and good industry practices to reduce wasteful methane leaks. The new rule would allow more flaring of methane gas — a valuable natural resource."

Allowing companies to release more natural gas into the atmosphere instead of capturing it for sale will result in at least $28.3 million in forgone royalty payments to taxpayers, BLM estimated.

"Today’s final methane rule makes it painfully obvious that this administration is placing industry interests ahead of federal taxpayers," Ryan Alexander, president of Taxpayers for Common Sense, said in a statement yesterday. Interior Secretary Ryan Zinke "has chosen to dismiss the problem of leaked, vented or flared gas from drilling operations on federal lands, costing taxpayers millions in lost revenue."

"We are relieved that BLM’s final rule has been released and that it actually addresses waste prevention," said Kathleen Sgamma, president of the Western Energy Alliance. "The late 2016 Obama administration rule was all about regulating air quality, which is the job of EPA and the states under the Clean Air Act, not BLM, which has no air quality expertise or authority. The new regulation restores the rule of law while reducing waste of natural gas, which was supposed to be the intent of the original rule in the first place."

Instead of viewing industry’s efforts as a reason to cut back regulations, government officials should see those actions as indicators of industry’s appetite to address their climate contributions, environmental groups said. Consistent federal regulations would require smaller operators to follow larger firms’ lead, they said.

"When even the world’s largest oil companies recognize the need for methane safeguards, reasonable people cannot pretend that the Trump administration is rolling them back in the public’s interest they purport to serve," said Earthworks policy director Lauren Pagel.

Republicans in Congress last year pushed to unwind the Obama regulation under the Congressional Review Act, which requires a simple majority in the House and the Senate to support a resolution to disapprove a rule.

Although the House and Senate were under GOP control, the proposal fell short of the support it needed in the upper chamber (Greenwire, May 10, 2017).

"Even though Congress has already rejected an attack on the Obama-era methane rule, Secretary Zinke has ignored congressional intent and moved forward with this ill-advised scheme anyway," she said. "If this new rule is implemented, companies will be able to waste millions of dollars in taxpayer resources by releasing 180,000 tons of methane pollution per year into our air."

House Natural Resources Chairman Rob Bishop (R-Utah) said he was glad to see Interior find its own way to scrap the rule.

"Today’s announcement fulfills the promise made by the Trump administration to remove regulatory hurdles on domestic energy production," he said in a statement yesterday. "The previous rule was founded on questionable legal theory and resulted in unnecessary costs."

Sen. Tom Udall (D-N.M.) said the revision rule ignores the years of public input that went into the creation of the original rule.

"The methane rule was established with wide support after years of open dialogue and stakeholder involvement. And the evidence is clear: This rule has had no negative effect on job creation or on the booming U.S. oil and gas production on federal lands," he said. "That’s why the methane rule was upheld by a bipartisan vote in the United States Senate — despite heavy lobbying from some in the oil and gas industry."

Sen. Michael Bennet (D-Colo.) this year led a request that Interior officials hold public meetings on the BLM rule changes, as they did in the lead-up to the Obama regulation (Energywire, April 18, 2017).

"I’m disappointed to learn that BLM did not listen to the people of our state and went ahead with this rollback even after the Senate rejected it," Bennet said yesterday. "Today’s decision only has downsides for the people of Colorado. It will lead to more pollution, waste more natural gas and decrease revenue for taxpayers.

"Worst of all, it will put the health of our communities at risk."