Bloomberg takes on the plastics industry 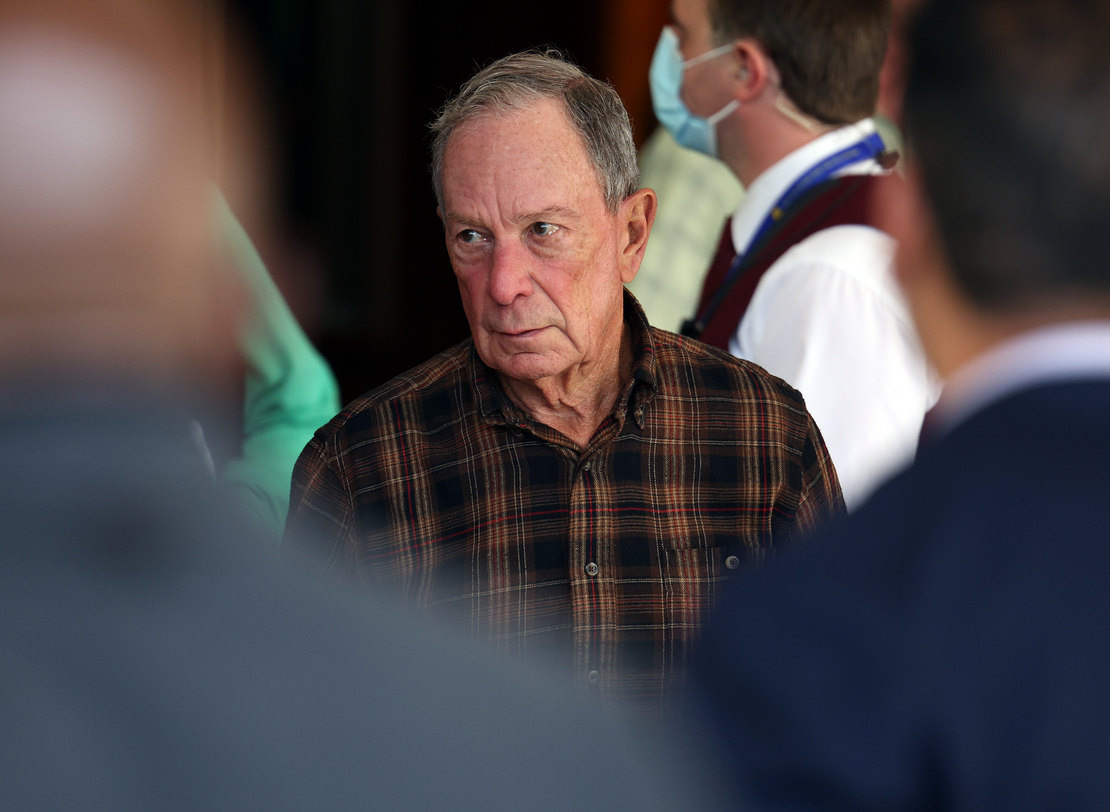 The businessman, who also serves as a United Nations special envoy on climate ambition and solutions, announced the initiative Wednesday. Modeled after Bloomberg’s successful drive to shut down coal plants, the philanthropic Beyond Petrochemicals campaign will help reinforce local resistance against plastics production in places like the Gulf South and Appalachia.

In a statement, Bloomberg presented the investment as a key step in ongoing efforts to address the climate crisis and expand environmental justice work.

“Petrochemical plants poison our air and water — killing Americans and harming the health of entire communities,” he said. “And with many heavily-polluting new projects planned around the U.S., we’re at a critical moment for stopping them.”

The new campaign will seek to block more than 120 petrochemical projects, in addition to promoting more aggressive rules for those already in place. The plants are concentrated in Louisiana, Texas and the Ohio River Valley, all areas where petrochemical activity has drawn widespread scrutiny and pushback.

Residents in those communities have increasingly mobilized to fight industry and raise awareness around their concerns. Beyond Petrochemicals will direct assistance to a slew of advocacy efforts and groups, including Beyond Plastics, the Bullard Center at Texas Southern University, Defend Our Health, Earthjustice, Earthworks, the Hip Hop Caucus, the Louisiana Bucket Brigade and Rise St. James.

“Communities around the country are standing up to confront the petrochemical industry and defend their right to clean air and water,” Bloomberg stated. “This campaign will help ensure more local victories, support laws that protect communities from harm, and reduce the greenhouse gas emissions that are fueling the climate crisis.”

Previous major Bloomberg-powered efforts have targeted coal and carbon. The high-profile Beyond Coal campaign helped fuel a massive wave of plant retirements, which helped bring down U.S. emissions by more than 600 million metric tons. That campaign’s initial target was retiring 30 percent of U.S. plants by the end of the last decade, but ultimately saw more than double that number in retirements.

Bloomberg’s new focus on plastics comes at a key moment. The United Nations has projected plastics production will double by 2040, with stark climate implications. According to the International Energy Agency, the wider industry will surpass coal-fired carbon emissions by the end of this decade.

There are more than 120 proposed petrochemical plants across the country. Bloomberg Philanthropies-backed research from the Rocky Mountain Institute found that building those facilities would double industry emissions, virtually ending the United States’ chances of meeting Paris Agreement climate goals.

But grassroots efforts have seen considerable success recently. Only last week, a Louisiana judge scrapped a key permit for one of the most controversial sites proposed in a region dubbed “Cancer Alley” due to the industry-linked health impacts experienced by its residents (Greenwire, Sept. 15). A separate South Louisiana project was canceled earlier this month.

Those results were greatly boosted by aggressive local resistance, and the Beyond Petrochemicals campaign intends to help catalyze similar results — to the relief of advocates, who have already applauded the funding.

“For three generations, my family has lived and worked in the shadow of the petrochemical industry here in Houston,” said Air Alliance Houston Executive Director Jennifer Hadayia in a statement. She added that the campaign “will bring much needed investment and attention to helping those of us on the frontline and the fenceline push back against these harmful polluters.”

Judith Enck, a former Obama-era EPA regional administrator and president of Beyond Plastics, similarly said the campaign “is extraordinary and will protect public health, particularly in communities of color.”

Bloomberg Philanthropies said the investment would focus on a few key areas in addition to community leadership, namely data and research, as well as litigation, which could prove costly for companies. Engaging with both the general public and the private sector will also be a focus.

Coal plants notably were on the decline prior to massive campaigns to close them, unlike plastics facilities, which are lucrative and gaining speed along with the boom in natural gas. But proponents of the new funding said they hoped to see a trajectory for plastics similar to what has happened to coal.

“With a sustained effort over the next several years, the U.S. will close all coal plants by 2030,” said Bruce Nilles, who heads up the group Climate Imperative. “Petrochemicals are the next big fossil fuel fight.”