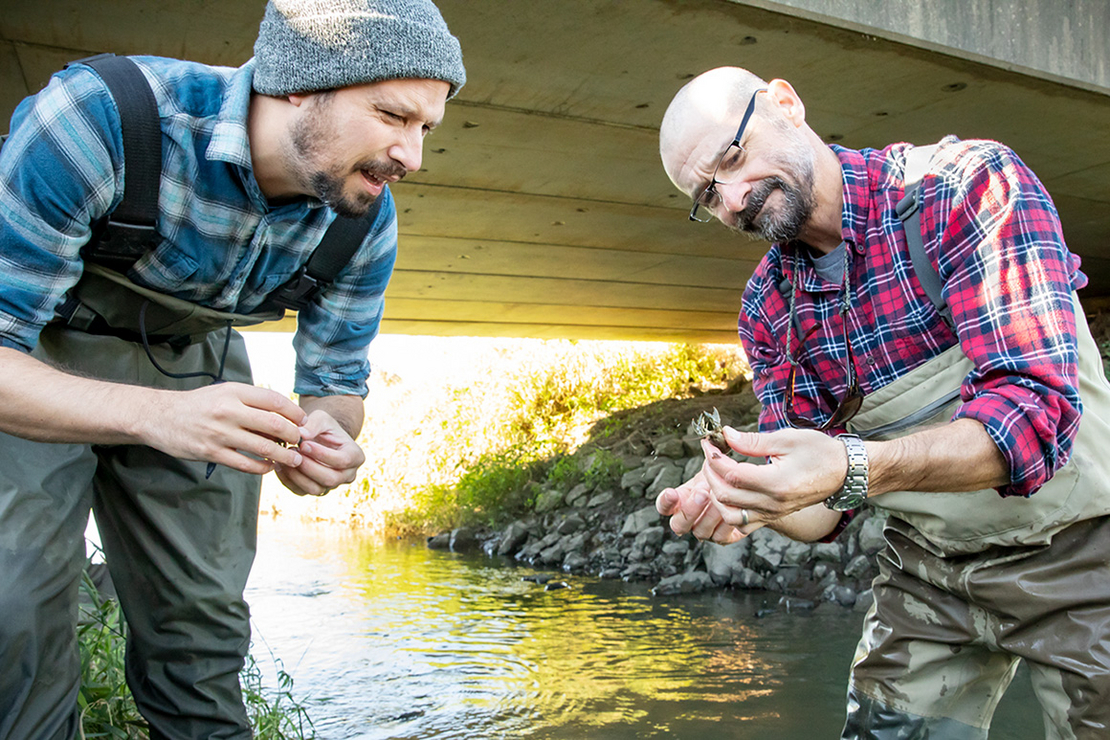 Researchers studying invasive crawfish in southeastern Missouri discovered the species was interbreeding with native ones, altering the native species’ genetics and reducing their reproductive success.

The researchers say the same could be happening in other habitats where native and invasive subsets of the same species are in close contact, blurring the genetic lines in favor of invasive species.

“Just looking at morphology, there was no way we could tell that the crayfish we found were hybrid until we did genetic testing,” said Eric Larson, co-author and professor at University of Illinois at Urbana-Champaign. “We kept finding nonnative crayfish with native mitochondria, and we were asking ourselves why we couldn’t tell from morphology.”

Genetic data revealed that the hybrids are alive and well in Ozark waterways, suggesting that invasive-native hybridization is more common than previously thought, according to the research published today in Aquatic Invasions.

“We were lucky to have nuclear genome markers that work to prove this, but now we have anxiety as a team that the hybrids as an impact could be underdocumented,” Larson added.

The invasive virile crawfish has been in Ozark waterways since the 1980s. Researchers think the species strayed from its native range — the Hudson Bay watershed in Canada south to across the U.S. Midwest — by fishermen moving crawfish from one stream to another in bait buckets.

Nonnative species like virile crawfish can have detrimental effects on not only native crawfish, but also their ecosystems. They outcompete native crawfish for vital food sources, pushing native species to population declines and sometimes extinction. That, in turn, gets rid of vital prey sources for bigger game fish, like small and large mouth bass.

“If you care about recreational fishing, if you change the type of crayfish [in a habitat], since they’re not all identical and have functional differences, it causes changes to the food web, which can destroy aquatic plants and even affect fishing license sales,” Larson said.

Only one other native-invasive crawfish hybrid is known to exist, and it was detrimental to lakes across Wisconsin and Michigan, he added. Male invasive rusty crawfish began mating with native female northern clearwater crawfish. Those hybrids not only reduced invertebrate and plant biodiversity in the region, but also harmed the reproductive success of the native crawfish after generations of mating, displacing the native species.

The team warns that the native spothanded crawfish could face the same fate as the northern clearwater species at the hands of the virile-spothanded hybrids.

“I think that people don’t realize that there are hundreds of different species of crayfish that have been isolated for hundreds of thousands of years — people think there’s only one,” said Larson, also noting that there are 600 crawfish species documented globally.

“When you release some crayfish that you got, say, from Louisiana for a crayfish boil, in a stream near you up north, that can trigger an invasive attack,” he added.

Negative effects of hybridization have been documented in a few other instances as well, said Larson. For example, rainbow trout — a fish species native to the West Coast — was intentionally introduced in more inland areas inhabited by cutthroat trout to ramp up the fly-fishing industry.

The hybrid swarms, dubbed cutbows, have been known to overpopulate areas and decrease the genetic integrity of native populations.

“[The trout hybrid] was well documented since it was an intentional introduction,” Larson said. “But hybrids from these accidental introductions — like elementary school teachers releasing classroom crayfish that are unknowingly from across the country or fisherman catching a crayfish and using the same gear to fish an hour away — those are much harder to track.”

He added that better genetic sequencing technology and techniques will do a lot of the heavy lifting for finding more marine hybrids. But once they’re found, there’s not much they can do to reverse it.

“It’s like Pandora’s box. Once there’s a biological invasion, it’s hard to turn back the clock,” Larson explained, adding that many conventional techniques to rid waterways of invasive crawfish have proven to not be that effective.

The key is prevention, he said, and improving education around crawfish species and the harms of potential invasions.

“We’re doing everything we can to make life easier for native crayfish,” Larson said. “In the face of climate change and all these other issues, we need to keep prevention at the front.”