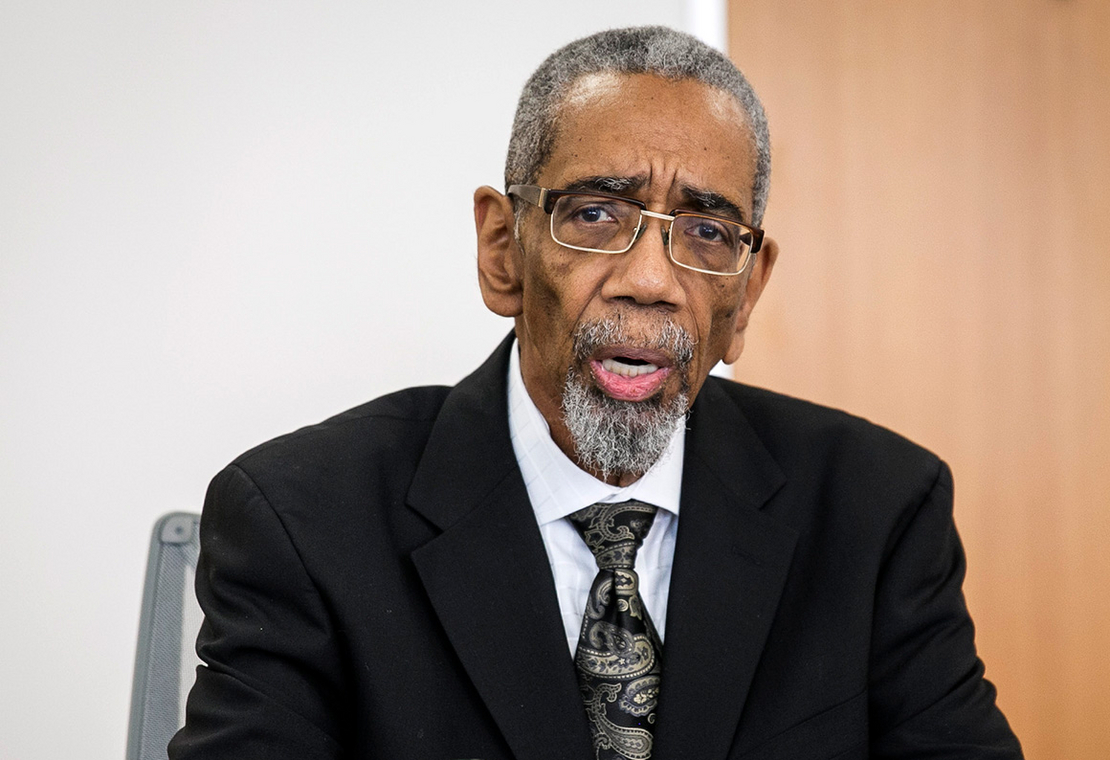 Rep. Bobby Rush (D-Ill.), chair of the House Energy and Commerce Subcommittee on Energy, will not run for reelection. Rich Hein/Chicago Sun-Times/Associated Press

Rep. Bobby Rush (D-Ill.), a longtime leader on civil rights and the chair of the House Energy and Commerce Subcommittee on Energy, will retire from Congress.

Rush, who represents a district that includes Chicago’s South Side and some of its southern suburbs, told the Chicago Sun-Times yesterday that he won’t run for reelection in this year’s midterms and will leave when the next session of Congress starts in January 2023. A source familiar with his plans confirmed the decision to E&E News. He is expected to announce it publicly today.

“I don’t want my grandchildren … to know me from a television news clip or something they read in a newspaper,” Rush told the Sun-Times, recalling a recent conversation with his grandson.

Rush has served as the top Democrat on the Energy Subcommittee since 2013 following the departure of then-Rep. Ed Markey (Mass.) to run for the Senate.

During that time, Rush emerged as a chief advocate for expanded energy job access to underserved communities and people of color, a call that rang especially true for an energy industry that is overwhelmingly white- and male-dominated.

He helped enact additional job training funding at the Department of Energy as part of the Energy Act of 2020.

He has also had his fingerprints on a host of sweeping climate-inspired legislative proposals that Democrats have pitched as all-encompassing approaches to reduce carbon emissions and transfer multiple economic sectors into a net-zero economy by 2050.

That included Rush’s legislation to infuse tens of billions of dollars in grants and rebates to help communities adopt and pay for new electric vehicle charging infrastructure. Portions of that legislation served as inspiration for the billions in EV-related spending enacted into law last year as part of the Infrastructure Investment and Jobs Act.

Rush joined with Upton for a series of bills the past two Congresses that sought to extend DOE authorities to bolster its efforts to shore up the electric grid against physical and cyberattacks.

Rush, an ordained minister, rose to fame in the 1960s as a leader in the Black Panther Party. When police killed Black Panther leader Fred Hampton and Mark Clark in Chicago, Rush called the event an “execution squad” and labeled the police “pigs.”

He later entered politics, first running for Chicago City Council in 1975 and winning a seat in 1983. He first ran for the House in 1992 and beat incumbent Rep. Charles Hayes (D) to win the seat.

Rush has won reelection by wide margins since then, including in 2000, when he was challenged in a primary by Barack Obama, then a state senator, who went on to become a U.S. senator and then president.

Rush is now the 24th House Democrat to announce their departure since this session of Congress started last year. The party is expected to lose its majority in the midterm elections, though it likely won’t be due to the 1st District: It is one of the most heavily Democratic constituencies in the country.

“If Democrats thought their retirement crisis would get better over the holidays, they were wrong. Democrats are abandoning ship as fast as possible because they know their majority is doomed,” NRCC spokesperson Mike Berg said in a statement following the announcement.