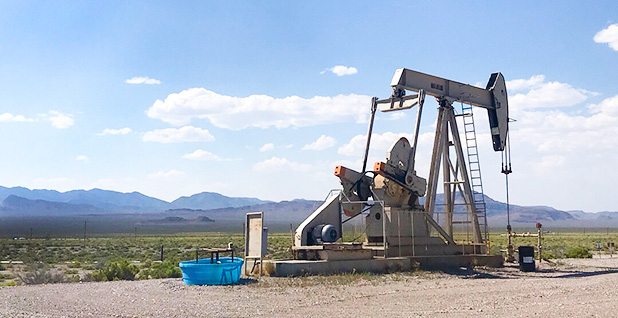 Energy companies will save money, regulators will lose leverage and some federal agencies will march to different drummers under the Bureau of Land Management’s newly announced end to compensatory mitigation.

From 2010 through 2014, the Army Corps issued about 56,400 written authorizations nationally per year under its permit authorities, approximately 10 percent of which required compensatory mitigation.

Echoing the tenor of industry concerns, the BLM memo declares that "at times, the nexus between a proposed public land use and compensatory mitigation requirements is far from clear" and that "nevertheless, project proponents have [had] every economic incentive to go along with these compensatory mitigation plans, if forced upon them."

Republican Sen. Lisa Murkowski of Alaska, chairwoman of the Senate Energy and Natural Resources Committee, called the shift "another step toward establishing a regulatory environment that will allow the responsible use of our public lands and produce better outcomes for fish and wildlife."

"Compensatory mitigation is an important tool in the toolbox for ensuring that companies that use our public lands make up for any damage they leave behind," Tracy Stone-Manning, the National Wildlife Federation’s associate vice president for public lands, said in a statement. "It is a common sense practice that should not be tossed aside."

Conservation groups have cited, as an example, the Jonah Energy Year-Round Development Project, approved by a BLM field office in Wyoming. The measures "addressed impacts to greater sage-grouse and big game" and allowed "waiver of lease stipulations that would have otherwise limited the times during which drilling could occur," the conservationists advised Interior Secretary Ryan Zinke last September.

Though published online at about 4 p.m. yesterday with only some tailored fanfare, the memo signed by BLM Deputy Director Brian Steed reflects a major policy shift that’s been telegraphed for more than a year.

The legal case for the prior policy of BLM seeking compensatory mitigation was articulated in a December 2016 opinion by Tompkins, then Interior’s solicitor, while other Obama administration officials have testified to the efficacy of mitigation.

Murphy also cited a BLM and Fish and Wildlife Service agreement with Barrick Gold of North America, which allowed the mining company to accumulate credits for projects that protect greater sage grouse habitat on private lands to offset impacts from mine expansion on public lands.

Trump administration officials, though, quickly suspended the Obama-era legal opinion on Feb. 6, 2017, and Zinke made clear his unhappiness with compensatory mitigation.

Zinke called the idea "un-American" last year and likened it in a talk to the Global Energy Institute to a program "where you have to pay $20 million, $90 million, $35 million here to get a permit across because you have to buy off some other" nonprofit.

"The BLM is reviewing whether and how to revise its Mitigation Manual and Handbook," Principal Deputy Solicitor Daniel Jorjani noted, adding that "BLM’s authority to implement a particular type of mitigation is dependent on the factual circumstances and the legal and regulatory authority for a specific authorization."