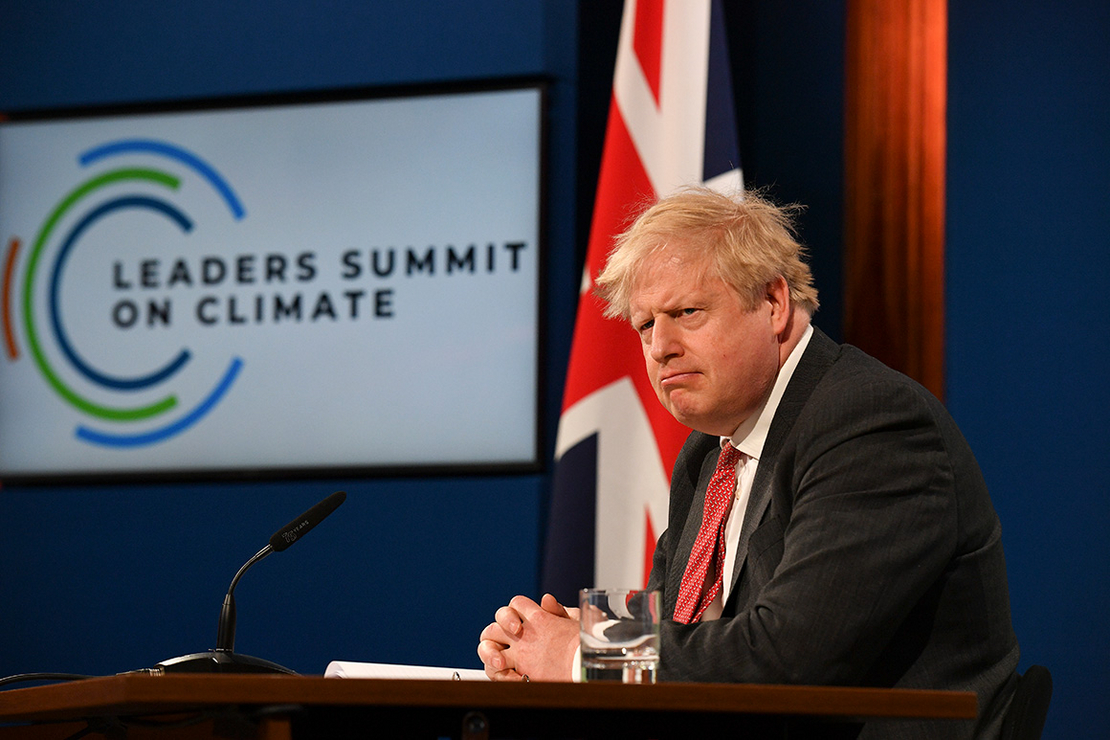 Boris Johnson went from touting climate doubt and derision to being an ardent advocate of action since taking office in 2019.

As the embattled British prime minister relinquishes his post, he leaves a decidedly mixed track record that — like many of his Western counterparts — is high on pledges and low on delivery.

But his pivot to climate protector may leave a lasting mark.

At a time when conservatives in other countries were opposed to climate action or weakly supportive, the bushy-haired prime minister who to some resembled Donald Trump broke political stereotypes that linked conservatism with climate skepticism.

“Having a conservative leader making the conservative case on climate change was important,” said Bob Ward, policy and communications director at the Grantham Research Institute on Climate Change and the Environment at the London School of Economics.

Johnson resigned yesterday as leader of the U.K.’s Conservative Party following a wave of resignations by government officials and party members. Those departures were driven by a series of scandals that had tarnished Johnson and his party.

While Johnson may be best remembered for leading Britain into Brexit, he also, unexpectedly, pushed his country’s climate agenda forward.

“He has been a champion for climate action as prime minister in a way that was quite surprising,” said Ward.

As a brash newspaper columnist in the early 2000s, Johnson wrote opinion pieces panning climate advocates as “eco-doomsters” and dismissed an unusually warm winter in 2015 — the same year the Paris Agreement was forged — as having “nothing to do” with global warming.

When he became prime minister four years later, the U.K. had already been selected to host the 26th round of global climate talks, or COP 26, and he knew the country’s climate record would be under scrutiny.

So Johnson, a newly converted climate leader, stepped up by committing to ban the sale of cars that run on gasoline and diesel by 2030. He also pledged to construct 40 gigawatts of offshore wind over that same time.

He vowed to decarbonize the U.K.’s power system by 2035 and protect 30 percent of the country from earth-turning development by the end of this decade.

“These commitments reflect the popularity of the issues with the public: Most voters, including conservative voters, overwhelmingly back rapid action on climate and nature,” said Dustin Benton, policy director at Green Alliance, a U.K.-based environmental think tank.

In April 2021, Johnson announced that the U.K. would cut its emissions 68 percent by 2030 from 1990 levels, earning an “almost sufficient” rating from Climate Action Tracker.

And at the opening of COP 26 in Glasgow, Scotland, Johnson gave an impassioned speech appealing to world leaders to get serious about tackling climate change before a ticking “doomsday device” runs out, a reference to a James Bond film (Climatewire, Nov. 2, 2021).

But his promises have fallen short.

“He set goals that were lofty and ambitious, but because of his own lack of follow-through and complete disdain for details, never set forward a plan or delegated it to any of his ministers to actually back up the rhetoric with a way to get to building out, for example, the enormous amount of offshore wind,” said Josh Freed, head of the climate and energy program at Third Way and co-founder of Carbon Free Europe.

Ward of the Grantham Research Institute pointed to the lack of action on energy efficiency in buildings, one of the best ways to respond to the current energy crunch arising from Russia’s war in Ukraine.

The U.K. government also committed to sizable amounts of climate funding but was met with widespread criticism after deciding to slash its overseas development budget.

While it was one of the few countries on track to achieve its emissions targets, the U.K. Committee on Climate Change, which advises the government on its climate plans, released a report last month finding that the country is failing to deliver on the programs needed to achieve its goals.

Some of Johnson’s green credentials stem from the fact that climate change is far less partisan in the U.K. than the U.S.

Conservative Prime Minister Margaret Thatcher called for a global convention on climate change during a speech to the United Nations in 1989, when the U.K. was coordinating the first assessment report by the Intergovernmental Panel on Climate Change. And Johnson’s predecessor, Theresa May, was the first global leader to enshrine the country’s pledge into law zeroing out emissions by 2050.

Still, elements of the Conservative Party are opposed to climate action.

But there is consensus in both the Conservative and Labour parties that the U.K. needs to accelerate its emissions reductions — “not only for climate sake, but also because their reliance on natural gas and skyrocketing costs is crippling the country,” said Freed from Third Way.

Johnson will remain prime minister until members of his Conservative Party choose the next leader. A number of potential successors have already been floated, including former finance minister Rishi Sunak — who helped set off the wave of government resignations. Others include former foreign and health minister Jeremy Hunt; current foreign secretary Liz Truss; and defense secretary Ben Wallace, a favorite within the party.

The next leader will need to focus on addressing the high cost of living, such as energy.

And that’s where a focus on climate could come in.

“Doubling down on warm homes through insulation, heat pumps and onshore wind could do this,” Jess Ralston, a senior analyst at the Energy and Climate Intelligence Unit, said in an email.

A U.K. offshore wind auction yesterday awarded contracts at prices well below those for natural gas and added new clean energy capacity to the grid, said Benton of Green Alliance.

And while a general election won’t take place immediately, pushing the benefits of climate action could be a plank of the Conservative Party’s eventual reelection strategy, said Sam Hall, director of the U.K.-based Conservative Environmental Network.

“Looking at a couple of the big issues at the moment — energy security and cost of living — I think the best answers to those questions are green ones,” he said.