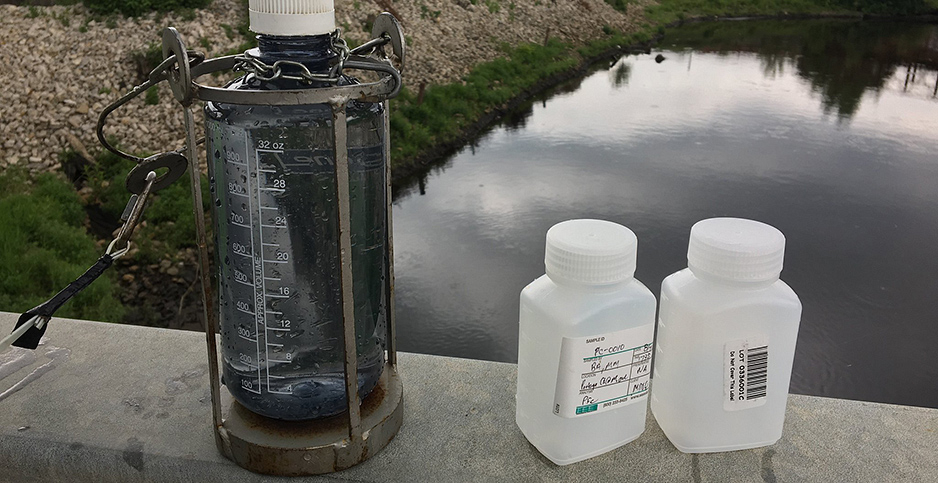 Chemists have made a major advancement in efforts to break down certain so-called forever chemicals, according to headline-grabbing new research that still comes saddled with notable caveats, including scalability.

Northwestern University researchers announced yesterday that they had pinpointed a method to break apart a group of PFAS compounds without using either extreme temperatures or energy levels. Published in the journal Science, the results are some of the most promising to emerge around per- and polyfluoroalkyl substances, a family of chemicals that have contaminated areas across the planet and evaded efforts at true destruction.

Moreover, the findings are shockingly simple, relying on a common ingredient used in soap and another compound. Mixed with specific PFAS compounds at low temperatures, those otherwise enduring chemicals came apart.

“The importance of this understanding is that it really provides, for the first time, a way to map these reactions out and possibly to optimize them,” said Northwestern chemist and study co-author William Dichtel.

But Dichtel and his fellow researchers also underscored the limitations of their findings.

The results apply specifically to compounds that contain carboxylates, including the likely carcinogen PFOA and its replacement compound, HFPO-DA, which is more commonly known by its trademarked name GenX. But another chemical of major concern, PFOS, is left out, as are others structurally similar to it.

Moreover, translating the results into real-world settings will prove deeply challenging, especially in the context of disposal, for which conditions are much different than those of a lab. And PFAS have deeply embedded themselves in air, water and soil across the planet, to such an extent that destroying them on a global scale remains a staggering undertaking.

“This destruction method could potentially be applied to degrade and remove PFAS, but it will take valuable time for any technology to move from the laboratory to real-world application,” said Tasha Stoiber, a senior scientist at the Environmental Working Group, who nonetheless underscored that the findings “show real promise.”

A breakthrough and a reality check

Much of the study’s awe factor lies in its simplicity.

Rather than focusing on the powerful fluorine-carbon bond that makes PFAS so enduring, Dichtel had student researcher Brittany Trang break off the carbon-oxygen heads for certain compounds using dimethyl sulfoxide. DMSO is used widely for commercial purposes as a solvent. Trang added sodium hydroxide, or caustic soda (a common cleaner ingredient), and observed temperatures at a low boil, with the compounds ultimately breaking down.

Those findings represent a major breakthrough in an area that has eluded scientists, even as pressure from lawmakers and regulators has increased. PFAS were specifically designed to not break down, and that reality has made them virtually impossible to address in the environment. And while mechanisms do exist to extract them from media like drinking water, they still pose a major challenge when it comes to disposal.

Some studies have indicated PFAS can be destroyed at high temperatures, findings that led to widespread efforts to incinerate material containing the chemicals. But in recent years, advocates have raised concerns, citing research that shows the chemicals migrating from incinerators and into their surroundings, with particular implications for environmental justice communities.

Such fears contributed to the Department of Defense issuing a temporary halt to its practice of incinerating PFAS-laden firefighting foam (E&E News PM, May 4).

But landfills also present significant quandaries. Those waste sites are already teeming with PFAS, due to the nature of the chemicals, which are widespread throughout everyday products like nonstick cookware and textiles. Leachate, or the liquid that comes out of landfills, inevitably brings PFAS into wastewater treatment plants, which in turn release the invisible contaminants into water bodies, ultimately bringing them into contact with drinking systems (Greenwire, Jan. 27).

“PFAS cannot be disposed of in a way that is benign,” said Trang. “If we put them in a landfill, there’s lots of evidence that PFAS is leaching from landfills … [but if we] incinerate them, there’s evidence that these incinerators are just blowing the PFAS around the community in which the incinerator is located.”

Destroying PFAS has become a priority for the waste and water industries, particularly as EPA has accelerated its regulatory crackdown. In June, the agency made a major decision to lower its health advisories for PFOA and PFOS to “near zero” levels in drinking water, in addition to introducing new warnings for GenX and another compound, PFBS (Greenwire, June 15).

Those moves are nonbinding, but EPA is on track to regulate both PFOA and PFOS under the Safe Drinking Water Act and federal Superfund law — actions that make destroying the compounds an even bigger priority for concerned industry members and communities.

Dichtel noted that the new study fits into a complicated series of steps for industry members grappling with the realities of the waste and water streams. Treatment technologies like reverse osmosis and granular activated carbon are already commonly used to remove PFAS from water.

But once removed, the chemicals must again be disposed of, further perpetuating their presence in waste systems, unless they can be destroyed. Dichtel said that his group’s findings could ultimately translate into broader efforts to target that concentrated PFAS waste, but that many hurdles remain before that can happen.

Such practical challenges loom large. If scaled up as in its current form, the sheer cost of enormous quantities of DMSO required by the initial study would be significant, as would disposing of the solvent. And PFAS number in the thousands across many subgroups, with the actual applications offered by the findings applying only to certain compounds.

Trang noted that it is not even clear how many compounds there are within the PFAS family, or how many fall into various subgroups. “We are discovering more PFAS [all the time],” she said, adding that “industry is constantly creating new compounds,” many of which even experts know virtually nothing about.

Dichtel said repeatedly that the findings serve more as a starting place for disposing of PFAS, rather than an all-encompassing answer to the crisis.

“For now, this is not a general solution,” he said, emphasizing the need to find a method that can similarly target the subgroup of chemicals that includes PFOS, the compound used in firefighting foam that has contaminated areas around military bases and airports nationwide.

Much of the study’s true value, Dichtel continued, lies in the pathways it may open for the broader world of PFAS research. “Anyone working on PFAS degradation can look at this and maybe have a better understanding of what’s going on,” he said.

Advocates cheered by the findings struck a balance, offering that they hoped the results would lead to future breakthroughs while acknowledging the complexities around scaling up and expanding the findings.

“This research also highlights just how complex and difficult persistence is for this class of chemicals,” said Stoiber. “We have yet to find an effective method of disposal.”