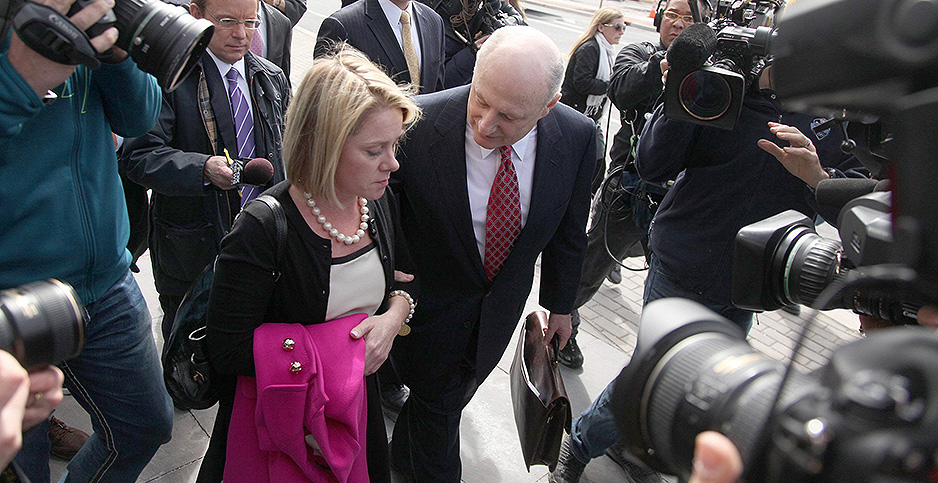 The high court dispute stems from a decision by Christie’s office and the Port Authority of New York and New Jersey to redirect traffic over the George Washington Bridge in a manner that left the town of Fort Lee, N.J., in massive gridlock.

Kelly and former Port Authority Deputy Executive Director Bill Baroni said their decision to realign the lanes was related to a traffic study, but the pair faced allegations that the "true purpose" of their move was to penalize the mayor of Fort Lee for refusing to endorse Christie’s reelection.

At one point in their brief, Kelly’s lawyers compared the alleged falsification of a traffic study to the actions of a government staffer who requests an environmental review to appease an interest group but who does not intend to follow through with the recommendations of an analysis.

The federal government accused Kelly’s legal team of launching a "parade of horribles" to support its arguments.

Attorneys for Kelly appear to have designed their case to appeal to an issue that has been a sore spot among the Supreme Court justices for decades, said Bob Percival, director of the University of Maryland’s environmental law program.

"That’s an invitation to fashion your cert petition in the way that they did here," he said.

Lower courts found that John Yates had violated anti-shredding protections contained in the Sarbanes-Oxley Act, a statute Congress passed in 2002 in the wake of Enron Corp.’s collapse to rebuild trust in financial markets. Yates was sentenced to 30 days in prison and three years of probation.

The Sarbanes-Oxley Act should be "read to cover only objects one can use to record or preserve information, not all objects in the physical world," Justice Ruth Bader Ginsburg wrote in a plurality opinion joined by Chief Justice John Roberts, who is considered part of the court’s conservative wing.

In their filings with the court, Kelly’s attorneys pressed the justices to reach a similar decision "to correct overbroad constructions of federal crimes."

They also drew parallels to a recent Supreme Court decision on a 2020 census citizenship question that conservatives on the court warned could unleash "a Pandora’s box" of administrative and environmental law challenges. Similar issues are now at play in a pending Supreme Court decision on the Trump administration’s rollback of the Deferred Action for Childhood Arrivals policy (Greenwire, Nov. 12, 2019).

The Wall Street Journal’s editorial board published a Sunday opinion piece on the Kelly case, urging the Supreme Court to leave judgments over "common political mischief" to voters.