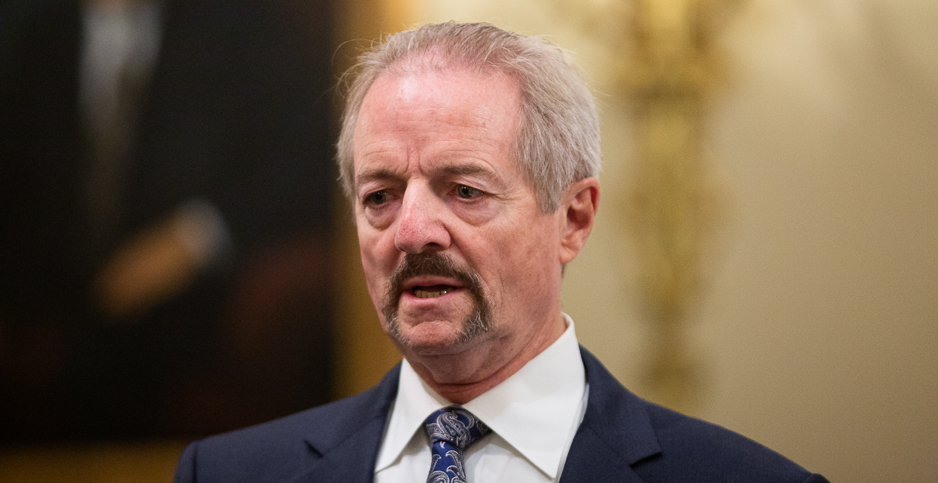 A large coalition of conservation and activist groups is ramping up pressure to remove William Perry Pendley now that President Trump has formally withdrawn his nomination to lead the Bureau of Land Management.

"Mr. Pendley remains completely unfit to lead the BLM in any capacity due to his decades-long record of inflammatory rhetoric and actions opposing virtually all issues of social justice and diversity, opposing Tribes’ efforts to protect sacred sites and mocking indigenous religious beliefs, virtually unprecedented conflicts of interest and ethical issues, and embrace of radical anti-conservation positions including advocating for the sale of public lands," they wrote.

"We urge you to remove Mr. Pendley from his position leading the Bureau of Land Management immediately," they concluded.

Pendley, BLM’s deputy director of policy and programs, has been "exercising the authority of director" of the bureau since July 2019.

The former Reagan administration official, however, discreetly approved in May a succession order that allows him to remain in charge of BLM indefinitely (Greenwire, Aug. 19).

BLM said in a statement today that the letter "is a lowly attack by special interest groups to smear the reputation of a dedicated public servant and former Marine."

The statement added, "Mr. Pendley will continue to lead the Bureau of Land Management as Deputy Director for Policy and Programs."

Many of the same groups in today’s letter were part of a letter last month sent to members of the Senate Energy and Natural Resources Committee urging them to reject Pendley’s nomination (Greenwire, Aug. 3).

Trump has never stated publicly why he decided to withdraw Pendley’s nomination. Pendley is Trump’s only nominee for the position in nearly four years in office.

But Pendley has been a target of fierce criticism, mostly for his past work as president of the Mountain States Legal Foundation, where he was involved in lawsuits challenging BLM and other land management agencies on behalf of ranchers and other private landowners.

He has also written opinion articles arguing that the Constitution requires the federal government to sell Western lands it owns. He has also mocked the Black Lives Matter movement.

Pendley’s past views and actions will likely take center stage.

Haaland referenced at that hearing a Republican forum in 2009 in which she said Pendley was "quoted mocking American Indian religious practitioners’ increasing insistence that federal lands and private property be off-limits because it’s holy to them, using air quotes to punctuate ‘holy’" (Greenwire, Sept. 10, 2019).

Pendley explained that at the time he was speaking as a "private attorney representing private clients" and that now his "new client" was the "American people."

Such explanations have done little to win over critics.

Hilary Shelton, the NAACP’s senior vice president for policy and advocacy, said today in a separate statement that Pendley "has a demonstrated record of bigoted and racist extremism."

Shelton’s statement added: "It is a moral failure that the Trump Administration has let Pendley stay in this position of power. Secretary Bernhardt must show him the door now."