Brothers duke it out from opposite sides of climate fight 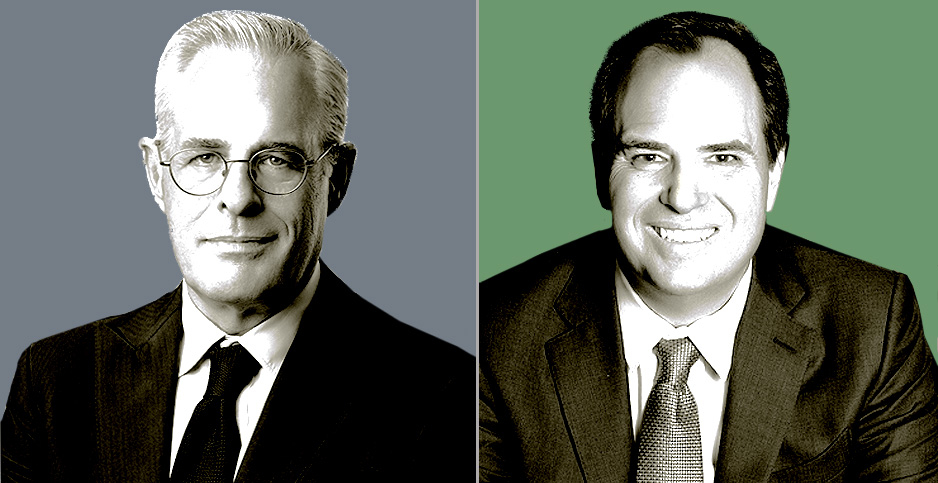 It’s brother versus brother in the climate wars.

Two of the primary think tanks fighting it out on climate policy are now led by brothers on opposing sides of the argument over human-caused global warming.

In one corner is Jerry Taylor, president of the Niskanen Center, which advocates for a carbon tax and other methods of mitigating climate change.

In the other is James Taylor, recently installed as president of the Heartland Institute, which seeks to undercut climate science and says that climate fears are overblown.

Jerry Taylor spent years battling climate regulations when he was a vice president at the libertarian Cato Institute, with the idea that humanity had decades to act on global warming. But as Taylor studied the science more closely, he became convinced his skepticism was misplaced (Greenwire, June 16, 2017).

He founded Niskanen to promote carbon pricing and has spent years conducting outreach with libertarians and conservatives who are concerned about climate change and open to policy solutions.

His brother has taken a different route.

James Taylor has tried to turn a conservative German teenager into the foil of Greta Thunberg, the 17-year-old Swedish girl who has inspired millions of people around the world to march for more climate action (E&E News PM, Feb. 28).

Over the years, Heartland has received millions of dollars from fossil fuel companies, groups that seek to tear down climate regulations and the Mercer Family Foundation — a major Trump donor in the 2016 presidential election.

Neither brother wanted to speak to E&E News in detail about their divergent climate paths.

"I love my brother, and I wish him well," said Jerry Taylor. "I don’t necessarily wish his climate cause very well."

James Taylor said he and his brother don’t talk much about climate change because their positions are well-established.

"When Jerry thinks he’s right on a topic, he’s completely dedicated to the cause," he said. "And in this case, as brilliant as Jerry is, even brilliant people can be wrong sometimes — he probably feels the same about me."

James Taylor said the two brothers have talked more than ever in recent weeks, in large part due to the novel coronavirus crisis. But the chats have focused on their families and not their climate rifts.

"The conversations can get rather intense, and that’s why I would rather be talking about our families rather than politics, because I don’t want to have tense, hostile conversations with my brother," he said. "Think of the proverbial family gathering at Thanksgiving, where political, religious tensions, whatever it may be, come out. Of course that’s never fun."

Climate politics may not divide the brothers’ phone calls, but the responses to the COVID-19 crisis from Niskanen and Heartland highlight their divergent approaches.

Niskanen has warned that the country shouldn’t let the coronavirus response become politicized, as what’s happened with climate change. It has explained why carbon pricing in the middle of a pandemic could have a long-lasting environmental benefit. It has published commentary and research on the importance of bipartisan fiscal relief and the broad implications of the economic stimulus. There’s even a third brother who now works at Niskanen.

Jerry Taylor told E&E News that the coronavirus crisis would deal a "fatal blow" to climate denialism, because it laid bare the cost of ignoring the advice of scientists.

For its part, Heartland has published pieces suggesting that coronavirus models — which are now shifting death counts as people transform their behavior — are unreliable and are proof that climate models are wrong and that climate change fears are overblown.

Heartland also has rolled out a series of climate briefs that are "designed to provide a library of solid yet simple rebuttals so that legislators, teachers, students, and laymen can easily refute the exaggerations of the so-called ‘climate crisis.’"

It says that Greenland ice loss is nothing to be concerned about, that there isn’t a consensus among scientists on human-caused climate change and that there is a minimal acceleration in sea-level rise.

All of those claims are false and contradicted by a mountain of climate science. James Taylor said the briefs are part of an effort to reach a broader audience — particularly young people who "have been inundated with one-sided climate propaganda for all of their lives."

He wrote in one recent opinion piece that climate activists are excited the world economy has crashed and that people are dying and trapped in their homes.

"Most people would likely prefer to go back to the ‘status quo’ of low unemployment, rising household incomes, and personal freedom," James Taylor wrote. "But if you like it better under the present economic crisis and restrictions on personal freedom, then activist climate policies may be your ideal future policies, as well."

Former allies puzzle over how two brothers could land in opposing camps.

Myron Ebell, who headed President Trump’s EPA transition team, said he is disappointed that Jerry Taylor has left the ranks of those who criticize climate science. He said he understood family differences more than Jerry Taylor’s transformation into a "cookie-cutter leftist."

"The fact that you can grow up in the very same family and come out different in terms of your worldview and your beliefs and how you look at evidence is not surprising," he said. "I think that happens frequently; the puzzling thing is Jerry’s migration, I don’t have a clue as to where it comes from or what motivates it."

Former Rep. Bob Inglis (R-S.C.) was once a critic of climate science, like Jerry Taylor, but he said his son encouraged him to reexamine the research.

That’s when Inglis said he realized he’d been "constantly disregarding facts" like James Taylor. He reversed his stance, which was a factor in Inglis losing his South Carolina congressional seat in the 2010 GOP primary.

He then formed republicEn, a conservative climate action group. He has watched the Taylor brothers for years, and he said he hopes Jerry Taylor eventually can convince his brother to acknowledge the overwhelming scientific consensus on climate change.

"Let’s hope that Jerry can find the secret to reach James, because that would be great if we could have a high-profile defection from the disputation crowd," he said. "That would be very helpful, particularly if he tells the inside secrets of the merchants of doubt and how they operate."