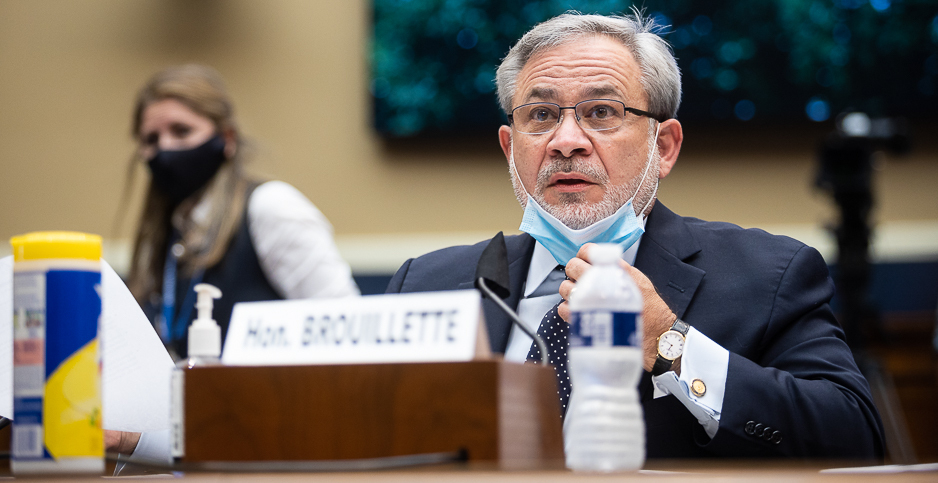 The Department of Energy released this afternoon a draft research and development road map for its Energy Storage Grand Challenge as Secretary Dan Brouillette testified in front of the House Energy and Commerce Committee.

The draft road map marks a significant step for DOE’s efforts to reduce the cost of deploying energy storage, long heralded as the "holy grail" of energy technologies that could boost reliability and reduce carbon emissions.

Brouillette backed up the milestone with comments on Capitol Hill where he projected an urgency in further unleashing storage to keep up with a changing electricity mix sure to see another shake-up following load demands from the coronavirus pandemic.

"If we’re going to lose our baseload power at the rate in which we’re losing it, at some point, I’m afraid we might have a gap," Brouillette warned about the need for grid-scale storage.

Announced at the beginning of 2020, the grand challenge is an attempt by DOE to better strategize and commit to a research and development process that will bring costs of production and deployment down for a host of energy storage technologies.

The decadelong road map framework follows DOE’s successful SunShot Initiative that drew down the costs of solar power by more than 75% throughout the 2010s.

"Importantly, we need to find battery technologies that would allow us to bring to market grid scale storage," Brouillette told lawmakers. "It’s critical that we do this very, very quickly so that we can continue to see the implementation and development of renewable technologies."

Overarching each of those tracks, DOE said, are three foundational questions: how to innovate in the United States, how to make the technology here, and how to deploy both domestically and abroad.

The road map document was accompanied by a request for feedback on the strategy outlined by DOE to achieve its goal. People have until Aug. 21 to respond.

"The [request for information] and Draft Roadmap are the culmination of many months of collaboration across DOE’s program offices to address the Nation’s need for resilient, reliable, secure and transformative energy storage solutions," Undersecretary of Energy Mark Menezes said in a statement.

"Increasingly energy storage is a vital component of energy and national security, and today’s announcement will garner valuable input from stakeholders and partners," he added.