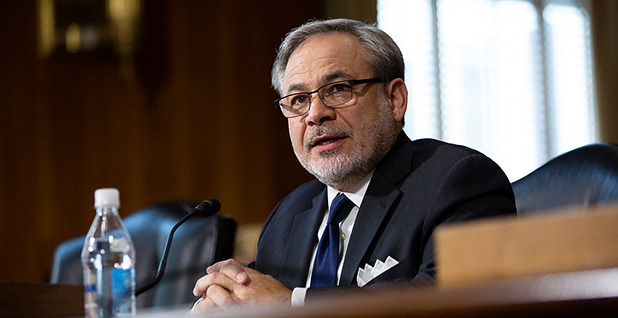 Energy Secretary Dan Brouillette touched off a firestorm of controversy yesterday by comparing big banks’ refusal to finance oil and gas projects in the Arctic to "redlining" — the term used to describe racial discrimination in banking and mortgage lending.

Brouillette’s remarks came in an interview with Axios in which Brouillette denounced banks for withholding lending to fossil fuel companies in response to environmental pressure.

"For years and years and years, banks would not lend money, insurance companies would not write policies in minority areas in the country," Brouillette told Axios. "Redlining is the term used all throughout those debates. We didn’t want banks redlining certain parts of the country. We don’t want that here. I do not think banks should be redlining our oil and gas investment across the country."

Brouillette cited his past work with USAA, a financial services firm, but critics called it insensitive. Public Citizen, a government watchdog group, called on him to resign.

"Redlining against African Americans — which was based on both official U.S. government and private bank policy — is an especially raw and shameful part of American history, with lasting effects," said Public Citizen President Robert Weissman. "It is outrageous and morally repugnant that the Energy secretary would equate discriminatory bank practices toward African Americans with lending policy to oil and gas companies."

Weissman added, "Given that the climate crisis will most severely affect people of color in the U.S. and around the world, bank refusal to support Arctic drilling is, in spirit, diametrically opposed to historic redlining."

DOE spokeswoman Shaylyn Hynes said Brouillette has "zero tolerance for discrimination of any type, and he was not in any way equating the plight of minority communities to that of energy companies. Accusing him of doing so in order to manufacture a dramatic headline is both disingenuous and not based in any truth."

She added, "What he did do is make the powerful point that historically there had been discrimination practiced by some in the financial services industry, a custom he and many others worked hard to eliminate and continue to oppose."

Brouillette’s remarks came as House and Senate Republicans have called on President Trump to prevent financial institutions from "discriminating" against fossil fuel companies. Goldman Sachs Group Inc., JPMorgan Chase & Co., Citibank and Wells Fargo & Co. have all rejected direct funding of new oil and gas development in the Arctic National Wildlife Refuge within the last six months and have cut back other fossil fuel projects, citing climate change and other factors (E&E News PM, May 8).

"Banks have been running away from financing drilling in the Arctic in droves. And they’re absolutely right to — it’s dangerous, hastens our climate crisis and robs our grandchildren’s future," said Niel Lawrence, the group’s Alaska director. "But it is deeply offensive to compare these investment decisions to willful and illegal discrimination against citizens on the basis of race. We’re confident that American lenders won’t be bullied by such base and racist rhetoric."