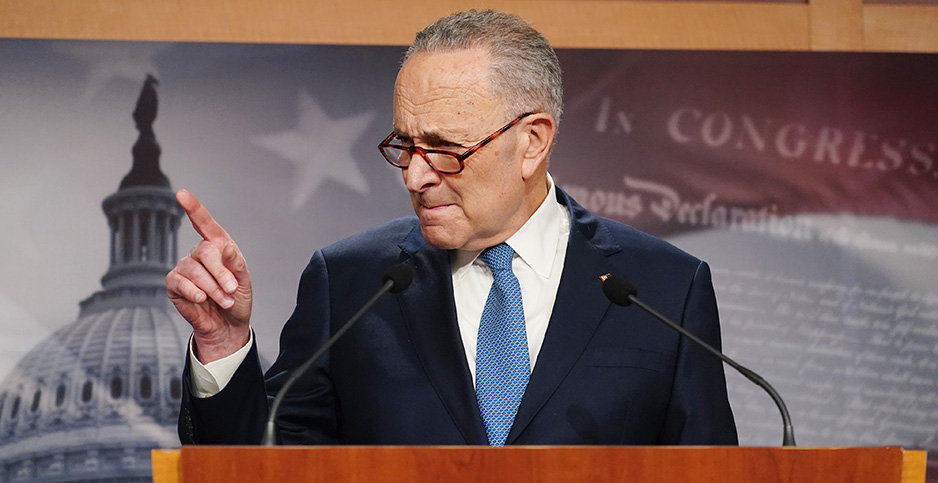 Ossoff’s win, which has been declared by some news outlets but not the Associated Press, would give Democrats a 50-50 tie in the upper chamber. With Vice President-elect Kamala Harris available to break ties, Democrats would take a slim majority, and with that comes the ability to set the agenda.

"And they will be my guiding principles as I serve this state in the U.S. Senate. Ensuring that every Georgian has great health care, no matter our wealth. Ensuring that we invest in an economic recovery that includes all communities, that rebuilds our state’s infrastructure, that lays the foundations for prosperity, in rural Georgia, suburban communities and urban communities alike. And securing equal justice for all."

Perdue has not conceded the race.

The AP declared Democrat Raphael Warnock victorious in his challenge against Sen. Kelly Loeffler (R) early this morning, although Loeffler has not conceded either (E&E Daily, Jan. 6).

Democratic senators on key committees are already pondering their new power and agenda. Sen. Joe Manchin (D-W.Va.), for example, is in line to be Energy and Natural Resources chairman.

"For the sake of the country we all love, we must commit to solving the serious problems facing our nation. With respect to the Senate, we must return to regular order. I am hopeful that we will set an agenda that invites vigorous and respectful debate on the issues that matter," Manchin said in a statement.

"Above all, we must avoid the extreme and polarizing rhetoric that only further divides the American people — I will work tirelessly to make sure we do," he said. "It is time for Americans to move closer together."

Democrats were hoping to retake the Senate majority in November but lost key races. And many pundits didn’t expect them to win both Georgia runoffs.

"We sure didn’t take the most direct path to be here, but we are here," Schumer told reporters this morning during a brief news conference.

"And it feels like a brand new day. For the first time in six years, Democrats will operate a majority in the United States Senate. And that will be very good for the American people," he continued, congratulating Warnock and Ossoff on "first-rate" campaigns.

Schumer said "one of the first things" the Senate would do after Warnock and Ossoff are sworn in is to pass legislation to give many Americans $2,000 in pandemic relief payments.

Schumer declined to get into other details about the Democrats’ priorities or plans on legislation and confirming President-elect Joe Biden’s Cabinet nominees. For now, the Senate is not scheduled to be in session until Inauguration Day.

"I’ve already spoken to President Biden this morning, and I pledged to him that, as majority leader, President Biden and Vice President-elect Harris will have a partner in me and my caucus, who is ready, willing and able to achieve a forward-looking agenda and deliver bold change to the American people," said Schumer.