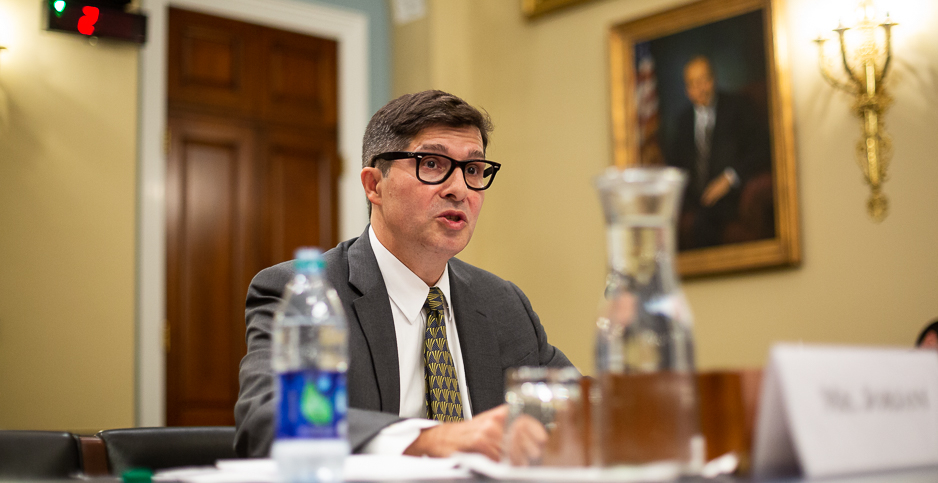 Interior’s Office of the Solicitor would expand to 505 full-time employees under the proposed budget made public yesterday.

And while the Interior Department as a whole would take a 13% whack in funding, Jorjani’s expanded office would enjoy a 30% boost for direct salaries and expenses. Much of the direct salary and expense increase from $67 million to $87 million would come from consolidating the department’s reinforced ethics officers under Jorjani’s command.

Interior’s revamped FOIA operations, too, are now managed out of the Office of the Solicitor. The funding boost would support "greater coordination, tracking, training, and support related to FOIA requests and litigation across Interior," according to a budget summary.

Jorjani has served as Interior’s top lawyer since 2017, first as principal deputy solicitor and then as solicitor following his Senate confirmation last September on a party-line 51-43 vote.

He oversees a headquarters staff in Washington as well as 16 regional and field offices. He leads key legal opinions, like one in December 2017 significantly narrowing Migratory Bird Treaty Act protections. He gets bureaucratically crucial face time; the week of Jan. 6-10, for instance, calendars show he was scheduled to be in nine group meetings with Interior Secretary David Bernhardt.

His lawyers are "involved from day one" in crafting streamlined environmental impact statements for agencies like the Bureau of Land Management, a budget summary notes.

"Since implementing … reforms in 2017 in BLM, the average time to complete an EIS has dropped from 4 years to 1.25 years from start to finish," the budget summary reports.

At times, Jorjani’s reach has exceeded his grasp.

"As a member of Congress, we should really find that unacceptable, regardless of who the administration is, that we ask for data and we don’t get the information we request," Rep. Bruce Westerman (R-Ark.) told Jorjani.

Another GOP lawmaker, Rep. Jody Hice of Georgia, added that he was "highly offended that you would send 12,000 pages of nothing and then try to appear as though your department is being cooperative."

The Vanderbilt University and Cornell Law School graduate previously served as general counsel for the Freedom Partners Chamber of Commerce, a nonprofit founded in 2012 and associated with and partially funded by the Koch brothers.

In a secretarial order last August, Bernhardt — himself a former Interior solicitor — unified previously separate ethics operations under Jorjani. The reorganization put all ethics program workers, except for those with the Office of Inspector General and the National Indian Gaming Commission, into a department ethics office within the Office of the Solicitor (E&E News PM, Aug. 14, 2019).

The proposed budget includes $19.5 million for the consolidated Departmental Ethics Office to "address program deficiencies and risks in the areas of financial disclosure and ethics training and education," according to a budget summary.

Cameron said yesterday that the consolidation will provide "consistency and complete integration of ethics regulations and policies throughout the department."