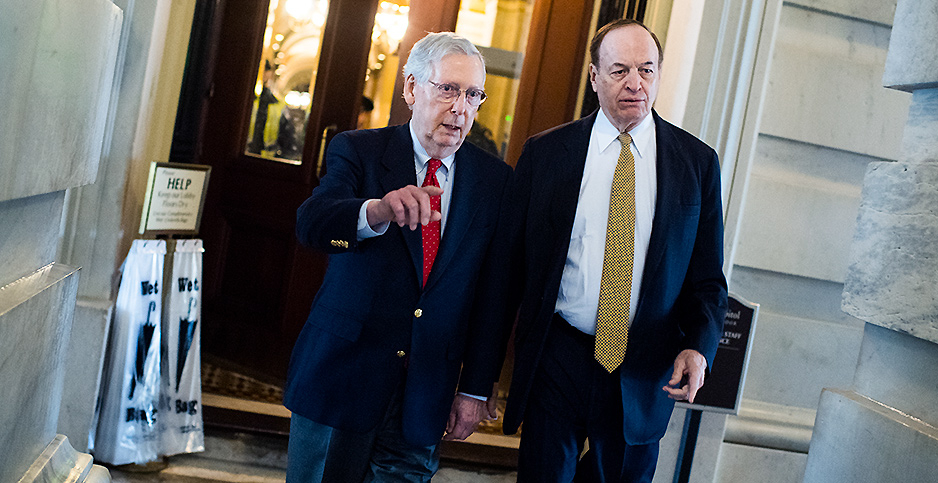 The most pressing task is finishing as much of the annual appropriations process as possible before the extended August recess, after which lawmakers will have just a few weeks to reach agreement to fund the government after the Sept. 30 end of the fiscal year.

Senate leaders are facing tough decisions on how to proceed, given the lack of a budget deal that would head off tens of billions of dollars of automatic spending cuts scheduled to kick in in the fall.

While the House has already passed 10 of the 12 annual spending bills, Senate appropriators have yet to even schedule a markup on any of the measures.

Appropriations Chairman Richard Shelby (R-Ala.) said before the break that the Senate may follow the House’s lead and simply "deem" overall spending levels, which would lack the force of law but would allow the subcommittees on his panel to begin writing and marking up bills while negotiations between Congress and the White House continue on a budget deal.

"If there’s no agreement come first week of July, I think we’d have to seriously consider assuming some numbers and try to keep the process moving, hoping that there’s a breakthrough later," Shelby told reporters late last month.

He suggested that the early emphasis may be on "a couple of the biggest bills first" — a strategy also employed by House Democrats, who last month passed a five-bill spending package totaling nearly $1 trillion that included funds for the Energy Department, Army Corps of Engineers and Defense Department, among other agencies (E&E News PM, June 19).

Such provisions won’t advance in the GOP Senate, and the House bills are merely placeholders until there’s a budget deal, as Senate Majority Leader Mitch McConnell (R-Ky.) noted before the break as he raised doubts about Shelby’s deeming strategy.

"The House, because they can do things more quickly, obviously made a decision to go and pick out their dream number and go out and mark their bills up to that," he told reporters.

"I don’t think that works for us, and I think the way forward, in the absence of a caps deal, at least for Senate purposes, is more complicated," said McConnell.

"But we are going to continue to talk about this and hopefully get a resolution to how much we are going to spend this year, next year and the debt ceiling all together, so we don’t end up with these periodic, chaotic situations where we all see us go from time to time."

However, McConnell called "completely unacceptable" the automatic spending cuts that will occur without a budget deal, which he said would lead to a $71 billion reduction for the Pentagon.

"Equally unacceptable," he added, is the effect on the Department of Defense of a one-year continuing resolution — an unpopular option that the Trump administration has floated as a backup plan and one that 15 GOP senators urged the administration to avoid last week, citing the impacts on military readiness.

"As the world continues to become more dangerous, the American people rightfully expect their representatives in Washington to put aside political differences and do their jobs," wrote the group, led by Sen. David Perdue (R-Ga.).

"Simply put, our adversaries do not handcuff their militaries with funding gimmicks like continuing resolutions — nor should we."

McConnell indicated that talks will continue. "That leaves you with accepting the result of last year’s election, which is — we are a divided government, and when the American people elect divided government, they say, ‘OK, you guys figure out how to work together, even though we know you have lots of differences,’" he said.

"So far, that has not been successful. I’m disappointed that we have not gotten there, but I haven’t given up."