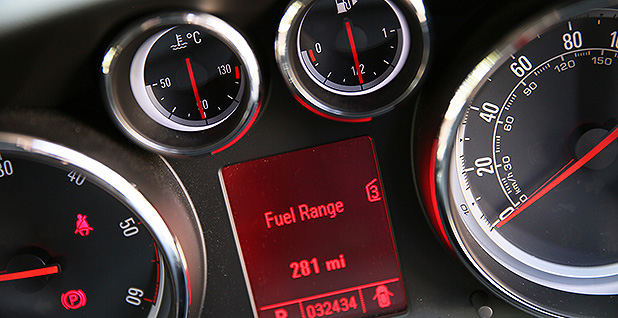 An E&E News analysis found at least 1,820 comments that use identical language to argue that the fuel economy standards were too costly for consumers, saying in particular that the standards would raise the upfront cost of a new car by an average of $3,000. Consider:

Each comment includes a person’s name but omits contact information such as a telephone number or email address. Also missing: the name of the group that organized the mass-comment campaign.

Watchdogs say that not including the name of an entity that organized the comments allows for hidden influence in rulemaking that undermines transparency and erodes public trust.

"I’ve never seen anything like this before," said James Goodwin, senior policy analyst at the Center for Progressive Reform. "I couldn’t find anything about the source of the comments."

He added, "Environmental organizations and public interest groups always put their name on [form comments]. The public interest side is only too happy to have their fingerprints all over these things. These set off my b.s. alarm."

EPA and the National Highway Traffic Safety Administration earlier this month proposed freezing fuel economy standards at 2020 levels through 2026, rather than maintaining the year-over-year increases that automakers agreed to under President Obama (Greenwire, Aug. 2).

The comments are in line with critics of the Obama EPA who say the agency overstepped its legal boundaries with regulations that hamstrung the economy. On the other side are environmentalists and public health advocates who say the Obama-era standards would play an important role in curbing planet-warming emissions and reducing air pollution and related illnesses.

Some environmental groups have even argued the standards would save consumers money in the long run. An analysis by the Union of Concerned Scientists found that although the upfront cost of a new car may be higher, consumers see even greater savings at the gas pump from increased fuel efficiency.

Attempts by E&E News to determine the source of the mass-comment campaign were unsuccessful.

The $3,000 as an added regulatory cost for consumers has been heavily promoted by the National Automobile Dealers Association. "The cumulative burden of all the Administration’s fuel economy rules will cost consumers about $3,000 per vehicle," NADA said in a 2016 issue brief.

But NADA spokesman Jared Allen said the trade group has not been involved in a mass-comment campaign on fuel efficiency rules. "We are not running an active campaign on this issue," he said in an email.

The $3,000 figure has also been promoted by Stephen Moore, an economic policy analyst at the conservative Heritage Foundation who served as one of the top economic advisers to Trump’s 2016 presidential campaign.

In a post, "Trump Rules Make Driving Safer and Cheaper," Moore contended that Obama’s requirements "would raise the cost of many new cars by almost $3,000."

Moore said in an interview that Heritage hasn’t been involved in a mass-comment campaign on the car rules. But he said he appreciates that attention is being given to the cost of Obama’s car rules.

"Depending on which cars you’re talking about, the Obama standards made the cars more expensive," Moore said. "So you would actually have fewer people buying new cars because it prices people out of the market. In some cases, cars could cost as much as $2,000 more. For a middle-class family, that’s a lot of money."

FreedomWorks, a conservative grass-roots organization, plans to launch a comment campaign for the car rules in the coming days. But the campaign will seek to encourage personalized comments supporting the rollback rather than identical form comments, said Patrick Hedger, the group’s director of policy.

"We’re not going to be doing the type of form comments you might see from other groups," Hedger said.

"Just hearing from folks that are in the agencies now, increasingly they are looking at these form comments and basically saying, ‘OK, this is one comment.’ It gets their attention when they see that people are actually taking the time to generate these comments themselves, not just clicking three times and having their comment submitted for them," he said.

Another possibility is that the comments are fake.

A Wall Street Journal investigation last year found that millions of comments on federal regulations are fake. They come from lobbying or advocacy interests using falsified names and email addresses.

The Pew Research Center also found last year that 57 percent of comments on the Federal Communications Commission’s proposed repeal of net neutrality regulations used temporary or duplicate email addresses and that seven popular comments accounted for 38 percent of all submissions.

"The issue of fake comments isn’t new: It was most prominent in a recent FCC rulemaking to undo the Obama net neutrality regs," said Goodwin of the Center for Progressive Reform. "Apparently, there were potentially millions of fake comments on that proposal. It attracted a lot of controversy at the time."

The experience of at least one person whose name appears on a comment on the car rules suggests some fake apparatus.

A commenter named Kanani Puuohau submitted a popular comment for the record: "Anybody who has ever been in a new car showroom understands what sticker shock is. It happens when you are surprised by the price of the new car you want."

E&E News reached out to someone on Facebook named Kanani Puuohau who lives in Honolulu, Hawaii.

In a Facebook message, Puuohau said, "I did not write that commit [sic]. Never even saw the ad. Someone is using my name!"