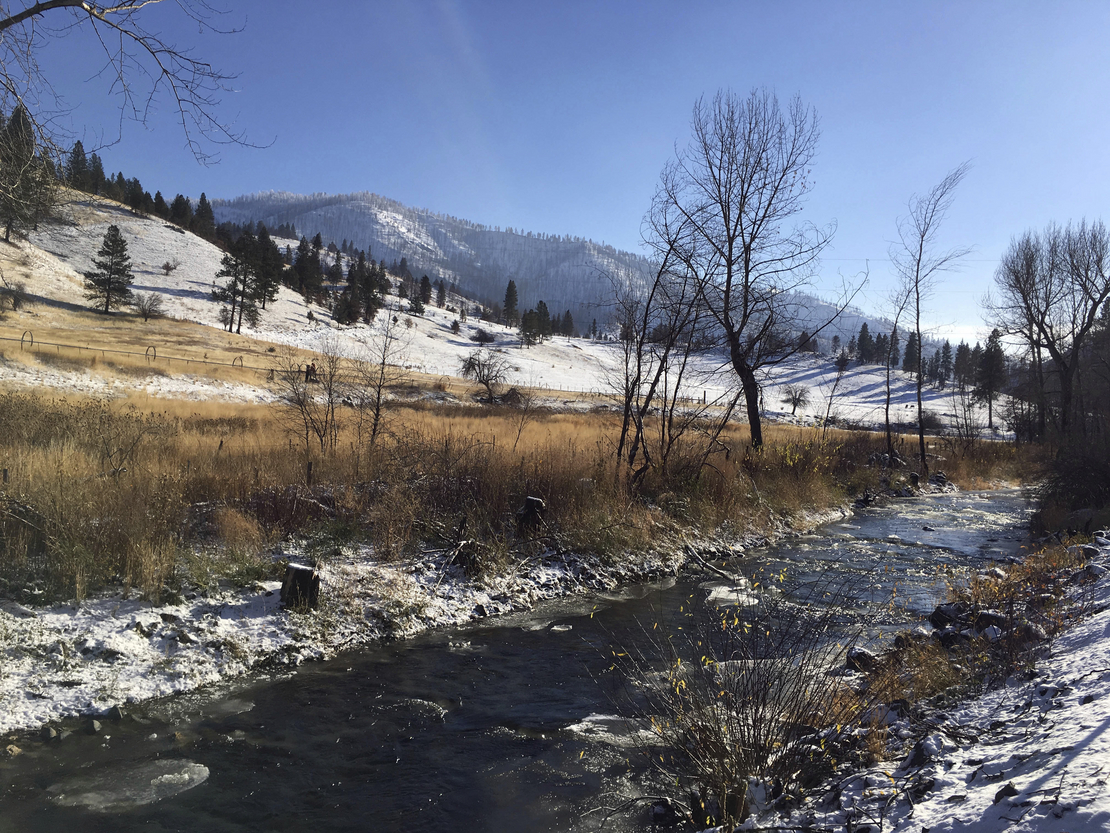 In this Dec. 6, 2016, photo, a creek flows out of the Malheur National Forest near John Day, Ore. Andrew Selsky/AP Photo

A key part of the Forest Service’s approach to wildfire is on trial again after last week’s arrest of an agency employee overseeing a prescribed fire in the Malheur National Forest that escaped onto a private ranch in Oregon.

Forest policy groups, former Forest Service officials and others close to the management of national forests say they worry that a seemingly local incident — a sheriff in a rural county arresting a Forest Service employee for alleged reckless burning — will turn into a national backlash against the use of fire to manage forests that normally burn from time to time.

In a worst-case scenario, they said, the arrest in Grant County, Ore., population 7,272, could lead to similar incidents in other places where federal burn bosses — the people in charge of prescribed burns — follow an agency-approved fire plan but the flames escape boundaries due to changing weather conditions.

The burn boss, Rick Snodgrass, was released from the Grant County Jail pending review of possible charges by the Grant County District Attorney’s Office, which said Wednesday that the incident remains under investigation.

“I am hearing some concern in the ranks about possible ‘copy cat’ incidents popping up, especially under the current political climate in the nation,” said Steve Ellis, chair of the National Association of Forest Service Retirees, which supports the use of prescribed fire as one of several approaches to managing fire-prone forests.

Ellis, a former forest supervisor who also worked for the Bureau of Land Management, wrote to fellow Forest Service retirees Tuesday, expressing some of his worries and pledging to monitor the case.

“This is a regrettable situation and troubling on multiple fronts,” Ellis said. “Among my concerns is it could make it difficult for fire managers to approve and conduct prescribed burns if they feel they could face criminal charges or personal liability. The result would be more high-intensity devastating wildfires threatening lives, destroying properties and livelihoods, and damaging ecosystems.”

“Prescribed fire is a critical tool for reducing wildfire risk, protecting communities, and improving the health and resiliency of the nation’s forest and grasslands,” Moore said. “This is the work I and your leaders ask you to do — no one is in this work alone. We must, and will, remain committed to learning and sharing the risk and responsibility together, always.”

The Malheur, like other national forests in the West, needs prescribed fire along with other measures, said Boyd Britton, a retired Grant County commissioner who now lives in Arizona. “It’s not just in Grant County. It’s everywhere where we have national forests.”

On the other hand, people involved in forest policy said, the conflict at the Malheur National Forest may turn out to be an outlier attributable to the region’s quirks: distrust of the federal government and a strong sense of private property.

“Is there general hostility toward the federal government in Grant County? You betcha,” said one environmental policy consultant who has worked in the area and was granted anonymity to speak openly about the situation.

The Forest Service has mismanaged the forest in past, this consultant said, and faces sometimes-warranted criticism for poor coordination with local residents on projects. But sometimes people don’t give the agency a fair chance, this person said.

“The agency does endeavor to reach out to landowners, but they aren’t always successful/treated humanely (i.e., run off the porch with a gun before they can tell the landowner what’s up) and the message isn’t always received,” the consultant said.

This is the same region that produced the armed occupation of the Malheur National Wildlife Refuge in neighboring Harney County by Ammon Bundy and other anti-government activists in 2016. They were acquitted of conspiring to impede federal officials after a trial later that year (Greenwire, Oct. 28, 2016).

Bundy went on to urge support for the Grant County sheriff at the time, Glenn Palmer, who later lost a reelection campaign to the current sheriff, Todd McKinley, in 2020.

Britton, who was a commissioner for more than a decade during the 2000s and 2010s, said disputes over forest policy on the Malheur are shaped by conflicting personalities and arrogance, too. He’s been in a position to see how forest practices and local politics collide: Britton survived a recall attempt after the 2015 Canyon Creek Fire, which burned more than 110,000 acres and destroyed 43 homes, when he and other officials declined to seek an investigation of the blaze.

But the tension over Forest Service practices goes back further, Britton said, recalling forest planning during the Clinton administration.

“This is a long, ongoing thing,” he said. “It was obvious that we needed to do a lot of work in the forest, or we were going to lose it all.”

In this case, the Oct. 19 prescribed fire jumped a road and burned about 20 acres on a private ranch owned by the Holliday family, officials said. The family has estimated to local publications that 40 acres on its property were burned in the fire.

The Forest Service said it put the flames out within about an hour.

Britton said an undertone of distrust persists toward the Forest Service, despite officials’ efforts to collaborate with residents and groups on managing the Malheur. There’s a perception, he said, that federal officials believe they know more about how to manage the land than local residents who’ve been in the area for generations.

“That’s a little hard to deal with,” Britton said.

Add to the undercurrent, Britton said, that the area around Bear Valley, Ore., where the incident occurred, is not always an easy place to live, with high winds and winter temperatures that can dip well below zero. “They’re a tough bunch, and they’re a proud bunch.”

Several people who work on policies surrounding the Malheur and prescribed fire told E&E News they were reluctant to talk about prescribed fires at all because of the heightened tensions.

A consulting firm in the area that uses prescribed fire, Grayback Forestry Inc., touts the practice for reducing hazardous fuels and protecting homes, along with the forest thinning and other services the company provides. “Prescribed fire can eliminate years of dangerous fuel accumulation and thereby reduce the risk of catastrophic wildfire,” the company said on its website.

But Grayback’s base manager, Dave Hannibal, cited the frayed nerves in Grant County in declining to discuss prescribed fire with E&E News.

“At this time the company, as well as myself, will not be making any statements regarding this incident or the larger issues surrounding prescribed fire until more information comes out and this situation has simmered down a bit,” he said.

A family member who was on the scene, Mandy Holliday, said Tuesday she’s “not 100 percent opposed to prescribed burns.”

Holliday said there are other tools forest managers can use, such as thinning the forest with chain saws and other equipment, including before any planned fires. “They are useful in different situations, just not this one,” she said.

“Investigations of this type may take several weeks, or even months to complete,” Carpenter said in a statement. “Once the investigation is complete, it will be reviewed and a decision will be made as to whether a charge will be made or not. There is no need to rush to judgment and doing so would not result in a just outcome for anyone.”

Holliday declined to talk about the Oct. 19 fire, saying the family has decided to lie low while the inquiry goes on. “We just don’t want anyone to get in trouble.”