Buyout stories: ‘We are kind of being hollowed out’ 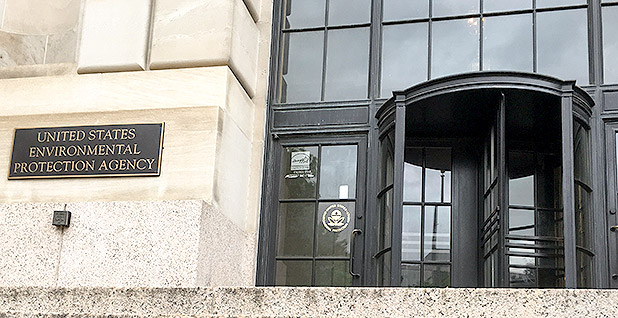 Now 64, she had worked at the agency for 26 years, restoring wetlands along the Gulf Coast and policing Superfund compliance. But Aldridge’s husband died last year, and then the election ushered in the Trump administration — and a reckoning for EPA.

Aldridge accepted an offer from EPA’s fiscal 2017 "early out" and buyout round, known formally as the Voluntary Early Retirement Authority and Voluntary Separation Incentive Payments, or VERA/VSIP, program. Approved by the Office of Personnel Management, the buyouts offered this summer are part of Administrator Scott Pruitt’s efforts to reshape EPA and a greater Trump administration push to reorganize the entire federal government.

Those buyouts could hinder the agency’s operations, warned Clovis Steib, president of American Federation of Government Employees Local 1003, which represents employees in the Dallas office.

While hundreds left EPA under this year’s buyout program, the agency had proposed for many more to exit. It offered to buy out 1,227 positions during this latest round (Climatewire, July 17).

"About 70 percent of people eligible for a buyout chose to stay at EPA under Administrator Scott Pruitt’s leadership to refocus the agency on back to its core mission of providing Americans with clean air, land and water," Bowman said.

In Philadelphia-based Region 3, 40 employees left in the latest round. Twenty-nine employees left the Region 7 offices in Lenexa, Kan., while 28 employees in both Chicago’s Region 5 and Dallas’s Region 6 accepted offers.

Lynda Deschambault, a trained chemist, had no plans to leave her post at the agency. She was a remedial project manager overseeing the cleanup of the abandoned Leviathan open-pit sulfur mine in California’s Alpine County, a Superfund site.

In an Aug. 31 letter to her colleagues, Deschambault, 56, laid out the issues fueling her decision to leave, including concerns about unhealthy air quality at the San Francisco office and questions surrounding the agency’s efforts to "streamline" the Superfund program and how doing so would affect her work at the Leviathan mine.

Deschambault said programmatic cuts to the Superfund program had taken their toll and the agency has struggled to keep pace with a growing list of contaminated sites. When she asked management about Pruitt’s efforts to "streamline" the program — and what that meant for her work at the Leviathan mine — she was told to "strive for compromise and try to be as ‘invisible as possible,’" according to her letter.

"On a philosophical level, the recent political pressures and bureaucracy have created an atmosphere that is at odds with our agency’s stated mission," Deschambault wrote.

"For the people that leave, they are assigning their work to existing staff," Sims said. "I think it’s a bad thing because it means the work is being done less effectively."

Brendan Doyle worked in EPA’s research office, specifically as a senior adviser in the National Homeland Security Research Center. With 32 years of service at the agency, he had seen both Democratic and Republican administrations come and go.

Some employees leaving EPA had similar sentiments as Doyle. Joe Janczy, 52, who worked in Madison, Wis., to help oversee the state’s drinking water program as part of the EPA Region 5 team, said he didn’t want a younger person to lose his or her job if he remained.

"It didn’t appear from the people being selected by the Trump administration that they were going to be favorable to decisions coming from the regulatory agency," he said. "The Scott Pruitts of the world, it all eventually trickles down. They select people of like mind, and it cascades down."

More buyouts may be in EPA’s future.

Under the agency’s fiscal 2018 budget justification, EPA proposes drawing $68.15 million from various program accounts for "workforce reshaping." The agency anticipates the need to offer again early out and buyout packages as well as pay for employees’ relocation costs.

The report for the House-passed funding legislation for EPA generally agrees with the agency’s effort to streamline its workforce. The report for the Senate appropriations bill is also in favor of the initiative.

Mike Mikulka, president of AFGE Local 704, which represents Region 5 employees, said although the House and Senate bills’ funding cuts are not as deep as what was proposed by President Trump’s budget plan, both pieces of legislation still target environmental programs and management.

"I believe they’re going to scale back what the agency does in fact do and try to essentially foist it onto the states," he said, adding they have their own budget problems. "There’s not going to be as much environmental protection."

Legislation moving through the Senate would boost the buyout payment offered to workers. The bill, sponsored by Sen. James Lankford (R-Okla.), would raise the cap on employees’ incentive payments for buyouts from $25,000 to $40,000 as well as adjust the limit in accordance with the consumer price index.

"If it gets up to $40,000, there may be more than 28 people taking the buyout, if it’s offered," he said, referring to the number of Region 5 employees who took a buyout this last round.

For now, "I’m just around the house, fixing up the house and getting ready for Thanksgiving," Janczy said.

Deschambault, who’s also a former mayor of Moraga, Calif., is focusing on the nonprofit she co-founded, the Contra Costa County Climate Leaders, or 4CL, and taking advantage of the holiday break to head off to Baja, Calif., to take part in a four-week Spanish immersion language course.

"Perhaps I can weld my ‘out of EPA’ job into my next career," she said. "I have to work; I was not prepared to retire. This was a reluctant choice to leave."